Originally set for a theater release them nabbed by Hulu, “Run” is a “Mommy Dearest” styled psychological thriller that highlights an often underrated actress while welcoming an exciting young newcomer. It’s also the sophomore effort from director Aneesh Chaganty who earned a lot of well-deserved attention for his 2017 tech thriller “Searching”.

In “Run” Chaganty (who also co-wrote the script with Sev Ohanian) examines mother/daughter relationships through a sleek Hitchcockian lens. In his film Sarah Paulson plays Diane, a devoted single mother who has cared for her wheelchair-bound 17-year-old daughter Chloe (Kiera Allen) since her troubled premature birth. That means raising her, homeschooling, and tending to her numerous medical needs. “No one in the universe loves their kid as much as I do.” 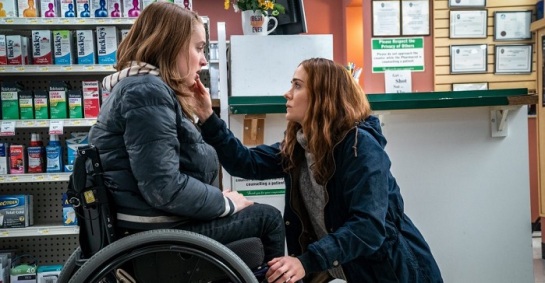 At first look their relationship seems heartwarming, even inspiring. Sure Diane is a bit overprotective but she clearly loves her daughter. Chloe on the other hand loves her mother but she’s eager to leave the nest, anxiously awaiting an admission letter from The University of Washington.

Chaganty doesn’t waste time showing cracks in Diane’s psyche and the smart, resourceful Chloe begins questioning her mom’s restrictions. Things like her refusal to let her daughter have a cell phone, no internet browsing, and Diane’s insistence on being the only one who gets the mail. Things get even fishier when Chloe finds a bottle of her pills with her mother’s name on it instead of hers. 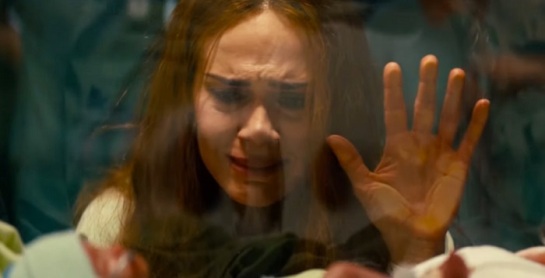 As you can guess things get darker and deranged as we learn the lengths momma will go to keep her baby under her wing. Paulson’s methodical portrayal of an unhinged Diane is terrific, revealing a deeply sinister edge to the character without going overboard. And Allen is a convincing foil, nailing down several demanding scenes with both physical and emotional commitment.

Sadly the movie does run out of steam before sticking its big batty finish. And while I liked the nuttiness of the last act, countless questions came to mind once the obligatory reveals started pouring in. And to be honest, it took a ton of effort to look past them. Still, “Run” is a sneakily absorbing thriller that pokes at the idea of a mother’s domineering love and a child’s blind trust. And the two central performances keep us glued to the screen even when things get a little hard to swallow. “Run” premieres Friday, November 20th on Hulu.