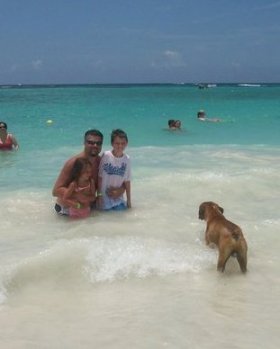 So who is Keith from Keith & the Movies you ask? I was born in 1971 and raised in a rural south Arkansas town. There’s little that actually stands out about me. I’m a normal guy blessed with an incredible wife of over 27 years and two beautiful children. I’m active in my church, I’m a sports guys, I enjoy video games, and of course there’s the whole movie thing.

My love for movies started long ago. Growing up I was nuts about them, and one of my favorite things to watch was “Siskel and Ebert”. I watched it faithfully through its various name changes and incarnations. It opened me up to cinema, and I was convinced film criticism was what I wanted to do. I had several small movie-related hobbies – some pretty normal; others rather obscure (I collected newspaper clippings of movie posters for films showing in local theaters. Don’t judge).

Eventually I developed a real appreciation for Humphrey Bogart and he quickly became my favorite actor. To this day I’ve collected ver 60 of his films on various formats, and have collected all sorts of Bogart memorability including a life-sized cardboard cutout, limited edition stamps, magnets, a necktie, biographies, and even a certified death certificate (Again, don’t judge). In a nutshell, Bogart’s the man and I’ve been called “fanatical” (by my wife of all people). 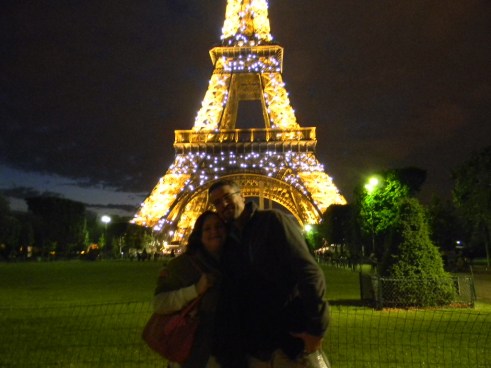 With my wife Jacki – Paris, France

I like to think that I have a huge range when it comes to movies. I like the classics, I like independent movies, I like blockbusters, I like foreign language films. I enjoy action, drama, romance, horror, thrillers, comedies, you name it. If the movie is good I can enjoy it regardless of the genre. And it’s that love for movies that has led me to write about them through Keith & the Movies.

In addition to my website, I’m also a film critic for the Arkansas Democrat-Gazette. I’ve had the honor of being a film festival jury member, and recently became Rotten Tomatoes certified. But I’m still very much invested in this site. Hopefully there’s something here that you will find enjoyable, entertaining, or informative. As long as it’s fun and people enjoy it, I plan to keep going. So thanks for the visits, the “likes”, and the comments. You keep me doing this! 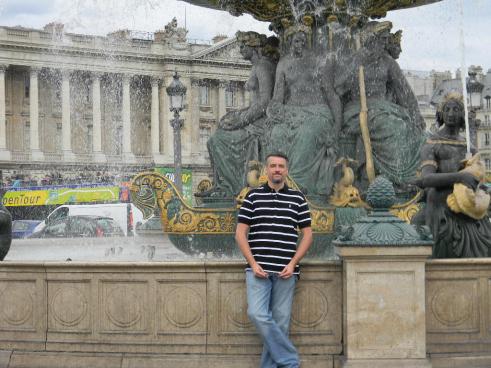