Your Voices is a simple concept created to encourage conversation and opinions between movie lovers. It works like this: I throw out a certain topic. After that I’ll make my case or share my opinions. Then it’s time for Your Voices. Head to the comments section and let fellow readers and moviegoers know your thoughts on the topic for that day! 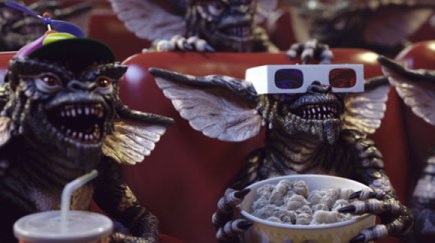 I harp on this ad nauseam but I just can’t help it. I’m a big fan of the comedy genre. I mean who doesn’t love the chance to kick back and enjoy some good laughs? Dating all the way back to the great comedians of the silent movie era, comedies have always had a strong footing in the world of cinema. But to me that footing has grown more unsure over the past several years. In fact it saddens me to say that I rarely watch modern comedies and there are a variety of reasons.

Modern comedies mainly consist of the amateurish Adam Sandler kind of slop to the raunchy, vulgar crap that we seem to get every single month. Sparsely scattered between these films are the rare smart and original comedies that are becoming fewer and farther between. Apparently there is a market for what is being put out there. Take Sandler for example. His movies routinely do well at the box office. They are also routinely awful. And then there are the raunchy comedies which seem to come out regularly in one form or another. Obviously that means there are a lot of people who like it. Personally I’ve never found vulgarity and raunch to be funny. So my choices in today’s comedy genre are pretty limited.
&’

YOUR VOICES: What are your thoughts on the state of the comedy genre?

So now it’s time for Your Voices. What do think about the comedies that come out these days? Do you share the same annoyances I do? Are you a fan of where things stand? Please head to the comments section and let Your Voices be heard.

20 thoughts on “Your Voices: On the State of the Comedy Genre”

Leave a Reply to The Hot Rod Cancel reply