Operation Anthropoid was the code name given to the 1942 attempted assassination of Reinhard Heydrich, Hitler’s third in command and one of the chief architects of the Holocaust. The secret mission took place in Prague and was carried out by agents of the exiled Czechoslovakian government. It’s also the subject of Sean Ellis’ new film “Anthropoid”.

“Anthropoid” isn’t the first movie to share this remarkable true story, but it is the first since 1975’s “Operation Daybreak”. Ellis directs, shoots, co-writes, and co-produces this taut wartime thriller that moves from methodical and restrained to intense and explosive in the snap of a finger. This unique shift in pace seems to have been a problem for some people. For me it represented two very different sides of a story that are intrinsically tied together, so much so that their eventual clash was inevitable.

Jozef Gabčík (Cillian Murphy) and Jan Kubiš (Jamie Dornan) are Czech secret agents tasked with carrying out Operation Anthropoid. The two covertly slip into the Nazi-occupied city of Prague where they meet up with the dwindled Czech resistence led by Jan Zelenka-Hajský (Toby Jones). The early part of the film focuses on preparation and reconnaissance. They meet up with the rest of their team and begin planning their mission.

Ellis adds several layers to these early scenes. First is the layer of fear that blankets everyone Jozef and Jan encounter. Heydrich’s brutal presence in Prague has left the resistence in shambles and sympathizers terrorized. So many moments, even quiet ones, are soaked with anxiety and stress. This everpresent tension leads to bouts of distrust, uncertainty, and debates over the consequences of their potential actions.

Jozef and Jan do get vague refuges of normalcy through their relationships with two women sympathetic to the resistance, Lenka (Anna Geislerová) and Marie (Charlotte Le Bon). Both are intriguing characters particularly Lenka who hints at a deeper disdain for the Nazis. Romances spring up which don’t feel forced or out of place, but that are underserviced and I wish they were given more time.

Ellis’ pace shifts and the intensity only gets thicker as the assassination attempt gets closer. The final act is edge-of-your-seat thrilling while also being perfectly (and violently) harmonious with the earlier slow-burning buildup. Ellis’ camerawork in the final act offers up some of the most visually gripping sequences of the year. 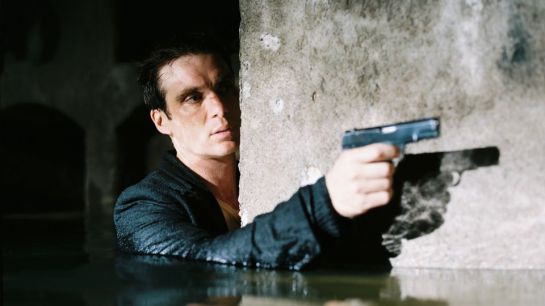 One of my favorite things about “Anthropoid” is that it feels grounded and authentic. There is no stilted dialogue or grandiose verbiage. There is no sign of Hollywood formula, overwrought melodrama, or heavy sentimentality. It feels genuine and true to the story it’s telling. And while some may struggle with Jozef and Jan’s lack of backstory, I was drawn to their humanity and invigorated by their valor and conviction. And it is all conveyed without a flashy coat of studio gloss.

“Anthropoid” is refreshingly earnest and subtle. It has confidence in the compelling strength of its story and feels no need to embellish it or the characters. That same confidence allows Ellis to put more of his focus on an accurate historical portrayal. Sure, it may not be a common crowd-pleasing approach, but when it comes together this potently I can’t help but love it.