There are moments in the historical war picture “Free State of Jones” where everything feels right – from its impassioned story to its artful attention to period detail. But then there are times when the flow of the narrative falls apart and the filmmakers seem to be biting off more than it can chew. Such is the dilemma with this riveting yet frustrating Civil War era mini-epic.

Oscar nominated writer Gary Ross pens the screenplay and directs this fictional story based on the historical account of Newton Knight, a southerner who led a group of deserters and escaped slaves up against the confederacy. Ross focuses on Newton and his impact on Jones County, Mississippi from the height of the Civil War through to the Reconstruction Era. Ambitious and  thoughtful, but a bit more than his film can handle. 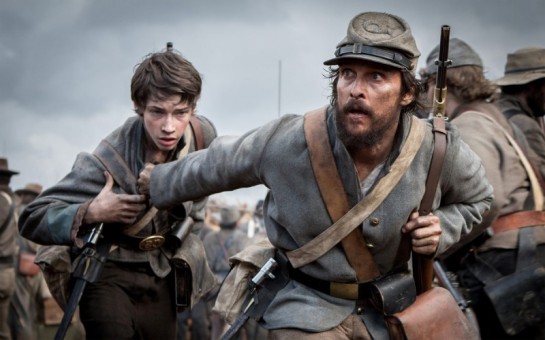 A perfectly cast Matthew McConaughey plays Newton. McConaughey almost naturally projects what you need from this character – scraggly unkept beard, tired and worn face, seamless southern drawl. We first see him performing his field medic duties for the Confederates at the Battle of Corinth. His war-weariness and disillusionment finally reach their boiling points and he leaves his unit. Wanted as a deserter, Newton is forced to hide in the swamps where he befriends a group of escaped slaves.

Their numbers begin to grow as more deserters break ranks and seek refuge in the swamps. Ross settles here a bit and builds some relationships particularly between Newton and a young house slave named Rachel (warmly played by Gugu Mbatha-Raw). We also see a growing unease as desperate Confederates begin ransacking local farms and stealing crops to supply the failing war effort. Newton’s newly founded militia fight back across southeastern Mississippi until the war ends in 1865.

From there Ross ventures into the Reconstruction Era which is where his story begins to lose its footing. The smoothly paced narrative gives way to a chopped up historical checklist of events that are interesting but terribly underserved. Post-war subjects such as local manipulation of slavery laws, freedman voter registration, KKK violence and democratic election fraud are addressed by title cards or brief segments. The story is constantly leaping forward in time never staying on a subject for more than a few minutes. It leaves the impression that Ross ran out of time, ran out of funds, or maybe both. 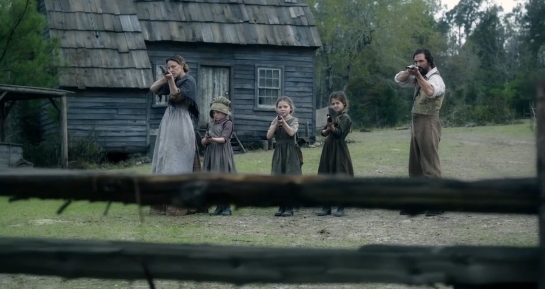 It’s really a shame because Ross doesn’t shy away from the issues be it southern slave persecution or northern indifference. But he skims over the latter stuff leaning on didacticism over drama. The final third ends up being the film equivalent of history CliffsNotes. And there are instances where time could have been used better. We get a series of flash-forwards to a court room sequence some 85 years into the future. It’s not that effective and it took time away from more interesting parts of the story.

Newton Knight has remained a controversial figure. While Ross portrays his legitimate heroic side, he strategically prunes a portion of Newton’s personal life that you could call objectionable. After the war Newton lived on a farm with his wife AND his common-law wife (the Rachel character). He had fourteen children between the two women. This other layer of Newton would have been fascinating to explore. Then again the film struggles to cover everything it does include. But when it is on point “Free State of Jones” is a well-made film that’s both gripping and informative.