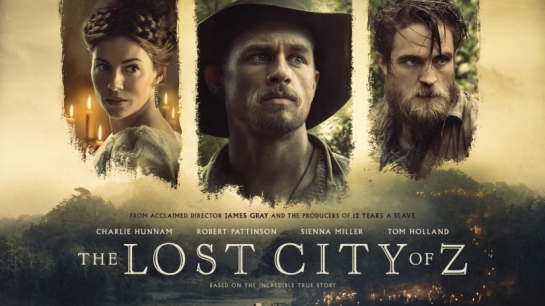 “He’s been rather unfortunate in his choice of ancestors.” We get this key line of dialogue early on in James Gray’s masterful biographical adventure “The Lost City of Z”. This snide, condescending jab is aimed at the film’s lead character Percy Fawcett and surprisingly it gives a ton of insight into what makes this complex fellow tick.

Percy Fawcett was a British officer, geographer, and eventual South American explorer. His intriguing life was made all the more fascinating by his mysterious disappearance in the Amazon during a 1925 expedition to find a long-lost ancient city. Many theories blossomed concerning his vanishing but there has never been any concrete evidence to help determine his fate. 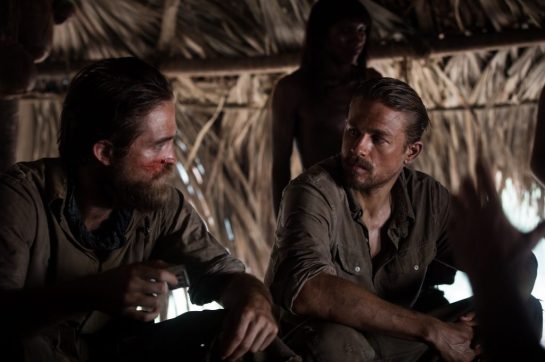 James Gray writes and directs this sweeping epic that’s based on David Grann’s 2009 book. As with his previous film 2014’s “The Immigrant”, Gray exhibits  a strickingly classical form of filmmaking and an impeccable eye for period detail. There is an undeniable familiarity with many of his visual and narrative choices, yet he stays away from common cliches and he’s not afraid to hold a magnifying glass to subjects glossed over in similar movies.

Fawcett is played with sturdy authenticity by Charlie Hunnam whose performance travels the spectrum from dashing and gentlemanly to rugged and determined. We first meet him in 1905 where he is stationed in Ireland but called to London to meet with the stuffy heads of the Royal Geographical Society. He’s offered an assignment that would allow him to redeem his family name and finally earn officer decoration that has unfairly been denied him due to his father’s (wisely unexplored) past transgressions. The mission – represent the British government as a neutral party in surveying and mapping the border between the warring Brazil and Bolivia.

Fawcett agrees but it will require him to be away from his young son and wife Nina. She’s played by Sienna Miller who is very good here. Nina is a strong progressive type but is also supportive of her husband. She vanishes for a good chunk of the film but plays a more significant part in the second half. We also get Robert Pattinson in another absorbing yet slightly underutilized role. He plays Corporal Henry Costin, a man familiar with the Amazon who faithfully accompanies Fawcett on his mission.

Upon getting wind of an alleged lost city somewhere deep in the Amazon, Fawcett is driven to push further into uncharted territory to prove its existence. Gray does several interesting things here. The dangers of the land grow more and more evident yet Gray and cinematographer Darius Khondji offer a unique perspective. Often the dangers are camouflaged by a liberating sense of calm and beauty captured through the camera. I don’t mean to say it’s romanticized. In fact at times it feels downright tranquil – the result of a crafty visual touch that puts us in tune with Fawcett’s point of view. 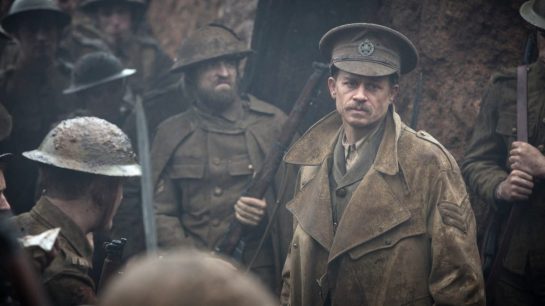 It’s also interesting to watch Gray tilt the Fawcett character towards madness without ever letting him topple over. Both script and performance move him dangerously close to the mental edge, but he never ceases to be sensible and empathetic. Hunnam is a perfect canvass for this, equally balancing Gray’s call for rationality and obsession. And despite the film’s massive scale, it always maintains an intimacy with its lead character.

“The Lost City of Z” is as beautiful and mysterious as the isolated world it explores. You can’t help but see shades of Herzog’s “Aguirre, the Wrath of God” and “Fitzcarraldo”. Even touches of John Huston come to mind. Yet remarkably James Gray has created a movie that feels completely of itself. It’s his best film. It’s Hunnam’s best performance to date. It’s one of my favorite movies of the year.