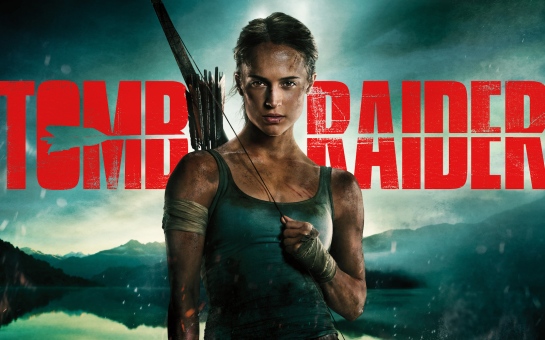 As a younger video game enthusiast I remember being excited at the news of “Lara Croft: Tomb Raider”, a 2001 movie based on the “Tomb Raider” video game franchise. It seemed ripe for the big screen with potential to be an Indiana Jones styled action-adventure. While it certainly couldn’t hold a candle to the three true Indy pictures, it was a fun and successful adaptation. A sequel followed – not quite as good and not quite as successful.

The video game series started in 1996 and over the years has seen several sequels, remakes, and spin-offs. The most recent reboot was in 2013. The game from developer Crystal Dynamics was critically acclaimed and wildly successful. It would become the highest grossing game in the franchise. Players responded to the grittier tone and human element that was sometimes overlooked in past games. 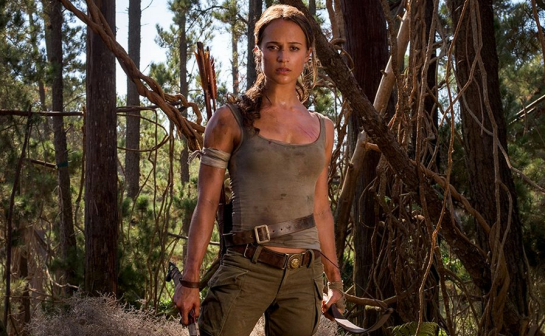 Now the movie series returns, freshly rebooted and based on the most recent incarnation of the “Tomb Raider” games. And like its inspiration, it seeks to be grittier and more focused on giving us a more human Lara Croft. For the most part the movie succeeds.

The first smart decision was casting Oscar-winner Alicia Vikander. She gives us a Lara who is considerably more grounded than Angelina Jolie’s version from the previous films. Vikander’s portrayal is anchored by heartbreak, vulnerability and uncertainty. She isn’t a swashbuckling tomb-rainding buttkicker by nature or desire. The story frames her as a heartbroken young woman at a loss following the disappearance of her father (played by Dominic West) some seven years earlier.

But Lara is also full of determination and bravery. An unexpected clue leads her to her father’s secret study at the family’s now abandoned estate. There she discovers her father last set off for a mysterious remote island outside of Hong Kong. Through a ‘if you’re watching this I must be dead’ recording he commands Lara to destroy all of his research regarding the island. Instead she uses it to find the location and heads there in hopes of discovering what happened to him.

This opens the rather obvious door to Lara’s adventure. She runs into Walton Goggins who plays Mathias Vogel, the film’s chief antagonist. Turns out he heads an expedition on the island to find the same ancient tomb Lara’s father was seeking. Goggins is an unexpectedly fun choice. He brings a subtle (and slightly humorous) wide-eyed madness to his character who is a bit stir-crazy from his years on the island. For Lara it becomes a journey of revelation and self-discovery as she finds herself at odds with Vogel and his band of mercenaries. Oh, and of course there is also the tomb and the potentially devastating power it may hold. 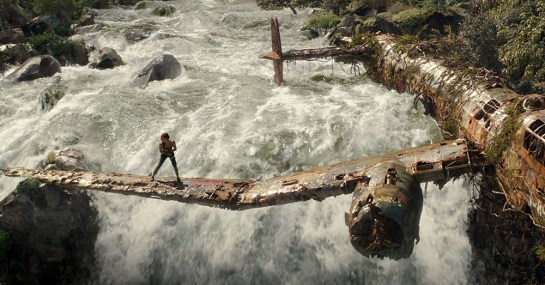 Director Roar Uthaug’s last film was the excellent 2015 Norwegian disaster picture “The Wave”. Here he is given a much different canvas but the sharp camera eye from his previous movie remains. The action scenes are shot with energy and clarity. No annoying rapid-fire quick cuts or shaky hand-held approach. He also wisely stops at certain points and sets his camera on Vikander allowing her to flesh out pieces of her character through her performance. That may sound a bit obvious, but far too often directors don’t give good performers that room. And again, Vikander is spot-on.

Does “Tomb Raider” break new ground or change the movie landscape? Not hardly. But is that a prerequisite for every film? Absolutely not. Will it be pigeonholed as just another video game movie? I think we’ve already seen some of that. But when you toss aside any preconceived notions or sky-high expectations, what you get is a fun and often times thrilling action-adventure with a strong, believable female protagonist . It’s a nice new foundation for a franchise. Unfortunately due to some iffy box office numbers that may not happen. What a shame.