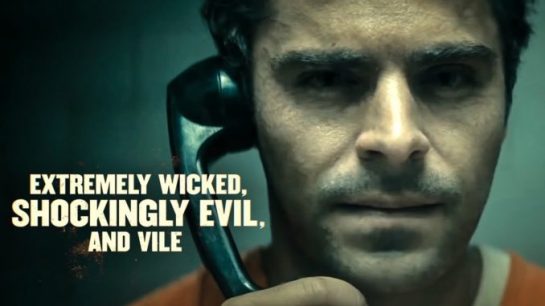 No movie title could better describe Theadore Robert Bundy, a brutal American serial killer and rapist whose vicious crimes spanned seven states throughout the 1970’s. His victims of choice, young females who were drawn to his charisma and good looks. He would eventually confess to thirty murders but the true number could be even higher. The title is a quote from Judge Edward Cowart (portrayed here by John Malkovich) who stated it while sentencing Bundy to death.

Director Joe Berlinger and screenwriter Michael Werwie base their film on The Phantom Prince: My Life with Ted Bundy, the memoir of Bundy’s former girlfriend and fiancé Elizabeth Kendall (played by Lily Collins). It’s set up to be told from Kendall’s perspective and early on the film does a good job of that. But she’s all but lost in the second half, tossed aside as Berlinger’s documentarian roots take over. The finale tries to justify her absence by giving her a ‘moment’, but it’s a little too late. 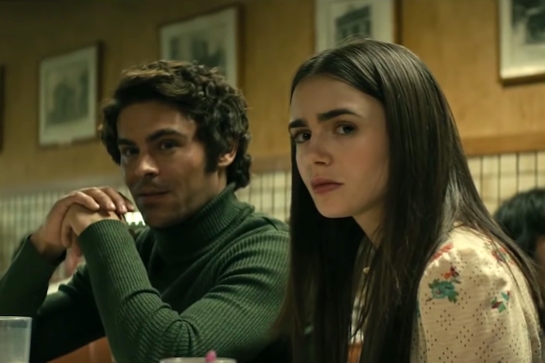 Zac Efron as Bundy was an inspired choice and he manages to deliver a career-best turn. He’s both charming and chilling but the effectiveness of the performance may depend on how much you already know about Ted Bundy. Why do I say that? The film doesn’t dig deep into his crimes like you would expect. With the exception of one quick scene at the end, we never experience the violence. Instead the bulk of the story deals with the accusations, arrests, and courtroom drama. If you know nothing about Ted Bundy it would be easy to see the film as slightly sympathetic in its portrayal.

But that perspective changes if you know the true story of Bundy’s vile, deranged, and grotesque madness. That’s when Efron’s performance shines brightest. He exudes the manipulative charms that attracted young women who would soon be his prey. And it’s those same charms that kept a nation fixated on their television newscasts. And knowing the seductive nature of those charms is what makes Efron (like Bundy) so chilling. It’s only later that the film conveys the true depths of his delusion. 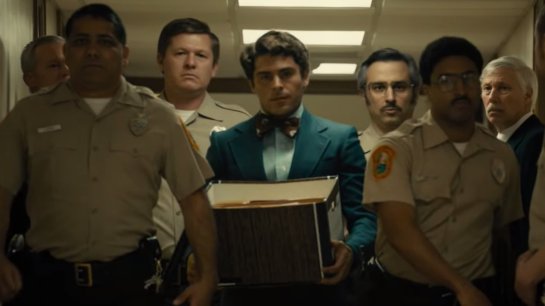 Bundy spent years denying the mounting evidence as a fascinated country watched through an equally obsessed news media. A huge part of the film is Bundy’s constant declarations of his innocence and his quest to win the court of public opinion. He frequently uses his law student savvy to dig himself out of holes with authorities and with Liz. And speaking of Liz, one thing this film does well is showing her as a lost victim of Bundy’s crimes. As news breaks her world is shattered resulting in a descent into alcoholism and depression. It’s a compelling story which is why it’s such a shame when she takes such a noticeable back seat.

This is Joe Berlinger’s second Ted Bundy related project for Netflix this year. The first was the exceptional 4-episode docu-series “Conversations with a Killer: The Ted Bundy Tapes”. Do yourself a favor and see it before watching “Extremely Wicked, Shockingly Evil and Vile”. It will give you the important perspective the latter film has a hard time establishing. And when you have that perspective “Extremely Wicked” is a pretty chilling experience. But without it, I can see people being left scratching their heads.