Great movies come in all shapes and sizes. That’s a rather lame way of saying there are great movies from all genres. But great movies aren’t by necessity ones you watch over and over again. In fact some can be dark, disturbing, and difficult to sit through while still being truly wonderful films. Today’s Phenomenal 5 looks at five incredible movies you may never want to watch a second time. Now with so many to choose from I wouldn’t call this the definitive list. But there’s no denying that these are truly phenomenal (even if you only see them once).

Mel Gibson’s passion project chronicling the final twelve hours in the life of Jesus polarized critics. Much of it came from Gibson’s unwillingness to compromise in depicting the graphically violent nature of Jesus’ scourging and crucifixion. The bloody brutality overwhelmed some and provided ammo for others looking for reasons to dismiss the film. But many were moved by the intensity of the realism despite it being excruciating to watch. And its impact and its message has stuck with a particular segment of cinema fans. 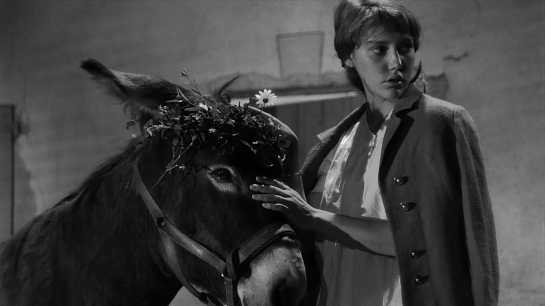 This 1966 classic from acclaimed French auteur Robert Bresson is as heart-crushing as it is brilliant. The movie follows a donkey named Balthazar who is passed from owner to owner, many of whom are cold, callous and abusive. Bresson’s movie is rich with symbolism but it’s the potency of his images that makes this such a difficult watch. The moments of compassion Balthazar experiences are few, but we cherish each one as a welcomed respite from the abject cruelty that defines most of his life. It all packs one massive emotional wallop.

Michael Haneke has a reputation for pulling no punches in his movies. This sometimes makes for brutally uncomfortable yet deeply affecting cinema experiences. None of his movies personifies this more than “Funny Games”. In giving a stinging rebuke of violence in the media and our penchant for absorbing it, Haneke tells a story that is horrifying both narratively and visually. Many people were repulsed by the film and the graphic nature of its violence. I think it makes a powerful statement despite being one of the hardest films I’ve ever sat through. 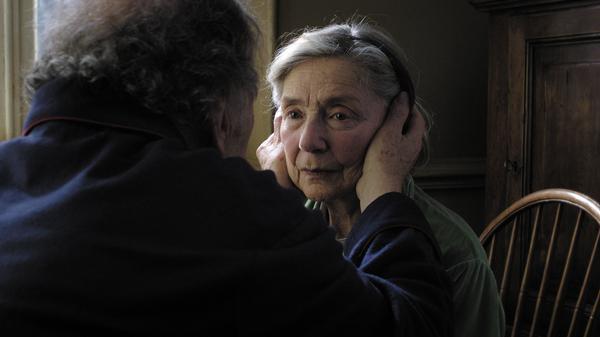 It may surprise some that a movie titled “Love” would be so incredible difficult to watch. But Michael Haneke (yes, again) looks at love in its truest and rawest sense. “Amour” follows a loving elderly couple exquisitely played by legendary French stars Emmanuelle Riva and Jean-Louis Trintignant. The wife suffers a debilitating stroke and the husband is determined to care for her himself. By highlighting the daily routines, Haneke shows the deep commitment (aka the love) it takes to care for a ailing loved one. And as her condition worsens it becomes even harder to watch. Still, it so beautifully examines an element of true love that is rarely considered.

Steven Spielberg is credited with so many great films but none are quite like his historical masterpiece “Schindler’s List”. Holocaust movies are important and (as their subject matter dictates) they are naturally tough to watch. “Schindler’s List” more so due to Spielberg’s earnest and passionate desire to show the Nazi atrocities without taking shortcuts. The intensity of the Jewish roundups, the inexplicable horrors of the concentration camps, the heart-wrenching emotions of all those victimized. It is all depicted in vivid detail. I love “Schindler’s List”, but it leaves a mark on me every time I watch it.

So those are my choices of great movies that you may never want to watch a second time. What do you think? What would have made your list? Let me know in the comments below.