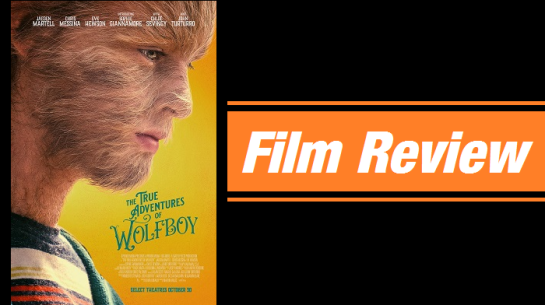 I can honestly say I had no idea what to expect from “The True Adventures of Wolfboy”. I mean let’s be honest, its title alone lends itself to a wide range of expectations and conjecture. But the emotionally rich opening ten minutes let me know I had misjudged this coming-of-age indie. I’m not saying it’s without flaws, but don’t let it’s curious title fool you. “Wolfboy” has a heart and a message that will resonate with many. I just wish the second half was a little more sure-footed and the finish as impacting as the beginning.

The opening scene hints that “Wolfboy” is more than your standard fare. A 13-year-old boy named Paul (Jaeden Martell of “It” fame) looks into a mirror desperately trying but failing to convince himself that he’s “a normal boy”. Paul has “a condition” that causes thick hair to grow all over his body including his face. As a result he’s considered an outcast and subjected to constant ridicule and bullying. It’s so bad Paul wears a ski mask to hide his face. It’s a heartbreaking scenario especially when it becomes clear the cruelty is taking a toll. 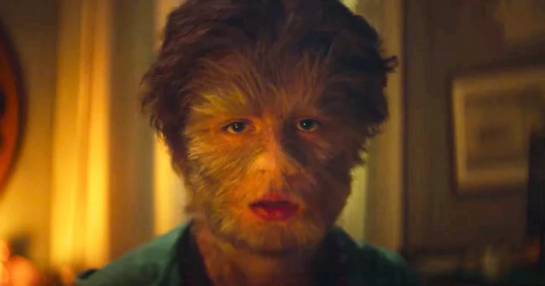 Paul’s mother ran away after he was born leaving his father Denny (Chris Messina) to raise him. Denny clearly loves his son, but his well-meaning yet misguided “help” clearly isn’t working. Things like asking Paul to take off his mask at a crowded carnival so he can stand up for himself against the inevitable reactions he will get. Or offering to send him off to a private school for ‘special’ kids. It’s one of those cases of a father who never seems able to say the right thing. Meanwhile Denny is growing more and more frustrated at his inability to make things better for his son.

On his birthday a mysterious package arrives for Paul. Inside is a note from his mother claiming that answers await him at a Pennsylvania address whenever he’s ready. A flustered Paul grabs a map and sneaks away from home, heading to the Keystone State in hopes of finding his mother and the happiness that has long escaped him. But he quickly learns that it’s the journey itself which opens up the world to him and sets him on his path of true self-discovery.

It’s here that director Martin Krejčí and screenwriter Olivia Dufault shift to a road trip movie of sorts, introducing several unique characters for Paul to encounter along the way. First he has a run-in with a slimy, opportunistic carnival owner named Mr. Silk (John Turturro). After that he’s befriended and joined by the enigmatic Aristiana (Sophie Giannamore), a hard to figure out character who sometimes seems more fantasy than real. And later he meets a hellion named Rose (Eve Hewson) who sports a killer eye-patch and has a penchant for robbing convenient stores. For Paul it ends up being an adventure full of firsts. 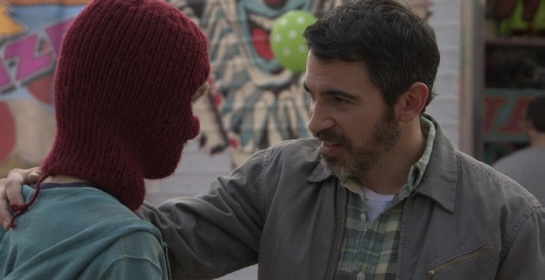 The ragtag group of new friends bounce from place to place on the road to Pennsylvania. It’s here that the movie hits a few snags. While the group’s antics convey a sense of liberation for Paul, the scattershot storytelling causes the film to lose some of its intimacy. Characters have some worthwhile moments together, but they’re often bookended by more playful yet far less compelling scenes. As a result the tone of the story ends up all over the place. It takes Paul reaching his destination for us to once again feel the same deep emotional draw as in the film’s earliest scenes.

Great talents like Chloe Sevigny and Stephen McKinley Henderson show up later in the film and are given pivotal roles but little screen time. Still both bring a needed gravitas to their characters and the story which ultimately plays out as part reality, part fairytale. The two don’t always meld together as smoothly as the filmmakers would like, but I admire its willingness to try new things even if they don’t always land. “The True Adventures of “Wolfboy” premieres October 30th on VOD.