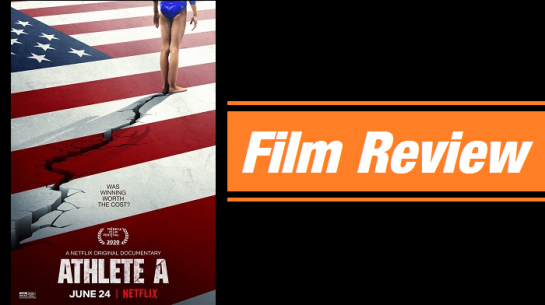 Last year as my first few batches of awards season screeners started arriving they included several movies that had slipped by me during the year. One was “Athlete A”, a Netflix documentary chronicling the the sex abuse scandal that rocked the United States Gymnastics national team. It turned out to be one of the better documentaries from a year full of really good ones.

“Athlete A” comes from the co-directing duo of Bonni Cohen and John Shenk. They not only detail the timeline of the abuse specifically from the once esteemed Dr. Larry Nassar, but they show the dedicated work of the Indianapolis Star’s investigative team in uncovering this appalling scandal. And in a day when the media is under such intense scrutiny, much of it justified, it’s a testament to the value of true investigative journalism in unearthing corruption and in this case sickening abuse.

The film allows plenty of time for the voices of Nassar’s victims, now adult women, who bravely bring the story’s sobering reality into focus. Nassar was the highly respected team doctor for the national team who shrouded his sexual abuse of young gymnasts under the guise of medical procedures. After allegations were made against him by Maggie Nichols the US Gymnastic officials remained silent attempting to minimize the damage. For 15 full months after the allegation, Nassar was allowed to continue treating and abusing young girls before action was finally taken against him. 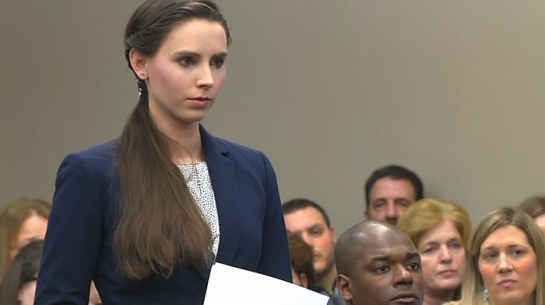 In addition to speaking with the victims and their families, Cohen and Shenk speak to the journalists who investigated and eventually rooted out the story. Not only did they uncover Nassar’s abuse but also the negligence of the USA Gymnastics officials in protecting their girls and taking their abuse claims to the authorities. We also hear from attorneys who prosecuted Nassar’s case and we get to see those powerful courtroom images of the victims bravely coming forward to face their abuser. I remember those clips from news broadcasts and they still pack the same emotional punch today.

“Athlete A” is a pretty standard documentary in terms of style and structure, but it makes up for it where it really counts. Cohen and Shenk get us close to the victims and their pain, follows the determined journalists, and pulls no punches when it comes to the perpetrators. Along the way they take much needed jabs at the ‘win at all costs’ mentality that permeates so many youth sports especially in America. “We love winners in this country.” They reveal how the lines between tough coaching and abuse are blurred and how easy we’ll turn a blind eye when our team is winning. Those are the harmful mindsets that can allow things like this to take place. “Athlete A” is streaming now on Netflix.