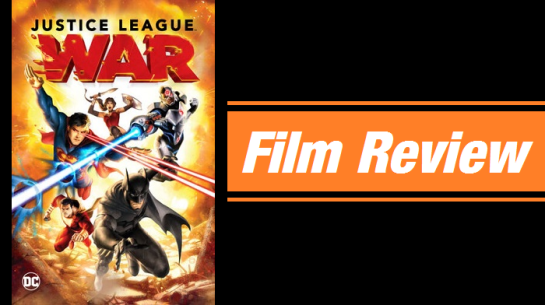 In 2013, “Justice League: The Flashpoint Paradox” ended with the revelation (sorta) of a new alternative DC timeline. This cracked the door to the DC Animated Movie Universe, a shared-world series of feature-length films taking place within the new timeline. The first to fully explore this new space was “Justice League: War”, an action-fueled animated movie that essentially tells the story of the formation of this world’s Justice League.

“Justice League: War” is an adaptation of the 2011 “Justice League: Origin” comic book storyline from writer Geoff John’s and penciller Jim Lee. It told the rebooted origin story of the Justice League of America following the events of “Flashpoint” which reset the entire DC Universe. In the same way, “War” sets out to define this new world while also introducing the major players in DC’s superhero catalogue. Much like “The Flashpoint Paradox”, this is a tall order that proves to be a little more than an under 80-minute movie can cover. But “War” manages the wealth of material in a surprisingly fun and agile way. 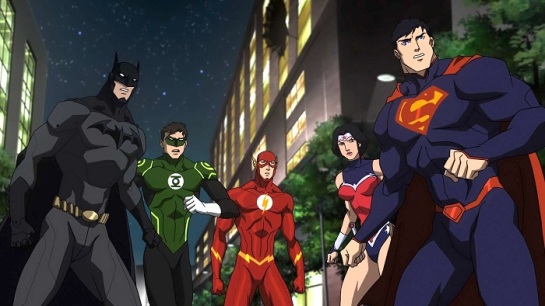 The story begins with Batman (Jason O’Mara) looking into a series of abductions around Gotham City. During his investigation he crosses paths with a wisecracking Hal Jordan aka Green Lantern (Justin Kirk). The two don’t necessarily hit it off but join up to fight a Parademon who leads them into into the sewer where the creature activates a mysterious device called a Mother Box. Unsure of what they’re dealing with, Batman and Green Lantern head to Metropolis to seek the help of a powerful meta-human named (you guessed it) Superman (Alan Tudyk). After a not-so-friendly first encounter, the three join forces to fight the waves of Parademons overtaking the city.

Elsewhere another Mother Box is being studied at S.T.A.R. Labs in Central City by scientist Silas Stone (Rocky Stone). This introduces both Cyborg (Shemar Moore) and Flash (Christopher Gorham) into the story. In Washington DC, Wonder Woman (Michelle Monaghan), serving as a political envoy, arrives to meet with the President of the United States but is greeted by a sea of protesters. Meanwhile a young delinquent foster child Billy Batson (Zach Callison) witnesses a Parademon and transforms into the mythical powerhouse Shazam (Sean Astin). These burgeoning superheroes from dramatically different backgrounds will have to come together once the threat behind the Parademons, Darkseid (Steve Blum) reveals himself. 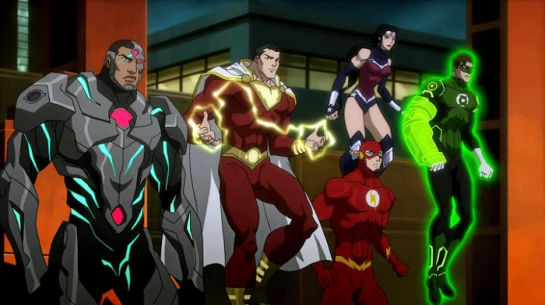 Director Jay Oliva and screenwriter Heath Corson zip through the story with an action-packed pacing that can be both exhilarating and a bit numbing. The big set pieces are well choreographed and nicely animated but eat up so much of the running time, especially in the last 20 minutes or so. And as with many of these films, the action ends up taking precedent over any emotional stakes. The character models are top-notch – a nice combination of classic style and the newer look inspired by Jim Lee’s “Origin” design. The voice work is mostly good especially from O’Mara, Moore, and Gorham (not so good from Astin). But the biggest surprise is the humor. Corson’s script has some unexpectedly well-timed jabs and witty one-liners that land well and aren’t overpowering.

But not everything lands as well. Wonder Woman shines in the action sequences but her cringe-worthy introduction is tough to watch. The movie goes for some wacky fish-out-of-water vibe that makes her more oafish that heroic. Thankfully Oliva and Corson steer away from that in the later scenes. And I can’t help but wish the story took a more intimate look at its characters. As it is, only Cyborg’s story is given a personal touch; Batson/Shazam to a degree. Still, “Justice League: War” is a fun early entry into the DC Animated Movie Universe and serves as a pretty interesting introduction to a world with lots of potential. It’s available to stream on HBO Max.