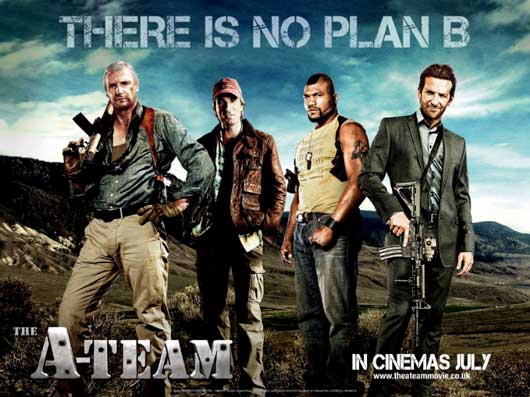 I was a big fan of the original “A-Team” TV show so naturally I was interested in seeing this group of guys move to the big screen. The TV show was a pretty fun mix of over-the-top action and good-natured humor and it found a pretty strong following. Sadly the movie adaptation is a loud, obnoxious, and rather pointless modernization. There’s no doubting the cool factor in seeing Hannibal, Face, B.A., and Murdoch on the big screen for the first time. But the material is so bad and the novelty only carries the film so far before it quickly wears off.

One of the first things to turn me off was the pervasive profanity found in the film. How this movie was able to keep a PG-13 rating is stunning. You name the curse word and it’s there and many are used throughout the movie from start to finish. Don’t be fooled into thinking this is a fun action movie you can take your kids to (much like the TV show). I suppose the filmmakers feel that a movie must be “modernized” in order to attract newer audiences. So they throw in things such as the profanity and changing Face from just a ladies man into someone who sleeps with every woman he encounters (including an adulterous relationship). “Losing it’s innocence” is probably a silly term to use here but I really hated the direction they chose for the film.

Another problem I have is with the way the movie was filmed. Normally I have no problem with jumpy cameras trying to add the feel of “chaos” to a film even though it’s something that’s been done over and over. But in “The A-Team” the film’s camera work and editing is horrible. There are some battle sequences where the shaky camera and hack-and-slash editing are so bad that you have no idea what is happening. Over time this becomes annoying and detracts from the action which is the film’s bread and butter. 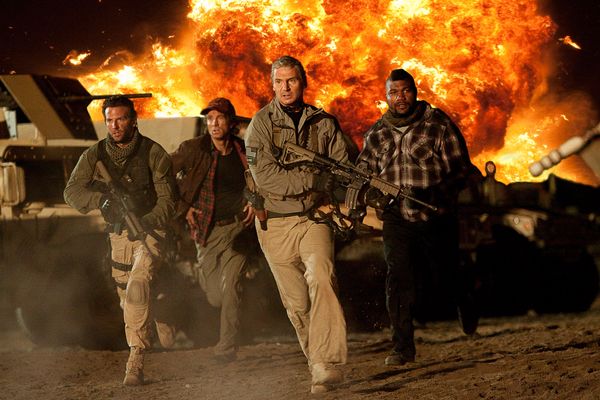 The story is certainly nothing to brag about. In fact, there’s nothing that you’ll remember about it once the end credits roll. It’s utterly forgettable. It’s basically three small missions woven together by a few thin threads of plot. So that leaves it up to the action sequences (and there is alot of them) to hold up the film. There is some wild action and when it isn’t hindered by the editing it can be pretty entertaining. But while it’s full of slick explosions and tons of CGI, some of the scenes are so over-the-top that they come across as just silly. Fans of the TV show will remember that some of the team’s exploits were beyond belief. But it’s nothing like in this movie. You can’t help but to shake your head at some of the stuff you’re seeing.

“The A-Team” does have a decent cast and Neeson and Cooper are particularly good even when the writing lets them down. Perhaps the movie’s strongest points are the exchanges between these two. There is a lot of botched potential here. What could have been a fun, action popcorn escape turns out to be a mess. Some good acting and wild action is overshadowed by pitiful editing, shoddy camera work, and a mediocre story. “The A-Team” is a disappointing film in almost every regard.