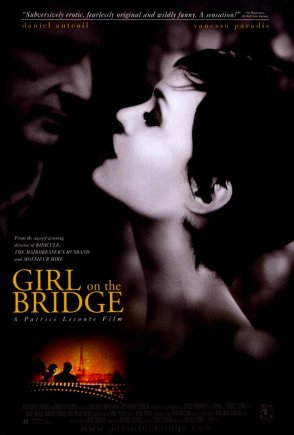 Gabor is a sideshow knife thrower who finds his female assistants on the bridges of Paris. These women aren’t crossing these bridges mind you. No, these women are attempting to end their lives by jumping into the Seine River. Gabor (wonderfully played by Daniel Auteuil) entices them with an unusual offer – join his traveling show as the target girl. If his knives miss them they earn 25% of the profits. If he hits them the girls still get their death wish, just in a more interesting and adventurous way. Now Gabor is no slouch. In fact, he’s an amazing knife thrower. But we learn that he has reached that age where the aim starts to go and his confidence has taken a hit. That’s when he comes across Adèle, a young lady ready to take that ill-fated plunge into the river.

French singer, actress, and ex-Johnny Depp flame Vanessa Paradis plays Adèle, an attractive young woman who finds herself at the end of her rope. We learn in a brilliant but somewhat disconnected opening sequence that Adèle has lost all self-confidence and her entire life has consisted of one failed relationship after another. She has a penchant for jumping headfirst into the lap of any guy who gives her a smile and this misguided search for happiness has left her with no hope. That is until she meets Gabor. He convinces her to join him and the two set out for a series of shows starting in the French Riviera.

The shows go extremely well and Gabor feels as if he’s found his lucky charm. Adèle eventually begins to believe her luck has changed as well and for the first time in her life she feels she’s on the right track. There is an unusual bond that forms between them that can at times be sensual but also telepathic. There is one scene where Gabor seems to be guiding her hand as she plays the roulette wheel. The interesting thing is he is in a different room. We also see them able to converse even when they are miles apart. But director Patrice Leconte never lets us get too comfortable with that conclusion. There are some scenes that draw into question what we are seeing. That hint of doubt and skepticism gives the story an interesting kick. 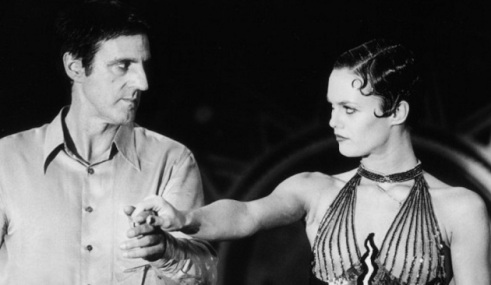 But the real magic of this picture lies in the unusual relationship between these two lost souls. Auteuil and Paradis are fantastic and they sell these two characters beautifully. And let’s face it, it’s not often that we get stories about the sideshow knife throwing scene. But that scene seems a perfect fit for these two. The danger and flirtation with disaster we see in their death-defying act mirrors their mentalities towards life. It seems neither feel comfortable with happiness and both find themselves going back to the same attitudes and poor decisions that has plagued their lives. Leconte plays with these dynamics and manages to inject some humor into them as well. The results are sometimes offbeat and other times quite moving.

“Girl on the Bridge” isn’t just a unique story. It also has a unique visual style. It’s filmed in sharp black and white and the decision to do so was a good one. It served well in capturing the uniqueness that permeates all aspects of this picture. And this is a unique film, but it’s also a very well-written and well conceived picture with a lot of heart simmering under the surface. It does keep you at arm’s-length for a while but everything comes together nicely all the way up to the perfect ending. There are a few minor issues with tone and cohesion, but this is still a very good example of the quality that comes from French cinema. It may not be for everyone but it certainly worked for me.