Whenever anyone thinks of short Hollywood actors the conversation almost always moves to Tom Cruise. At 5’7 Cruise has often had his height pointed out especially when standing next to his current flame or leading lady. But maybe we are a bit too hard on Cruise. Today I’m looking at five other actors who are also short and they may surprise you! While Cruise is the poster boy (and occasional punching bag) for shorter actors, the five I’m listing are solid actors and known movie tough guys whose smaller stature may have flown under the radar. Now there are plenty of actors that fall into this category so this isn’t the definitive list. But it’s safe to say that there are several short actors who are certainly phenomenal.

While he may not be considered a phenomenal actor, I quite like Jason Statham. And he’s probably the biggest buttkicker on this list. But it may surprise you to find that he’s a fairly short fellow standing at only 5’9. But don’t let that fool you. Throughout his movie catalog, Statham has shown that height isn’t everything. In fact, I would call this martial arts guru one of the most charismatic and exciting action movie stars to come along in ages. He jumps, he kicks, he punches, he flips. And think about this – he does it all while only two inches taller than the singled out Mr. Cruise.

Now I have heard a couple of references to Jeremy Renner’s height but overall it goes unnoticed. In fact, hearing that he’s only 5’8 may surprise some people especially considering the many tough roles he has taken on. He’s played a U.S. soldier teetering on the edge, a Marvel superhero, a tough as nails Boston criminal, and an on-the-run hitman. Yet you would never recognize his smaller size in any of his performances. Some haven’t bought into Renner as a strong actor but I’m instantly drawn to anything he’s in. And his 5’8 frame doesn’t hinder my enthusiasm one bit.

Perhaps my biggest surprise in putting this list together came when I found out that Javier Bardem is 5 foot and 11 inches tall. Bardem has had several fabulous roles yet most of which depict him as having a looming build. In “No Country for Old Men” his creepy, brutal Anton Chigurh character came across as a large and menacing presence. And in his role as a psychotic James Bond villain his smaller size is never hinted at. Don’t get me wrong, 5’11 isn’t short, but considering how he is so often shot, it’s surprising.

Tom Hardy is one of my favorite modern-day actors so his shorter size was well known to me. But some people may not realize that the man who played the huge hulking DC Comics villain Bane is a mere 5’9. But his tough guy roles don’t stop there. He’s also played a hard-nosed Prohibition era bootlegger and a brutish mixed martial arts fighter. When Hardy bulks up for a role he really bulks up and his muscle mass does a lot to conceal his smaller frame. But the main thing to me is that he’s a phenomenal actor. That’s probably the biggest thing that makes his shortness such a non-factor. 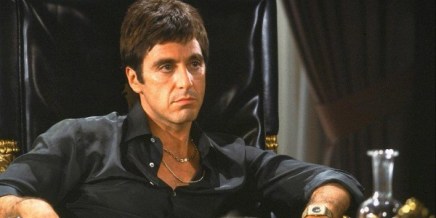 Al Pacino has been around long enough that his size may not surprise many. But he’s still a prime example of how a tough guy actor’s height can go completely unnoticed. And Al Pacino certainly qualifies as a tough guy. From mob boss to drug lord to police detective, Pacino has played each role with a realistic toughness that few others can bring. And regardless of the role, his stature is backburnered due to his fantastic performances and larger than life characters. So if you think about it, Cruise shares the same height with a true screen legend and an unquestionable tough guy. So maybe Tom isn’t so short after all.

So there they are. What do you think of the list? Do you know of another great actor who would fall into the “short” category? Please take time to share your comments below.