Anyone who grew up during the 1980’s remembers how big the action movie genre was. Arnold Schwarzenegger was one of the headliners of the era and his movies were often big budget events. I was a huge fan of those old-school action pictures so naturally Arnie was a mainstay at my house. So why not tip the hat to the Austrian bodybuilder turned movie star by listing my five favorite Schwarzenegger movies. With such a heavy filmography I wouldn’t call this the definitive list. But still I have no trouble calling these movies phenomenal.

In the 1990 science-fiction action film “Total Recall” Arnie goes to Mars…or does he? Paul Verhoeven’s wacky and sometimes metaphoric futuristic world is filled with corporate politics, social injustice, and various other milder commentaries. But what makes the film great is Schwarzenegger’s Douglas Quaid and the jam he gets into. While simply yearning for a better and more exciting life, Quaid finds himself caught between militaristic assassins and an underground rebel movement. It’s crazy, filled with big action, and it features some really cool special effects. “Recall, Recall, Recall”. 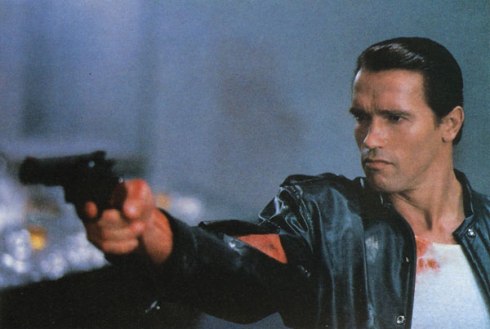 Of Arnold Schwarzenegger’s early movies “Raw Deal” is one that may have gone unnoticed by many. Personally I think it is one of the actor’s best films. Sure it contains his signature wooden line reading, but I think it is the film that first showed Arnie trying to expand himself as an actor. He plays a small town sheriff who returns to the FBI in order to infiltrate and take down a Chicago mob boss. Great supporting work from Darren McGavin, Robert Davi, Sam Wanamaker, and Kathryn Harrold is just icing on the cake. “Raw Deal” has its share of action, but it is also a cool crime thriller that many may have missed.

In many ways “Commando” helped launch the one-man-army action films that were so prevalent during the 1980’s. It was the first to really accentuate the cheesy one-liners (that were actually considered cool at the time) and massive body counts. But hey, what do you expect when you kidnap the daughter of ex-military commando Arnie? This was also the first film that put Schwarzenegger as the starring lead in a modern day action setting. There are so many quotable lines, memorable moments, and of course the bullet-ridden finale. I still love “Commando”. Yes it feels almost like a time capsule movie today but is that a bad thing?

Instead of taking up multiple spots on this list I thought I would just put Schwarzenegger’s most memorable character in one place. The Terminator movies not only feature Arnie in his most recognized role, but they are also his biggest moneymakers. Everyone loved the Terminator films starting with the first film in 1984. There Arnold was a supporting player but he gained a lot of attention. In 1991 “Terminator 2: Judgement Day” came out and it blew up the box office. With James Cameron at the helm, T2 proved to be one of the best sequels ever made. Arnie was the star, the action was intense, and the special effects where groundbreaking. More movies would follow but the first two stand of huge cinematic accomplishments in my book. 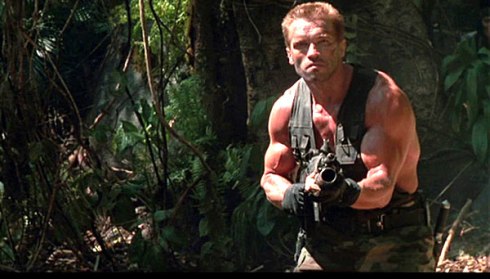 Is it blasphemous to put anything about “The Terminator” when mentioning Arnie’s best movies? Not in my book. “Predator” is hands-down my favorite Arnold Schwarzenegger movie. The film pulls from all sorts of genres including science fiction, military action, survival, and thrillers. Schwarzenegger is larger than life leading his band of special operations buttkickers on a mission into a Central American jungle. But they soon encounter something far more deadly than rebel forces. “Predator” works on every level. Arnie and company are great, the setting is perfect, Alan Silvestri’s score is fabulous, and the action is some of Arnie’s best. I never get tired of it.

So there are five phenomenal movies from Schwarzenegger himself. What do you think of my list. Which of his movies would have made your list. Please hit the comments and let me know.