As I’ve made this journey through the movie landscape of the 1980s, no year has had quite the variety of 1988. That made selecting just five phenomenal movies from 1988 pretty difficult. In some ways this list reflects the weirdness of that year which I guess is a good thing. There were several great films and several not so great but guilty pleasure movies. Considering that, I wouldn’t call this the definitive list. But there is no denying that these five films from 1988 are simply phenomenal! 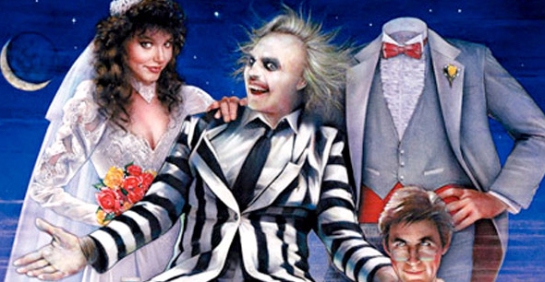 When Tim Burton was on his game he could make some crazy and entertaining movies. And that is coming from someone who isn’t his biggest fan. “Beetlejuice” is one of those films. You could call the movie fantasy, horror, or comedy and all accurately fit. The wacky effects and the great cast make the film so insanely unique. But it’s Michael Keeton who makes the movie an 80’s classic. Keeton lets loose with an assortment of verbal and physical comedy that still cracks me up today. I’ve always been a fan of his and often point back to this movie to show why. “Beetlejuice” is a hoot.

Remember back when Eddie Murphy was funny. After Saturday Night Live Murphy made his name in movies like “48 HRS” and “Beverly Hills Cop”. But one of my favorites from Eddie Murphy was “Coming to America”. It’s the story of a wealthy African prince who comes to America to find his true love. And where would a prince go to find his soulmate? Well Queens, New York of course. Murphy and co-star Arsenio Hall play a number of different characters in the film, all of them hilarious. There are so many funny moments and hysterical bits of satire. If only he still made movies like this.

Talk about a movie that hit the world by storm. “Rain Main” was a huge box office success featuring two of Hollywood’s biggest stars, Tom Cruise and Dustin Hoffman. But it didn’t just rake in a ton of cash in movie theaters around the globe. Critics universally loved it and it would go on to win four Oscars including Best Picture and Best Actor for Hoffman. The story of a self-absorbed yuppie (Cruise) who discovers he has an autistic brother (Hoffman) really connected. The two polar opposites clash but the story unfolds in a way that is both heartwarming and also informative.

Please don’t totally dismiss this list after seeing this selection, but I wouldn’t be an honest blogger if I didn’t include what I think is one of the funniest movies of the 1980s. “The Naked Gun” was based on the short-lived television series “Police Squad”. In both Leslie Nielsen plays Police Squad Lieutenant Frank Drebin, a moron with a heart of gold. This is close to the top of absurd comedies with more jokes and gags than serious lines. A great supporting cast including George Kennedy, Ricardo Montalban, Priscilla Presley, and O.J. Simpson all jump headfirst into this pond of hilarious nonsense. I love it.

As I look back over all of my Phenomenal 5 lists I’m surprised at how many times “Die Hard” has made its way onto them. Well here it is again and deservedly so. “Die Hard” came out during what could be called the action movie era. Bigger than life characters were everywhere in the movies of Stallone and Schwarzenegger. Then along comes Bruce Willis playing John McClane, an imperfect cop who felt refreshingly different than the Rambos of cinema. The film also created one of the most exciting scenarios, a terrorist overtaking of a skyscraper. Such a great movie filled with great action and great characters. It had to be tops on this list.

There are my picks. See something I got wrong? There are so many other deserving movies from 1988. Which ones would make your list? Please take time to let me know in the comments section below.