One of the things that fascinates me about “The Pianist” is how deeply connected it is to the true life experiences of its director. Roman Polanski has had a colorful life – one which has been severely tarnished by some deplorable behavior. But his childhood is an incredible story of horror, loss, and survival. Polanski and his family were crammed into the Kraków Ghetto along with 15,000 other Jews during the Nazi’s ‘purification’ of Poland.

As a young boy he watched as his father was marched away to a Nazi work camp. His mother was shipped to Auschwitz where she was among the 1.1 million Jews murdered there. Young Polanski managed to escape the Ghetto and survived by living in a barn until the war ended. He would be reunited with his father, but the scars left from the Holocaust would never leave and they heavily influenced much of what we see in “The Pianist”.

The film is directly based on the autobiography of Polish-Jewish pianist Wladyslaw Szpilman. Like Polanski, Szpilman was seperated from his family during the Nazi occupation and found himself desperately struggling to survive. Adrien Brody plays Szpilman and gives a truly revelatory performance that garnered critical praise and earned him an Academy Award. He is in nearly every frame and the depth and range of emotion he manages to convey is staggering. 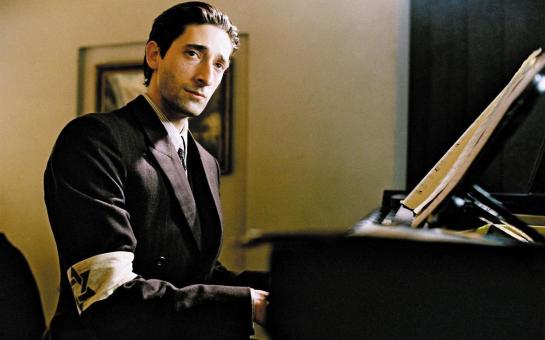 We first meet Wladyslaw Szpilman in 1939 where he plays piano for a Warsaw radio station. He is there when the Nazis invade and eventually takeover Warsaw. Like many at the time, Wladyslaw and his family at first underestimate the gravity of what has happened, but as the Nazi grip tightens the reality becomes clear. Jews are stripped of their jobs and forced from their homes into the overcrowded Warsaw Ghetto. Thousands of Jews die of starvation, disease, and from all sorts of Nazi brutality.

The Szpilman’s try to find normalcy among the hardships but things only get worse. They are among the thousands of Jew rounded up to be sent to the Treblinka extermination camp. An unexpected act finds Wladyslaw seperated from his family and on his own. The story becomes about survival against the grossest inhumanity.  But at the same time Polanski and writer Ronald Harwood go to great lengths to show actual humanity in many unexpected forms.

One of the most a compelling characteristics of Wladyslaw is that he is no hero. He is no soldier filled with courage and fight. It shines so brightly through Brody’s performance. The frailty and desperation of his character is seen clearer through each new stage of adversity he faces. But even more we see it through his means of survival. There is nothing within Wladyslaw, aside from his will to live, that keeps him alive. Instead it is the dangerous and sacrificial acts of people he meets that helps him along. Every step of the way Wladyslaw’s survival hinges on the compassion and heroism of others. It is an important story thread and the only true glimmers of light in an otherwise dark story.

Everything about “The Pianist” sets it apart as a substantial work and not enough can be said about Polanski’s obvious passion for his subject. Consider the stunning work of his cinematographer Pawel Edelman. He never wastes a scene and many are cleverly shot from Wladyslaw’s perspective. Others wonderfully emphasize the film’s brilliant production design. For Polanski accurately recreating the city was a priority as was putting a  special emphasis on detail. Whether it’s in the small space of an apartment or the broader images of a devastated city. The keen detail stands out. 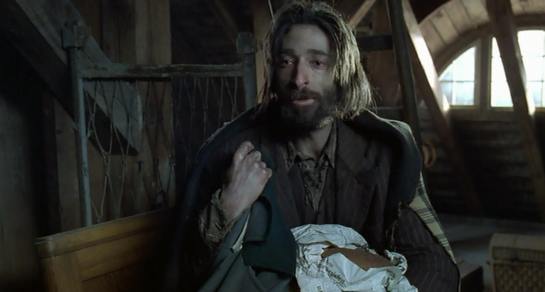 Polanski’s own experiences allow him to bring a steady seriousness, sincerity, and reverence to “The Pianist”. His vision isn’t hazed by lack of knowledge or understanding. But at the same time he sticks closely to the true story of Wladyslaw Szpilman. Even the ending (which some have called contrived) lines up with Szpilman’s experience. Those two components, along with Brody’s unforgettable performance, play a big part in my reaction to “The Pianist”. I see it as a master work on humanity vs. inhumanity, on the resilience and mercy of art, and on the personal horrors brought on by one of the world’s darkest events.

Some critics have complained that “The Pianist” isn’t “Schindler’s List”. Some seemed to want weightier emotion. Some complained that it does a disservice to the larger number of persecuted Jews due to its narrow focus on one man. I can’t line up with any of those criticisms. For me Polanski’s vision is honest, unflinching, and strips away any sentimentality. While it remains hard to embrace Polanski as a man, “The Pianist” makes it easier to embrace him as an artist.