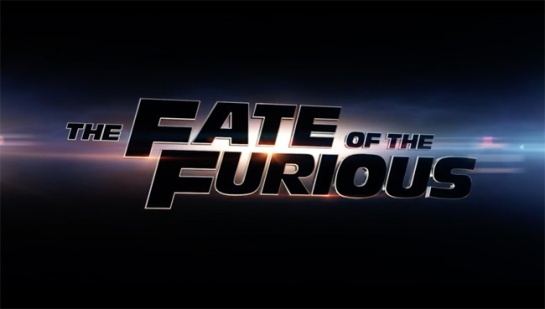 It remains the most unlikely and surprising movie mega-franchise, yet that’s exactly what the “Fast and Furious” films have become. Now we are eight movies in (yes, EIGHT) and it has done nothing to lessen its position as a box office juggernaut. “Furious 8” had a worldwide debut of $532.5 million, shattering the global record for an opening weekend. And after three weeks it has already cleared $1 billion. Not bad for a series once about street racing in Los Angeles.

I heard it speculated that the previous film got a box office boost from being the last installment featuring Paul Walker following his sad, untimely death. That may be selling the franchise short. Since it’s identity shift in 2011’s “Fast Five” the series has steadily grown in budget and gross. “Fate” sports a whopping $250 million budget which helps it follow its successful formula – bigger, louder, and more over-the-top that its predecessor. 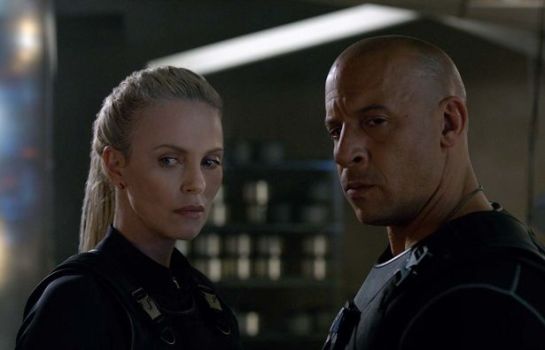 The gang’s all back plus a few (or should I say the family is back since that is the one thin but central running theme). Big names have steadily been added including Dwayne “The Rock” Johnson, Kurt Russell, and Jason Statham to name a few. But this is still Vin Diesel’s show and he returns as Dominic Toretto. Dom is enjoying his honeymoon with Letty (Michelle Rodriguez) in Havana, Cuba. That is until he is confronted by a shadowy cyberterrorist ominously named Cipher (Charlize Theron).

Cipher has a big secret and uses it to force Dom to do her bidding. Doing so requires him to turn on his family and go rogue. Hobbs (Johnson), Letty, Roman (Tyrese Gibson), Tej (Chris “Ludacris” Bridges), and Ramsey (Nathalie Emmanuel) are approached by the mysterious Mr. Nobody (Russell) and tasked with stopping Dom before he enables Cipher to carry out her nefarious master plan.

F. Gary Gray takes the directing baton from James Wan and crafts a FF installment that hits on every cylinder particularly for fans of the series (interesting fact – “Fate” has already become the highest grossing film for an African-American director). Writer Chris Morgan returns and has now written six of the franchise’s eight movies. It can’t be easy for Morgan to meet the ‘bigger, crazier’ expectations nor can it be a breeze for Gray to capture it with such mammoth studio demands. For the most part they pull it off. 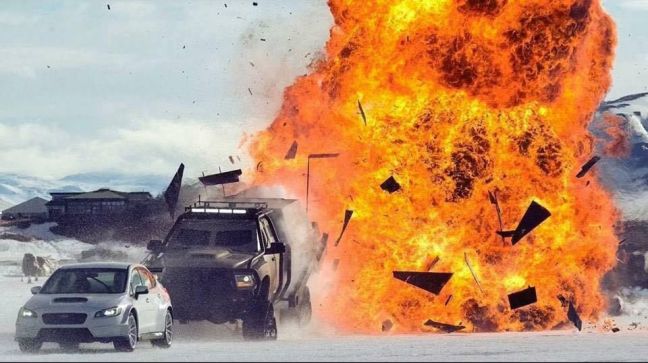 Now don’t get me wrong, “Fate” still requires you to turn off an entire portion of your brain. It’s absurdities can’t be calculated by the human mind. But it works because it maintains a keen sense of self-awareness. It knows it’s nuts and doesn’t shy away from it. In fact it has fun with the craziness of its scenarios. It consistently flashes its vital sense of humor which is absolutely essential. And one thing about it, you can sense everyone on screen is having a blast (I say that despite the much publicized real-life heat between Diesel and Johnson. But don’t worry, all it well now between the two stars meaning a ninth installment is all but assured).

Like most of its predecessors “The Fate of the Furious” is true to its ambitions. Fans of the series are sure to be pleased; detractors will be able to use their same arguments. I tend to enjoy these things. They’re goofy, action-packed, escapist entertainment. That’s why I had a good time with “Fate”. The characters are still fun, the action is a hoot, and the story had enough interesting turns to keep me engaged. Still, let’s be honest, these will never be considered ‘great movies’, but there seems to be enough under the the hood to keep it going. How long it can continue, well, that’s the real question.

14 thoughts on “REVIEW: “The Fate of the Furious””