Throughout my many Phenomenal 5 lists I’ve never been beyond putting together lists that are completely random or arbitrary. And why not? It adds to the fun. This is definitely one of those lists. By “Red” movies the criteria is simple – it must be a movie with “Red” in the title. Simple enough. Now obviously there are many films that fit so I wouldn’t call this the definitive list. Still, there’s no denying that these five “Red” movies are certainly phenomenal.

Even if you aren’t a fan of Western movies there is so much to love about Howard Hawk’s 1948 classic “Red River”. This story of an arduous cattle drive gone wrong stood out for bucking many of the genre’s common tropes. Sticking with that “out of the norm” uniqueness was John Wayne’s character, a considerably different role for an actor recognized for his rugged heroic manliness. Aside from its new take on Wayne’s persona, it’s also one of his best performances. 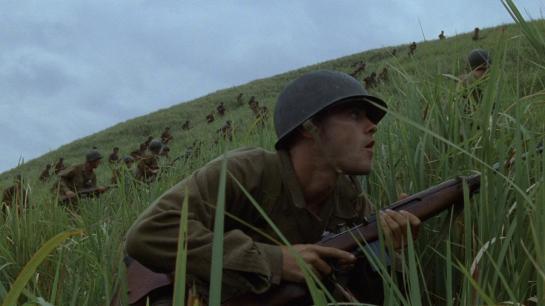 In 1998 Terrence Malick made an epic return to filmmaking after a 20 year hiatus. It came in the form of his ensemble war film “The Thin Red Line”. Armed with an extensive cast and Malick’s incredible eye for visual flair, the movie is unorthodox yet captivating. It features some of Malick’s most stunning imagery and is contemplative even during some of its more intense sequences. The carousel of cameos can be a little distracting, but it doesn’t take away from the film’s visual and narrative power. 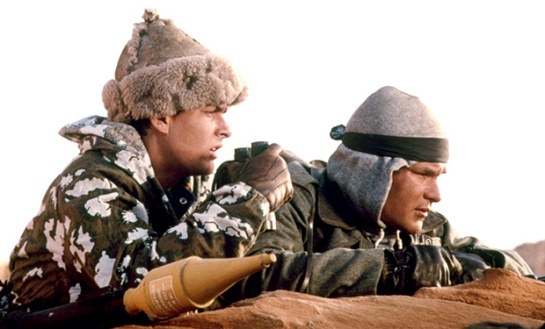 Go ahead and laugh at me. Rib me all you want. But I would be dishonest if I didn’t admit that I love 1984’s homeland war movie “Red Dawn”. I’ve often said “Red Dawn” is too easily dismissed by many as some lightweight, teen-oriented fluff. I couldn’t disagree more. Unlike the abysmal remake, the original didn’t turn its kids into superheroes. They were scared, uncertain, and in way over their heads. It was also deeply grounded into the politics of its day which may make it harder for some audiences to embrace. I still find it exciting and entertaining.

Albert Lamorisse’s 34 minute short “The Red Balloon” from 1956 has several impressive distinctions. Perhaps its best is being the only film short ever to win the Academy Award for Best Original Screenplay. Its simple tale of a young boy and his relationship with a seemingly sentient bright red balloon is both playful and heartbreaking. But there are also several other implications Lamorisse may be dealing with. It’s beautifully shot around Paris’ 20th arrondissement and its dialogue is supplanted by a thoughtful Maurice Le Roux score. Ultimately it is both delicate and brutal in capturing both the joys and sorrows of being a kid.

My recent exploration of Krystof Kieslowski’s Three Colors trilogy was the inspiration of this Phenomenal 5. “Red” was the final film of the trilogy and a perfect ending to Kieslowski’s project. This a film of many moving narrative parts – parallel storylines, deep thought-provoking themes, and thoughtful explorations of the human experience. Two great performances from Irene Jacob and Jean-Louis Trintignant anchor the film and Piotr Sobociński’s gorgeous red-tinted cinematography is warm and meaningful. “Red” is such a rich movie full of intelligence and craft and a great ending to Kieslowski’s brilliant career.

And those are my five phenomenal ‘red’ movies. Agree or disagree? See something I missed? Please take time to share your thoughts below.