I usually just throw out some random thoughts after Hollywood’s big show, but I decided I would join several of my blogging pals and give some meaningless predictions for this year’s Academy Awards. You could say this is an attempt to get myself excited for Sunday’s extravaganza. I’m usually hopping up and down, but my lack of enthusiasm for many of this year’s nominees and the overall lack of any suspense has me a bit….blah.

WHO WILL WIN: “Three Billboards”

WHO SHOULD WIN: “Dunkirk”

DARK HOUSE: “Get Out”

The smart money says this is a race between “Three Billboards” and “The Shape of Water”. I’m not high of Guillermo del Toro’s visually beautiful but narratively clunky love story. But I thoroughly disliked “Three Billboards” and it’s aimless, morally contradictory story. It’s been winning a lot and it will probably win again. But don’t count out the profoundly mediocre “Get Out”. Both it and “The Shape of Water” seem to have enough political messaging to cover up their significant storytelling issues. At least in the Academy’s eyes.

As for Nolan, let’s face it. Apparently he simply doesn’t make the kind of movies the Academy gives its big awards to. The brilliance of “Dunkirk” has been all but forgotten by voters. 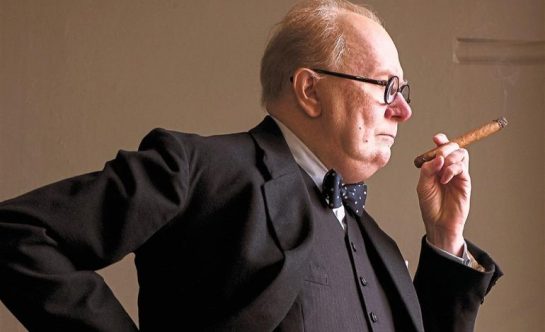 DARK HORSE: None (it’s in the bag)

I loved Oldman’s performance as Winston Churchill and I won’t cry if he wins. And while I liked Denzel’s performance more than most people, Day-Lewis swept me away (once again). If he wins it won’t be a “Bon voyage” award. He deserves it. But don’t worry Oldman fans. Gary has this one locked up. 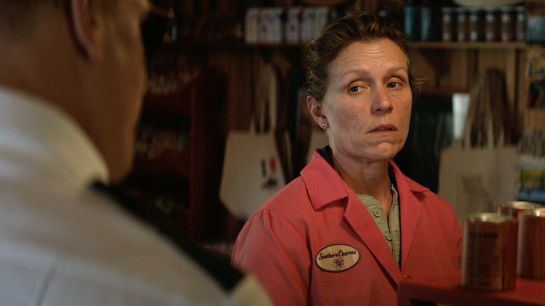 DARK HORSE: None (definitely in the bag)

McDormand was fine in “Three Billboards” despite McDonagh’s queasy writing, but I don’t quite get the adoration. For my money Ronan gave yet another fabulous performance so true in every word and expression. She won’t win (neither will anyone else). This is McDormand’s all the way.

WHO SHOULD WIN: Willam Dafoe (“The Florida Project”)

DARK HORSE: None (once again…)

Rockwell has won this at every turn which leaves any intrigue all but nonexistent. Again, Rockwell is fine playing a Sam Rockwell character but it’s far from a Oscar-winning performance. None of the nominated made my Top 5 for the category, but of those nominated I would go with Dafoe’s stellar work in “The Florida Project”. But he hasn’t a chance in the world.

WHO WILL WIN: Allison Janney (“I, Tonya”)

See my comments in the previous category. Janney has won everything and will win here. Metcalf will have to be content with a nomination but her intensely authentic performance deserves the statue. Love seeing Manville and Blige nominated. I would put them both ahead of Janney, but they have no shot. 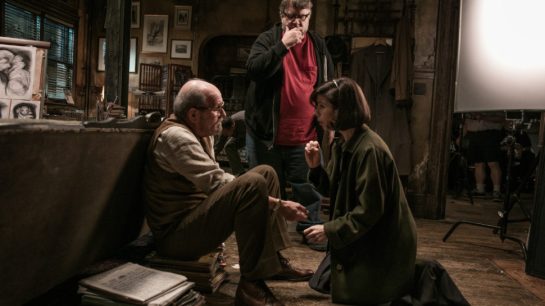 WHO WILL WIN: Guillermo del Toro (“The Shape of Water”)

WHO SHOULD WIN: Christopher Nolan (“Dunkirk”)

DARK HOUSE: Jordan Peele (“Get Out”)

Again, Nolan apparently doesn’t make movies the Academy loves. As proof, this is the first time he has EVER been nominated in this category. I’d love to say he would grab an upset win here by del Toro seems to be the frontrunner. I guess directing one-half of a movie well is enough to get a statue. 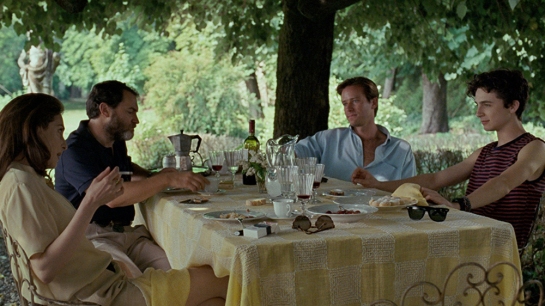 WHO WILL WIN: “Call Me By Your Name”

WHO SHOULD WIN: “Molly’s Game”

I don’t really think “Mudbound” has a shot but I wanted to mention it somewhere. It certainly deserves consideration. But Aaron Sorkin’s “Molly’s Game” is still tops for me. “Logan” is a neat surprise, but if we’re honest it’s no Oscar-worthy script.

WHO WILL WIN: “Three Billboards”

WHO SHOULD WIN: “Lady Bird”

DARK HORSE: “Get Out”

The very idea that Martin McDonagh will win a screenplay award for “Three Billboards” blows my mind. Most of what I despised about the film can be traced back to the screenplay. Yet it will win. Only slightly less mind blowing would be a “Get Out” victory. Don’t count it out. Of those nominated, I’ll be rooting for “Lady Bird”.

WHO WILL WIN: “The Shape of Water”

WHO SHOULD WIN: “Phantom Thread”

Not much intrigue here either. Desplat’s sweet waltzy score will win and I won’t be sad. It’s one of the best parts of the film and that isn’t a slight. I prefer Greenwood’s beautiful and elegant work, but either one is deserving. 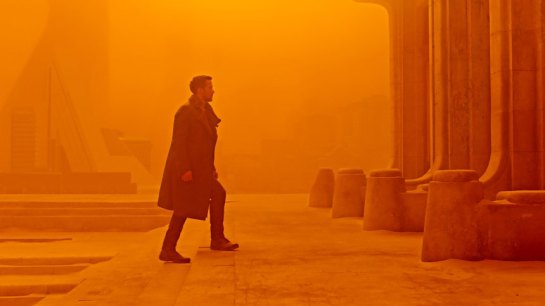 Will we all finally get to celebrate a long overdue Roger Deakins Oscar win? I think we will. It’s shameful that the brilliant cinematographer has never won. And as much as I love “Dunkirk” and “Mudbound”, his work in “BR2049” was the cream of the crop. And this won’t be some token win. 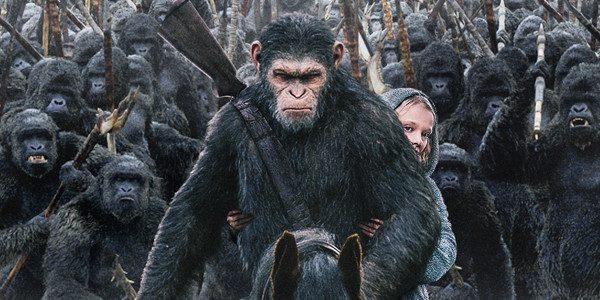 WHO WILL WIN: “War for the Planet of the Apes”

I will applaud either of these winners. But when it comes to all-around visual effects and how they effect the movie as a whole, I’m cheering for “Blade Runner 2049”.

I’ll be doing some live-tweeting on Sunday night. See you there!