I don’t know about where you are, but August heat in the deep south can be pretty brutal. Maybe that’s why I’ve been thinking about (and in some cases yearning for) cold weather. And since I’ve been behind on Phenomenal 5 lists what better summer topic than cold weather movies? I shouldn’t need to say that the number of worthy movies is large. To narrow it down I’ve focused on films where the cold weather plays a significant part. Also no Christmas movies. Now with so many candidates I wouldn’t call this the definitive list. But there is no denying that these five cold weather movies are most certainly phenomenal.

In Bong Joon-ho’s dystopian science-fiction thriller “Snowpiercer” cold weather has a rather huge effect. An attempt to end global warming has turned the planet into a uninhabitable frozen wasteland. As a result the remains of humanity are trapped inside a non-stop globe-trotting train. It sounds silly but the themes it wrestles with and the visual style of the auteur behind it make it an easy choice for this list.

It’s kinda hard to imagine this list even existing without including Stanley Kubrick’s beloved “The Shining”. The film’s iconic setting needs little introduction – The Overlook Hotel high up in the Colorado Rockies. Off-season caretaker and struggling writer Jack Nicholson burrows in for the winter, but as he spirals towards insanity his wife and son are trapped inside with him by the frigid elements. And to say things get a little chilly for Jack in the final act is an understatement.

Frank Marshall’s 1993 survival drama “Alive” was based on the true story of a Uraguayan rugby team’s fight to survive following their plane crashing high in the Andes Mountains. Isolated and with no ability to communicate, no food and amid brutally cold conditions, the group was pushed to their limits and the life-or-death decisions they made changed them forever. 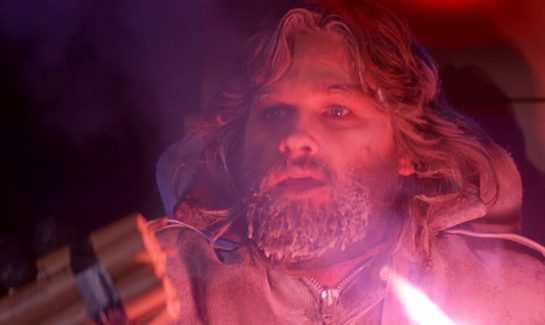 I adore John Carpenter’s 1982 sci-fi horror classic “The Thing” and cold weather definitely has a role to play. Kurt Russell and his team trudge through snow and sub-zero temperatures to uncover answers to a violent encounter at a research base in Antarctica. Parasitic monsters and paranoia take center stage, but the harsh weather is an ever-present threat that makes for the ideal setting.

When it comes to the #1 pick how could it be anything other than this Coen Brothers gem. “Fargo” is a movie that encapsulates everything that makes the Coens both unique and extraordinary. This bizarrely delicious crime comedy spans from icy Minneapolis, Minnesota to icier Fargo, North Dakota. And while “Fargo” is all about the characters, the cold weather supplies the perfect backdrop.

Now it’s your turn. How about my choices? See something I missed? Please let me hear your picks in the comments section below.