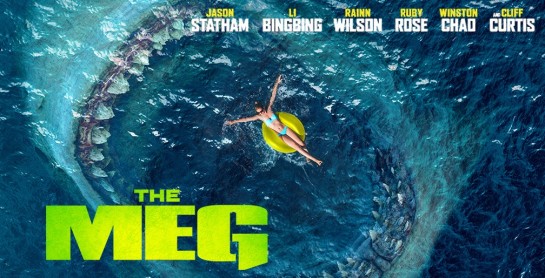 One of the good things about seeing “The Meg” is that you pretty much know exactly what you’re going to get. I give the filmmakers credit for not even attempting to hide what they are going for – goofy, preposterous and a whole lot of Jason Statham. It all comes down to whether it has enough fun, humor and self-awareness to keep us onboard.

Statham plays Jonas Taylor, the former head of a deep sea rescue team now ostracized after a mission goes terribly bad. Now, instead of saving people, he spends his days off the grid boozing in Thailand.

Meanwhile a billion dollar research station 200 miles off the coast of China discovers a new ecosystem below the floor of the Mariana Trench. A team descends to explore the discovery but are attacked by something really, really big leaving them stranded and with limited life support. That’s enough to bring back the blackballed Jonas to attempt a daring rescue.

“The Meg” opens a bit slowly with the rescue mission which introduces the cast of characters and reveals the not-so-surprising threat. It’s a Megalodon, the mother of all sharks and thought to be extinct for 2 million years. The rescue attempt inadvertently unleashes the beast (gulp) and its up to the team to find a way to stop it. But as Jonas proclaims in one of my favorite cheesy lines “Man versus meg isn’t a fight. It’s a slaughter”. Truer (and cornier) words have never been said.

The second half features director Jon Turteltaub fully embracing the 1950’s monster B-movie blueprint. Things get more absurd, the special effects get a lot bigger, and the story gets even more predictable. That’s not to say it isn’t fun. There are plenty of big popcorn movie moments and silly over-the-top action. And just when you think it’s taking itself too seriously, in drops a timely cheesy line of dialogue or a particularly goofy sequence. 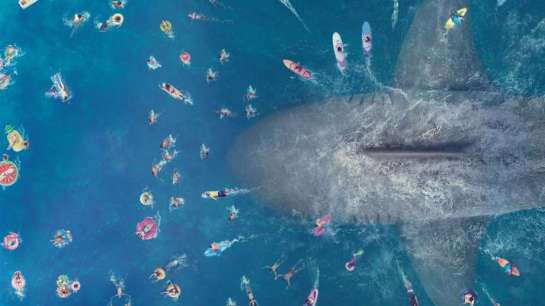 While “The Meg” doesn’t exactly burst out of the gate and its balance between serious and self-aware is sometimes off, it still manages to do what it intends. Within its ocean of cliches, one-liners, and ridiculous man vs. sea monster set pieces is a fun and often hilarious bit of throwaway entertainment. Pay no attention to its attempts at feeling and romance. Just stay for the shark and the goofiness that ensues. That was enough for me.