All week I’ve been sharing my favorite performances from 2018 and we finish it up today with the Lead Actor category. Once again this was a toughie and leaving of certain names was hard to do. But those are my self-inflicted rules so lets go with it. Here are my five favorite Lead Actor performances from the year that was.

There are some mixed opinions on this Bradley Cooper performance. Some have said he goes too big while others have accused him of hogging scenes. I found him to be a near perfect fit as an aging music star worn down by his addictions. Cooper nails this role both musically and dramatically.

Viggo is another of those actors who can lose himself into any role he tackles. Here he adds fifty pounds and a healthy Italian accent to portray a streetwise lug who has his eyes opened to the ugliness of racism in the country and his own heart. It’s a role that could have gone really bad, but thanks to Viggo it never does. 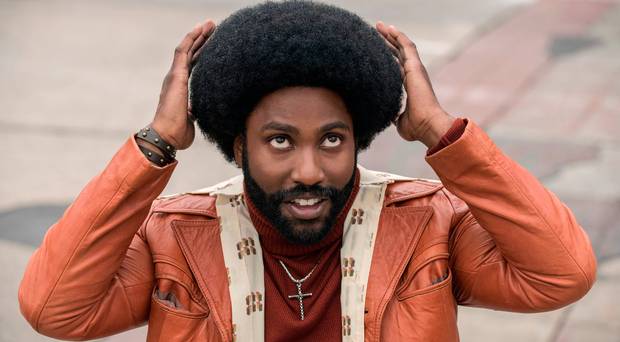 Spike Lee found the perfect guy to man his crazy, terrifying, and often hilarious “BlacKkKlansman”. From his very first scene, John David Washington’s charisma is off the charts. He also packs a sly wit that makes for some really funny scenes even among such vile and disgusting subject matter.

Joaquin Phoenix is an actor with a ton of range and a knack for giving deeply committed performances. His dark and physical turn in this brilliant Lynne Ramsay fever-dream is both frightening and mesmerizing. From mental anguish to brute physicality, Phoenix relays it all with a wicked precision.

There were so many good performances in 2018, but it was none other than Ethan Hawke who surprised me the most. I’ve always liked Hawke but never has he given a performance quite like this. It’s quieter and more reserved than anything he has done before. This is Hawke at his very best and that’s saying something.

That wraps up yet another look back at the previous year’s best performances. Please share your thoughts on Lead Actor or any other category I’ve covered. Let’s do it again next year. 👍