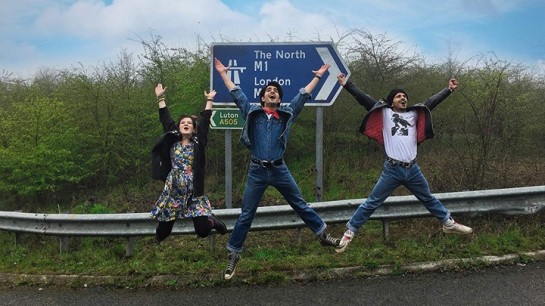 Despite the odd and rather corny vibe put off by its trailer, “Blinded By the Light” from co-writer and director Gurinder Chadha in anything but that. In fact it doesn’t take long to see that Chadha has deeper and more personal interests and she uses her unique cinematic canvas to explore a variety of heartfelt themes. It doesn’t always make sense, but it makes for good and at times heart-warming entertainment.

“Blinded By the Light” is inspired by the memoirs of British journalist Sarfraz Manzoor. Published in 2007 as “Greetings from Bury Park”, Manzoor shared his trials growing up the son of Pakistani immigrants in the struggling industrial town of Luton, UK. He also shares how the music of Bruce Springsteen inspired him not only to write, but to be willing to fight for his dreams. Manzoor also has co-writing credit for the film.

The movie could be called part musical, part family drama, part coming-of-age story. But it also offers keen perspectives on racism, economic hardships, and cultural tradition among other things. The film is set in 1987 and focuses on Javed (played by vibrant newcomer Viveik Kalra), a genuinely good and kind-hearted 16-year-old with aspirations of becoming a writer. He has kept a diary since he was ten and writes poems as well. All he lacks is confidence in himself and encouragement to follow his dream. 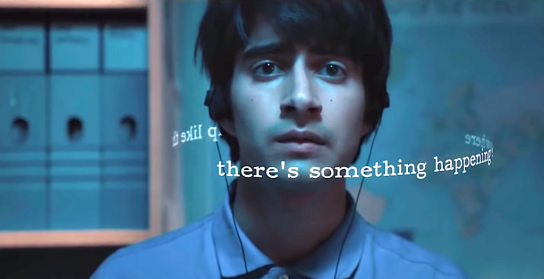 Unfortunately this all clashes with the ideas of his father Malik (Kulvinder Ghir), a bitter and hardworking traditionalist who has been ground down by his low-wage GM factory job. Partly consumed by making ends meet and partly by cultural tradition, Malik thinks Javed’s life should be firmly dedicated to his parents and sisters. And since writing doesn’t bring in money to support them, deems it to be a waste of time.

Malik could have easily been made the villain here but Chadha takes a smarter approach and gives the character more complexity and depth. He genuinely loves his family and is burdened by the guilt of not providing for them the way he had hoped. In many ways Malik is strapped down by his culture which doesn’t allow his children the breathing room to be themselves. At the same time that very culture is inherently valuable to who this family is. Chadha’s film seeks out that delicate balance in between.

Javid finds that much needed inspiration in (of all things) the music of Bruce Springsteen. With lyrics about hard times and breaking loose, Springsteen’s songs speak to Javid and to his feelings of isolation and frustration. Yet they also offer hope and a belief in a better life. It’s a cathartic escape from his unfulfilling home life and the ugliness of society that he and his family routinely witness.

But once again Chadha adds an interesting and unexpected layer. Once Javid is introduced to The Boss by the only other Pakistani student in his school (Aaron Phagura), he has to make sure his inspiration doesn’t turn to obsession. And will the prodding of his plain-speaking literature teacher (Haley Atwell) and social activist girlfriend (Nell Williams) be enough to help him find his own distinct voice? 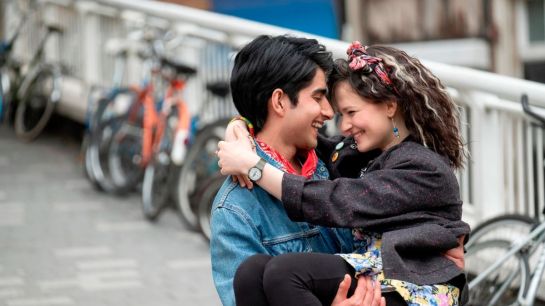 A total of twelve Springsteen songs find their way into the film along with 80’s tunes by Cutting Crew, A-Ha, and Pet Shop Boys. Some simply play through the headphones of Javid’s Sony Walkman (I had one. They were the best thing since sliced bread). Others weirdly play out like an MTV music video with words fading in and out as Javid walks the streets. Then you get a couple of sequences that are full-fledged musical numbers. They’re utterly preposterous yet they work in an oddly satisfying way.

But what makes Chadha’s movie stand out the most is its depiction of the 1980’s. Not simply by soaking it in pop culture, but by painting a realistic and at times unflinching portrait of the decade. The racist presence of the National Front and the rising economic struggles are vividly realized although glossily explored. This allows the film to herald Springsteen’s music (deservedly or not) as an powerful counter voice and probably more insightful than it really is. This also feeds into the peculiar political lean of the film which thankfully isn’t overbearing and more importantly doesn’t smother the characters.

“Blinded By the Light” is a strange brew of ‘feel good’ entertainment, touching character drama, and social commentary. The music will strike a chord with Springsteen fans which I admittedly am not (except for those grand two years of ’84 and ’85). People teeming with progressive political fervor may find things to nibble on. Me, I was there for the characters, their stories, and their attempts at navigating the world they live in. That is where “Blinded By the Light” shines brightest.

8 thoughts on “REVIEW: “Blinded By the Light””