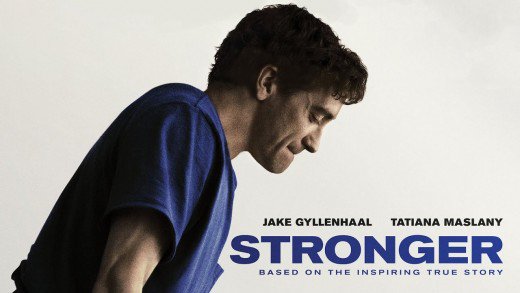 There are many ways a movie like “Stronger” could go astray. We’ve seen it before – filmmaker gets hold of a meaty true story, they exploit the conflict, crank the melodrama up to 10 and wring it of every drop of emotion in what often becomes the same old biopic fodder. On the flipside, when a filmmaker sinks his/her teeth into the material and gets down to what makes the characters and their story fascinating you often have something special. David Gordon Green does that with “Stronger”.

It’s based on the true story of Jeff Bauman, a Boston native and Costco deli worker who was a victim of the 2013 Boston Marathon bombing. His injuries resulted in the amputation of both legs just above the knees. Over time Jeff became a reluctant symbol of the “Boston Strong” slogan for many well-meaning but impervious people. 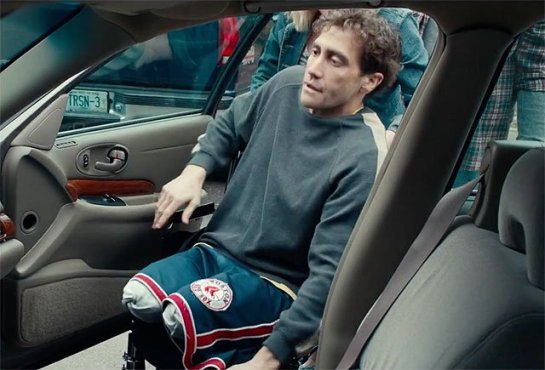 “Stronger” spends a little time leading up to the bombing but its main focus is Jeff’s struggle with the mental and physical aftermath. Jake Gyllenhaal plays Jeff in what may be the best work of his career. With the aid of some digital wizardry, Gyllenhaal is extremely convincing in every facet of his performance. He’s fantastic in conveying the mental deterioration brought on by the trauma and by the overwhelming expectations of his family and community. And he’s just as good on the physical side portraying a man trying to cope with new and severe physical limitations.

Equally good is Tatiana Maslany who plays Jeff’s on again-off again girlfriend Erin. She is more grounded and responsible than the charming but flighty Jeff which has led to their numerous breakups. But in an effort to convince her of his love Jeff shows up at the marathon to root her to the finish line. After the bombing Erin puts her life aside and is a far more of a stable caretaker than Jeff’s family. But it’s a punishing journey for her too. Maslany’s instincts are spot-on and she walks her character through an emotional minefield always with the perfect level of intensity.

Green deserves a lot of credit for managing his material with an intimate, character-centered emphasis. He and screenwriter John Pollono keep things on the ground level, only occasionally hitting us with the traditional biopic highlight moments that you can’t help but notice. But it’s the small touches and scenes of Jeff managing everyday struggles that are so potent. Once simple tasks such as using the bathroom are difficult to watch. Or it may be something as subtle as a glance into a sock drawer. These moments hit hard.

David Gordon Green’s career has been an interesting one. From his breakout hit, the obnoxious “Pineapple Express”, to 2013 where he had two strong films “Prince Avalanche” and “Joe”. We definitely see him hitting his stride with “Stronger”. It’s an incredible true story that deserves to be told and Green allows his characters to do just that. I can’t imagine a viewer not being effected by this film.