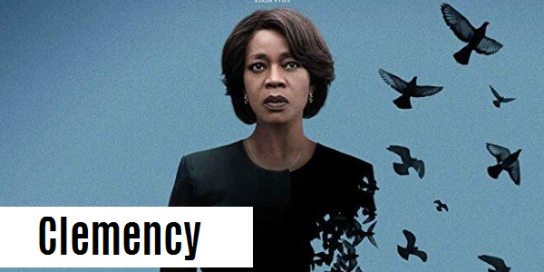 Chinonye Chukwu’s upcoming film “Clemency”channels a lot of information through its opening shot. We see Bernadine Williams, the warden of a maximum security prison, on her way to oversee a execution by lethal injection. She walks with steadying confidence yet her eyes reveal something different. Bernadine is burdened and her job’s psychological toll is evident.

“Clemency” is the second film releasing in the next few weeks dealing with the death penalty (the other being Destin Daniel Cretton’s “Just Mercy”). Chukwu’s film looks at it through the eyes of Bernadine who is played by Alfre Woodard. It’s a powerful and emotionally layered performance that gives us a window into the process while also offering a character study of a woman so tightly wound that she could blow at any second.

The opening scene uncoils in a truly visceral way and the impact of it reverberates throughout the remainder of the film. With an icy cold professionalism and a by-the-books approach Bernadine orders her officers through each step of a young man’s execution. She puts on a good show. You can see she’s done this a dozen times before and she knows the procedure like the back of her hand. But when the execution is botched it reveals a crack in her facade which only becomes more pronounced as the story moves forward.

Bernadine’s position as warden doesn’t allow for her to wrestle with any feelings or emotions. She has to be ready for the next execution (in this case a young death row inmate named Anthony Woods played by Aldis Hodge). So it’s her relationship with her husband Jonathan (Wendell Pierce) that ends up taking the brunt of her aloofness. “I need a pulse” he pleads realizing their marriage is on life support. But Bernadine quietly crumbles before his and our eyes, trapped in a personal hell and completely unable to convey her feelings. “I am alone, and nobody can fix it” she painfully affirms.

Chukwu (working as both writer and director) uses Woods and his desperate attempts at clemency to dig deeper into Bernadine’s poorly-veiled misery. Several others around her are retiring, worn down by the weight of their jobs, including the prison chaplain (Michael O’Neill) and even Woods’ attorney (Richard Schiff). But Bernadine resists, unwilling to walk away from her job and all the work it took to get it, especially as an African-American woman.

“Clemency” is a movie full of brutally honest moments, and so many of them are also the quietest. Chukwu will often allow her camera to sit and observe her characters, carefully framing her shot and then trusting the performances to do the rest. It’s why having Alfre Woodard is such a strength. She’s able to convey so much feeling in a simple stare. And in a movie with this much heavy material, that kind of lead performance is priceless.