In the recent French film “The Big Picture” Romain Duris plays a man who seems to have the perfect life. He’s a successful lawyer practicing in one Paris’ most prestigious law firms. He has a pretty wife and two adorable young children. He’s financially set, has a nice home, and can even afford the most modern equipment for his side passion – photography. Looking at his life you would have to wonder how it could get any better. In “The Big Picture” co-writer and director Eric Lartigau shows us that the perfect life can easily be misleading and the doors that open to a new life can appear unexpectedly.

Duris’ plays Paul Exben and we quickly begin to notice blemishes in his seemingly spotless life. He finds out that his boss and dear family friend is terminally ill and wants him to take over the law firm. Even worse his burned out writer wife Sarah (Marina Foïs) feels smothered by motherhood and she begins to distance herself from Paul and their children. He soon suspects her of having an affair with a jerky photographer named Grégoire (Eric Ruf). Confrontations and eventual violence follows which forces Paul into an unexpected but potentially better new direction. But there are always consequences and Paul finds that the struggle between new life and old can be unbearable.

Duris is a fantastic actor who has shown a wide range throughout his career. Here he gives an emotional but measured performance. His ability to stay within the bounds of director Lartigau’s vision is phenomenal. Lartigau wants us no know the pain and inner conflict Paul is feeling but he never overplays it. Instead of throwing out contrived scenarios to draw out emotion he allows us to step back and watch Paul – to observe his emptiness and solemnity. Duris does the rest, often telling us his character’s feelings through his melancholy eyes or scraggly appearance. Its a brilliant performance that’s essential for making the film work as a whole. 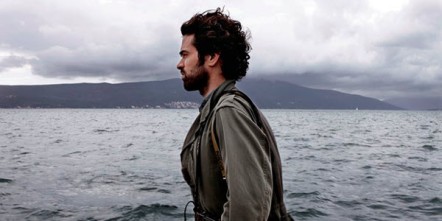 There’s a lot more I’d like to talk about but I won’t in order to avoid spoiling it but let’s just say the movie ends at a very different place than it starts. The film is loosely adapted from the 1997 Douglas Kennedy novel that was set in suburban Connecticut. Here things are moved overseas and the story goes from Paris, France to Montenegro. But the book’s main focus is still intact. It’s still about a struggling man trying to put a proper identity to his life. The French title for the film, “L’Homme qui voulait vivre sa vie”, better captures that. It’s translated “The Man Who Wanted to Live His Life”. But the real drama is found in the conflict.

Paul is given that rare opportunity at a new life. But he’s not a scoundrel. He knows there are consequences and dangers to this new life. There is a cloud of uncertainty and nervousness that hovers over him. There are responsibilities and needs connected to his old life. Paul wrestles with all of this and for me that’s when “The Big Picture” is the most fascinating. Even though things seem to look up and a new page is turned, Paul remains burdened by reality which keeps him from moving on. I’m trying to be very cryptic here and dance around the greater story. But these intriguing themes are the lifeblood of this movie.

“The Big Picture” dabbles is several genres. At different times it feels like a domestic drama, a crime story, or an intense thriller. Lartigau beautifully weaves all of this together and he keeps us glued to the screen with his crisp and fluid pacing. Everything moves and flows nicely right up to the final 10 minutes. The movie takes a jarring turn in what comes across as an abrupt and contrived conclusion. There is still a message to glean from the final moments, but considering how well connected the narrative had been up to that point, the ending did feel strangely out of place. But it doesn’t completely undo the story that “The Big Picture” is telling. It remains a stirring and thought-provoking picture driven by a brilliant performance from Romain Duris. It asks more questions than it answers and allows the audience to wrestle with the rights and wrongs. I like that.