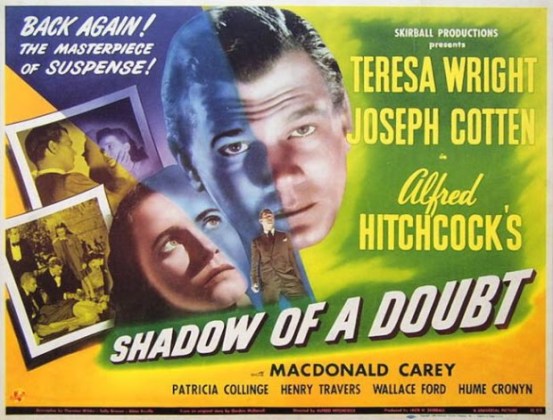 Alfred Hitchcock gets a lot of praise for his classic films such as “Vertigo”, “Psycho”, “Rear Window”, and “The Birds” and rightly so. But for those who aren’t familiar with the director’s full body of work, “Shadow of a Doubt” is one of his movies that may be easily overlooked. But to miss out on this wonderful early Hitchcock classic would be to miss out on one of his very best movies. This 1943 thriller has all of trademarks of a Hitchcock film and one of the strongest stories that he has brought to film.

“Shadow of a Doubt” was shot and set in Santa Rosa, California, a location picked for its picture of small town America. Charlie Oakley (Joseph Cotten) arrives in Santa Rosa to pay a visit to his sister Emma (Patricia Collinge) and her family. He hasn’t seen them in years and they receive him with open arms, especially his niece Charley (Teresa Wright) who was named after him. Charley has become bored with her life in her small town and the arrival of her uncle gives her a spark. But her uncle’s visit isn’t without purpose and Charley soon finds out that he is far from the wonderful man she thinks him to be. 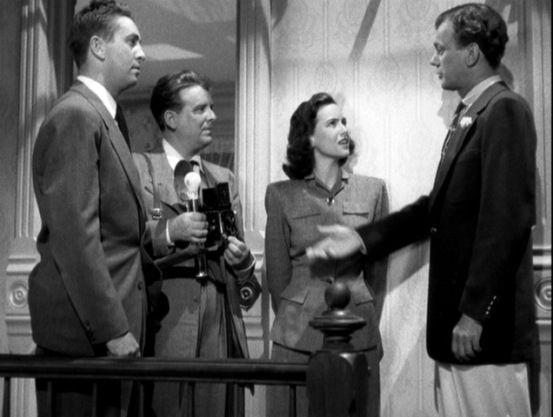 The opening scenes let us know that there’s something mysterious going on with Charlie. Later he arrives in Santa Rosa and is doted on by his enamored family. He also draws the attention of and captivates many of the locals from bankers to widows. But he’s also hiding a very dark secret that eventually becomes a key driving force behind the film. In fact, Hitchcock gives us a compelling look at the dark reality of the real world infecting the innocent, idyllic life of a small town. Young Charley soon learns that the world can be a dangerous place and watching Teresa Wright portray Charley and her emotional transformation is a joy. Wright is brilliant. She’s lovely in her innocence and naivity and heart-breaking as we watch her face terrible things and bear huge burdens. I’m being vague and don’t want to spoil things for those who haven’t seen the film, but Charley is a wonderful character and Wright nails the performance.

I also loved Joseph Cotten as her Uncle Charlie. At first we love him just as much as the family does. He’s like that distant uncle who you haven’t seen in forever but you still think he hung the moon. But the problem is that you haven’t seen him therefore you really don’t know him. I bought into Charlie, the nice compassionate man, and was unnerved as he evolved into an entirely different person. This is due to how wonderfully he is written and to Cotten’s brilliant performance. 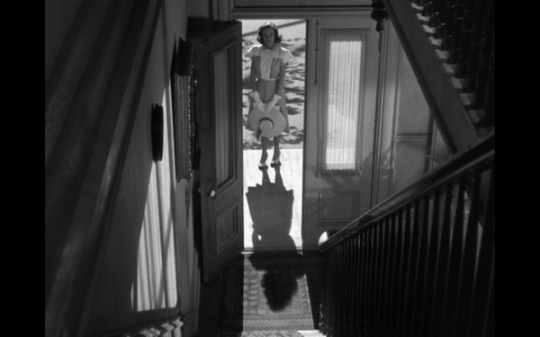 The movie also works due to what has come to be recognized as Hitchcock’s unique visual style. As with every Hitchcock picture, the camera is extremely important to his storytelling. We are treated to some slick camera angles and tricks as well as some clever use of lighting and shadows which helps inject the movie with moments of tension and suspense. Some of the best scenes involve moving cameras or perfectly timed close up shots and overall the visual style is vintage Hitchcock.

“Shadow of a Doubt” is an exceptional thriller built upon a very good story, some pitch-perfect performances, and slick direction. It’s not as well-known as some of Hitchcock’s bigger films but it’s just as good as them and it has certainly earned its spot as a true classic. The story moves at a great pace and it keeps you involved all the way to its startling ending. I really like “Shadow of a Doubt” and its one of those movies that I could watch again and again.