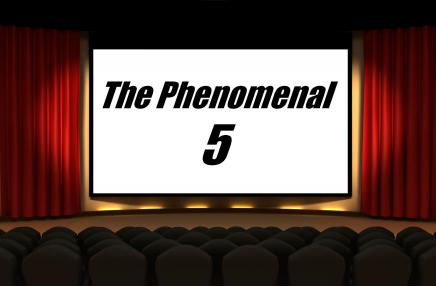 As kids some of us were a bit more adventurous than others. Nonetheless we all probably have those special little adventures that we still remember to this day. Well the movies are no different. Through the years they’ve given us some amazing kid’s adventures that entertained us in our youth or that reminded us of that childlike exuberance for something grand. So I thought this week we would look at five truly great adventures experienced by children onscreen. Now obviously there has been no shortage of children’s adventures so it would be silly to call this the definitive list. But you can’t deny that these five kid’s adventures are simply phenomenal.

#5 – “The Chronicles of Narnia: The Lion, the Witch, and the Wardrobe” 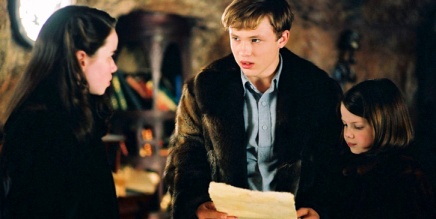 I don’t live under the illusion that “The Lion, the Witch, and the Wardrobe” is a truly great film, but I do believe that it’s great fun and one fantastic kid’s adventure. This 2005 fantasy picture based on the immensely popular novels by C.S. Lewis raked in nearly $750 million at the worldwide box office. But lots of money doesn’t always equal a good film. Well this is a good movie that takes four young siblings on a fantastical adventure. Peter, Susan, Edmund, and Lucy are transported to Narnia via magical wardrobe. There they encounter glorious landscapes, talking animals, a wicked witch, and an epic scaled adventure that changes their lives and their relationships. Some truly magnificent supporting talent help to tell this fun kid’s adventure story.

Ever have next door neighbors that you just can’t get along with? Well here’s a solution – invent a shrink ray. At least that’s what happens in the 1989 Disney adventure “Honey, I Shrunk the Kids”. Two neighboring families just don’t like each other. The adults gripe and argue about every little thing. The kids mirror that in their dislike for each other. But that all changes when the children are accidentally shrunk to 1/4 inch high and swept outside with the garbage. Obviously this sets the stage for a most unusual yet entertaining adventure. Blades of grass become redwoods and ants are behemoths. From the threat of a giant scorpion to the sweet indulgence of a gargantuan oatmeal cream pie, this amazing adventure not only brings the kids together but it does miracles for their parents as well.

I can still hear Cyndi Lauper singing “Good Enough” as the Goonies take off on their bikes heading towards an unforgettable adventure. Named after there residence known as the “Goon Docks”, the Goonies were a group of pre-teen friends that went off on one final adventure in an attempt to find a hidden pirate treasure. This was a successful movie first released in 1985 and it has only gained admiration as the years have passed. Written (and probably co-directed if truth be told) by Steven Spielberg, “The Goonies” features some of his routine annoyances. But it also features some truly classic moments and a wonderful look at youth and friendship. And what a great adventure! How could it not be on this list?

Much like “The Goonies”, “Stand by Me” is a movie that seems to be appreciated more and more as time goes by. This 1986 coming of age tale from director Rob Reiner is certainly different than any other adventure on this list. It features four young friends each with their own troubles and challenges. They come together after hearing of the possible location of a missing boy’s body. They set off to find it and in the process learn more about each other and the pains of real life. The wonderful 1959 setting, the fabulous music, and some truly great performances by the young cast do a lot to set this film apart. And it features an adventure that is genuinely life-altering for these boys.

Wouldn’t you know Steven Spielberg’s name would pop back up on this list. And it’s yet again another great adventure from the 1980’s. “E.T.” is the first movie I remember seeing multiple times at the theater when it was first released in 1982 and not by choice. But I’ve grown to really appreciate this science fiction adventure classic and there are so many iconic scenes that have come from it. The adventure that young Elliot, his brother Michael, and sister Gertie embark on consists of hiding and eventually freeing their alien friend. Policeman, government agencies, and unbelieving parents prove to be huge obstacles and none have the best intentions. But Elliot and friends do and it’s a fantastic journey that we follow right up to the weepy but satisfying ending. Again, familiar annoyances aside, Spielberg nails it!

So there are my five phenomenal kid’s adventures found in the movies. I know there are tons more I could’ve mentioned. Please share your thoughts. I’d love to hear what would’ve made your list.

29 thoughts on “5 Phenomenal Kid’s Adventures in the Movies”