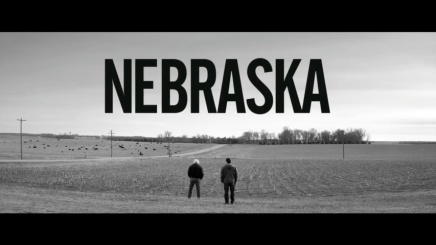 In the comedy/drama “Nebraska” Bruce Dern plays an elderly man named Woody Grant from Billings, Montana. Woody receives a marketing flyer in the mail that convinces him he has won $1 million. All he needs to do to collect is travel to Lincoln, Nebraska and claim his prize. The problem is his two sons and his cantankerous wife all know it’s a scam. But Woody is determined that he is going to Lincoln even if he has to go on foot. To appease Woody, David (Will Forte) agrees to drive him to Lincoln and hopefully have some bonding time with the father he barely knew.

That’s the main story, but this is an Alexander Payne film so you know there is a lot more under the surface. Payne has always been interested in characters and this is a character-driven picture. “Nebraska” touches on a variety of real life subjects including alcoholism, greed, family dysfunction, and declining health of the elderly among others. And while there’s nothing inherently funny about these things, Payne and writer Bob Nelson don’t allow the movie to drown in its seriousness. In fact at times it’s a very funny film – that near perfect mix of comedy and drama. 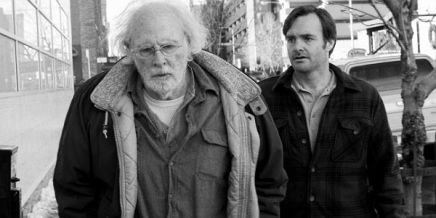 One of my favorite things about “Nebraska” is its authenticity. This could easily have been a conventional comedy featuring a stereotypical old codger. Instead it’s a very real story featuring real characters and set around a very real depiction of small-town America. With a few small exceptions, “Nebraska” never hits a false note. The majority of the time the characters feel just right and the Nebraska locations seem yanked out of real life.

I also love the choice to shoot the film in black-and-white. While it wasn’t popular with the studio, Payne and cinematographer Phedon Papamichael saw it as an intricate part of their storytelling. I think it was a brilliant choice. It creates a very gloomy and bleak look that is perfectly in tune with much of Woody’s story. But it also works in the film’s portrayal of America’s dying small towns. There is a striking parallel between Woody and these rural locales that I found fascinating and the black-and-white made it all the more powerful. But at the same time there is a beauty to the look of this picture – a classic beauty that I don’t think color could provide.

That hints at another facet of the movie that really worked me. As someone born and raised in a place very similar to Woody’s hometown of Hawthorne, I was impressed with the film’s accuracy in capturing the essence of the small town. Payne, a Nebraska native, was able to show the sad side of what these places look like now while also painting a beautiful picture of how they once were.

But once again it’s the characters that gives this film its life. Bruce Dern delivers one of the most earnest and committed performances of the year. Woody is a captivating character with more layers than you may think. He’s deeply flawed yet genuinely sympathetic. He can be unintentionally hilarious yet also sad and depressing. There is also a cloud of mystery that surrounds Woody. We get hints that he’s battling some form of dementia but it’s never clearly stated. Also, through the eyes of his wife and sons, we see Woody as a pretty bad husband, father, and man. Yet we learn new things about him from the people in his hometown that tell a slightly different story. There are numerous other nuances to this character that I loved.

The great film critic Leonard Maltin noted that “Payne has a Fellini-like eye for great faces”. I couldn’t have said it better. Much like a Coen brothers film, there are an assortment of memorable faces which add so much character and detail to the setting and the story itself. Everywhere you look there is one small character that feels a part of the fabric that makes up “Nebraska”. 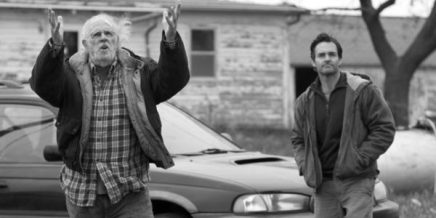 There are also an assortment of other great characters many of which are comic spark plugs. Perhaps the most talked about is June Squibb as Woody’s mean and degrading wife Kate. She undoubtedly has some of the movie’s funniest moments, but she also exposes one of the film’s only problems. Payne takes her snarky, belligerent, and sometimes foul attitude a bit too far. Don’t get me wrong, I laughed my butt off at some of her antics, but Payne overdoes it. Here’s an example. There’s a great scene where Kate, Woody, and David are visiting family grave sites at a small country cemetery. It’s a fantastic scene with the right mix of drama and humor. That is until the Kate character suddenly does a vulgar act clearly intended for a cheap laugh. It really hurts what could have been a brilliant scene.

While Payne does overplay his hand which hurts the movie a bit, I still found “Nebraska” to be one of the strongest films of the year. Not only is it a piercing examination of some very real issues, it’s also one of the funniest movies of 2013. And if Bruce Dern doesn’t get a Best Actor Oscar nomination for his phenomenal work, it will be hard to take the category seriously. I really like “Nebraska” and I think it’s a better film than Payne’s beloved “The Descendants”. It is smart and fresh filmmaking that I really hope gets rewarded this awards season.