This entire week I am celebrating my favorite movie ever made – “Casablanca”. I’m launching it with a Phenomenal 5 focused on some amazing fun facts surrounding this great picture. Naturally with such great appreciation for a film comes tons of wonderful trivia bits, cool details, and fun facts. Here are just five of the many I could mention. Now considering the greatness of “Casablanca” I wouldn’t call this the definitive list. But there is no denying that these five fun “Casablanca” facts are absolutely phenomenal. 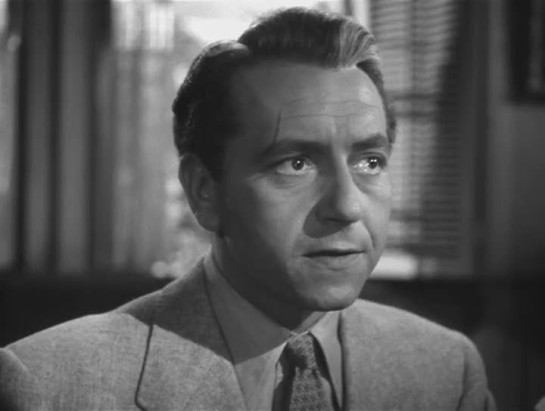 The key character of Victor Lazlo was played by the accomplished Austrian actor Paul Henreid. Henreid wasn’t keen on the role from the very start because he felt it shed a bad light on him. In fact, he would only agree to do the film if his name was included in the top billing with Humphrey Bogart and Ingrid Bergman. Apparently this dissatisfaction carried over into his relationships with his co-stars. It was reported that Henreid viewed Bogart as a mediocre actor and his attitudes led Bergman to label him as a “prima donna”. With that kind of stress it’s amazing that things went smoothly at all. 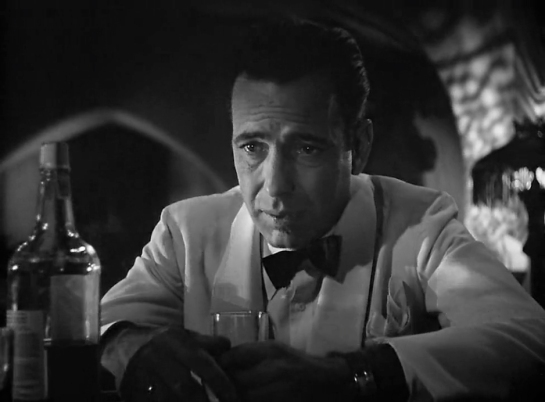 “Casablanca” is known for having some of the greatest quotes in cinema history. It also has one of the most commonly misquoted lines. The frequently quoted “Play it game, Sam” never leaves the lips of Rick yet most people identify that line with the movie. Woody Allen even made a film with the misquote as the title. Actually neither a heartbroken Rick nor a reminiscing Ilsa utter the words. Rick says “You played it for her, you can play it for me.” Ilsa says “Play it, Sam. Play ‘As Time Goes By”‘. They are both great moments but neither feature the popular quote we hear so often. 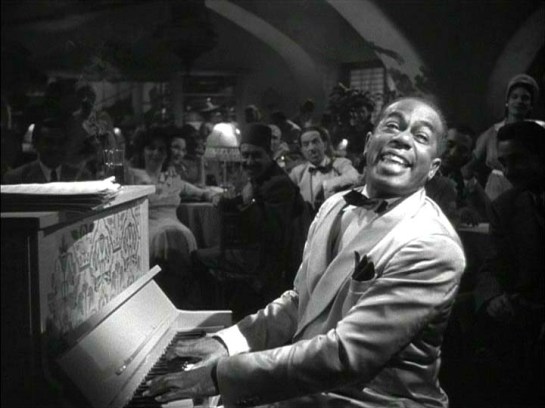 Every fan of “Casablanca” has a strong affection for Rick’s best friend and club pianist Sam (played by Dooley Wilson). Sam was there when Rick and Ilsa fell in love and he saw the painful effect Ilsa’s departure had on Rick. He knew the importance of the song “As Time Goes By” and he played it on his piano with such passion. Sam’s piano playing was as much of a part of Rick’s Café Américain as anything else. But here’s the funny thing – Dooley was a professional drummer and he faked playing the piano in the movie. In fact, during the scenes pianist Elliot Carpenter was actually playing behind a curtain.

I talked a little about the timeless quotes sprinkled all throughout “Casablanca”. One of the most well known and beloved ones is Bogart’s incredibly cool line “Here’s looking at you, kid”. We hear it during the wonderful Paris flashback sequence and then later on close to the end. What’s amazing is that the line was completely improvised by Bogart. It was never a part of the script but Bogart, who had actually used the line in an earlier film, threw it out there and it absolutely worked perfectly. It’s amazing that one of cinema’s greatest lines was actually a product of improvisation.

#1 – Bogart vs. Bergman: Who was really the tallest? 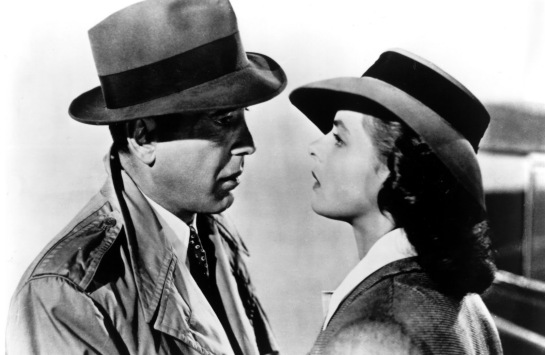 As a huge Humphrey Bogart fan there are several facts about the actor that are well known to me. One such fact centers around his height. Bogart was a short man measuring in at 5’9. Ingrid Bergman was actually a little taller than Bogie and a number of adjustments were made to remedy that on screen. Bogie sometimes sat on pillows while Bergman slouched in order to make him appear taller. Other tricks required Bogart to stand on boxes strategically hidden out of the camera’s sight. But despite his height restrictions, Bogart still gave us one of film’s coolest characters.

So “Casablanca” week is officially underway. Hope you enjoyed this “Casablanca” based Phenomenal 5. What did you think of the list? Any thoughts about these cool facts? Have some more you would like to share? Please take time to toss them out in the comments section below.