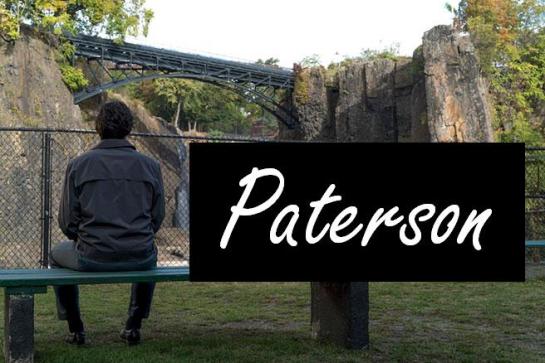 “Paterson”, the beguiling new film from Jim Jarmusch, is certain to be criticized by some as slow and mundane. They wouldn’t be wrong. But the great joy of the film lies in Jarmusch’s unfettered assurance in his story and in the way it should be told. And when a true craftsman is confident in what he’s creating, you can bet there is purpose and meaning hidden in the film’s every corner. So it becomes our duty to look deeper into the supposed minutia and see what he is trying to convey. That’s always been part of the allure of Jarmusch’s films. 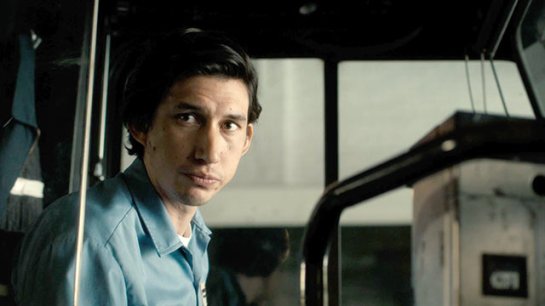 Paterson’s life is one of routine. Each morning he wakes up around 6:15, snuggles with his wife Laura (Golshifteh Farahani), and eats a bowl of cereal before walking to work. When he gets home they have dinner then he walks their cantankerous English bulldog Marvin (an absolute scene-stealer). While out, he stops at a corner bar where he treats himself to one beer. We usually leave him staring into his half-empty or half-full mug, depending on how his day went. The next morning this creature of habit gets up and does it all over again.

But it’s the spaces in between this daily routine that give the film life – the collections of seemingly small things that make even the most ordinary day unique. Jarmusch fills these spaces with an assortment of the simplest conversations, observations, and interactions. He never feels compelled to manufacture melodrama or conflict. Instead he allows life to happen without any dramatic prodding. And it’s these modestly presented moments that give Paterson his identity.

With his soulful face, tempered emotions and unassuming presence, Driver couldn’t be better suited for Jarmusch’s low-key vision. His Paterson eases through life, accepting and embracing what it has to offer. That mindset feeds into his poetry which he pieces together during the quiet moments of his day. I’m not the guy to say whether his poems are good or not, but where they come from and what they reveal about Paterson is far more important than their quality. His poetry is a window into one of Jarmusch’s running themes – appreciation for the little things. I mean he wrote an entire poem about a box of matches.

Even his relationship with Laura reflects a gentle, relaxed perspective. They delightfully compliment one another despite their noticeable differences. Look no further than their creativity. Paterson’s poetry is personal, and he keeps it tucked away in his notebook. Laura’s creative ambitions are flaky but earnest, and she doesn’t mind sharing it with anyone. Paterson is dedicated to poetry despite his lack of confidence. Laura goes with her artistic flavor of the moment. It may be cupcakes, interior design, or country music guitar. Yet both are equally supportive of the other. Some of the film’s sweetest moments have Paterson taking in Laura’s excitement and then offering encouragement. Again, no spectacular artificial tension. Just life.

“Paterson” is indeed about appreciating the little things. It’s also about the convergence of art and everyday life. It’s even a tender story of love and contentment. As in his previous films, Jarmusch’s approach is minimalist yet subtly robust. His structure resembles stanzas of a poem, and they are filled with relaxed easygoing rhythms that sweep you through from start to finish. You’ll notice other Jarmusch signatures – his quiet off-beat sense of humor, his compelling use of location, and the fascinating mellow harmony with which he works. If you are a fan of his films like I am, “Paterson” will be an absolute delight. 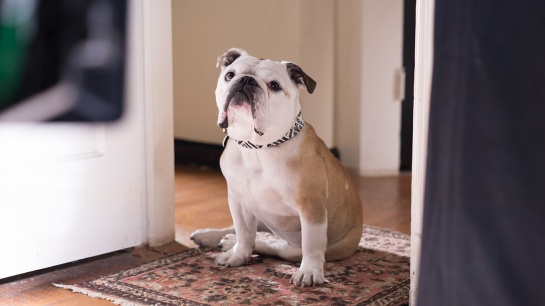