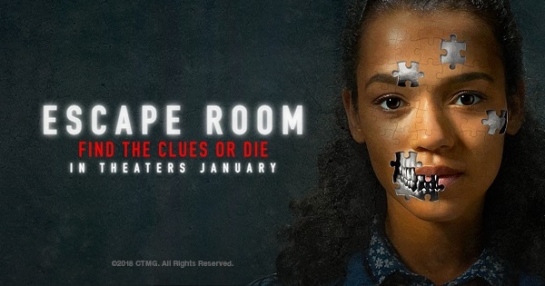 Hollywood has discovered a goldmine in modestly budgeted yet surprisingly lucrative horror-thrillers. Production companies such as Blumhouse can churn these films out at little cost and make a ton of money in return. These movies never end up among the highest grossing films, but they draw a big enough audience to earn substantial profits.

“Escape Room” is one of 2019’s addition to this popular sub-genre. With $155 million earned against a meager $9 million budget, it’s not only considered a box office success, but you can be sure that a sequel is already in the works. Whether that’s a good thing…we’ll get to that later.

On sheer concept alone it’s hard to avoid instant comparisons to the “Saw” franchise. “Escape Room” isn’t as gruesome or grisly and it’s distinctly aimed at the PG-13 crowd. But its basic idea must have been inspired in some degree by the eight-film (so far) “Saw” series.

In Chicago six total strangers from various walks of life each receive a mysterious puzzle box. Inside is an invitation to an Escape Room challenge where the winner will receive $10,000. College student Zoey (Taylor Russell), daytrader Jason (Jay Ellis), stockboy Ben (Logan Miller), truck driver Mike (Tyler Labine), Army vet Amanda (Deborah Ann Woll), and video-gamer Danny (Nik Dodani) all arrive at the address provided and are ushered into a waiting room. And wouldn’t you know it, the waiting room is actually the start of the game.

Basically it works like this, each booby-trapped room features a host of hidden clues that reveal how to escape to the next room. Oh, and failure to do so within the set amount of time has fatal results. Along the way we learn the strangers were chosen for a reason and they share a rather unique bond. But as more of their individual personalities surface, teamwork turns into survival of the fittest. 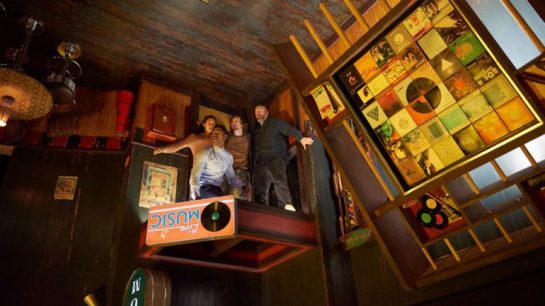 There really isn’t much more to “Escape Room” than that. Yes, each room becomes more challenging (and more deadly). Yes, a little more is revealed about the characters and the thread that binds them. Yes, some rooms are clever and visually captivating and director Adam Robitel does some interesting stuff with his camera particularly in playing with perspective. But the movie eventually runs out of ideas and ends up beating the same drum as it hops from one room to the next.

And then you get to the final act where the whole thing flies completely off the rails. You learn early on to switch your brain off, but even that can’t cover the ludicrous finale. Things get so ridiculous and we’re asked to buy into the wackiest ending and sequel setup. If you don’t think about “Escape Room” you could probably find some decent throwaway entertainment. But once you look even an inch below the surface, the whole thing comes unglued.