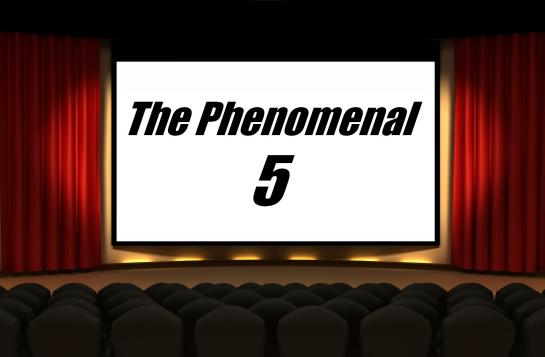 I thought it might be fun to do a Phenomenal 5 that should surely spark discussion. I’m going to list five movies that I feel are incredibly overrated. Now I know there are many people who love the movies I’m listing and they have been defended as great films by many who are smarter than me. But for different reasons I didn’t find them to be the cinematic classics that they are heralded as. Some aren’t necessarily terrible movies. But none of these films worked for me. I actually found there to be more movies to consider than I thought there would be but I’m very comfortable with these five. As always I wouldn’t call this the definitive list. But for me, there’s no denying that these are 5 phenomenally overrated films…or are they?

I can’t think of another movie review that I have written that stirred more people up than my take on “Toy Story 3”. The movie was incredibly popular and it was a gold mine for Pixar. It not only won the Best Animated Feature Oscar but it was also nominated for Best Picture. What surprised me even more is that the film found it’s way on countless Critic’s Top 10 lists for the year 2010. My biggest beef with “Toy Story 3” is that it’s pretty run-of-the-mill. The film is bookended by an outstanding opening and a touching ending but it’s everything in between that stumbles. It’s a repetitive drag that’s really nothing more than a typical loud cartoon. The middle has some serious issues with tone and it could have easily been 15 minutes shorter. Now “Toy Story 3” isn’t a bad movie but it’s also not one that I feel deserved the accolades it received. It has it’s share of flaws and I certainly feel it’s overrated.

I have heard “Annie Hall” called the greatest romantic comedy of all time. I can’t say I agree. This much-loved film won several Academy Awards including Best Original Screenplay and Best Picture for Woody Allen. It’s also heralded as the 35th Greatest Movie of All Time by the American Film Institute (taken for what it’s worth). Now don’t misunderstand me, I did find “Annie Hall” to be funny in places. But I also found it to be repetitive and eventually a tad boring. It sometimes comes across as a standup comedy routine that uses the same material but presents it in slightly different ways. I can appreciate Allen’s wit but here he milks that cow dry. “Annie Hall” certainly isn’t terrible but I have a hard time calling it one of the best of all time. In fact, for me it’s not even close. 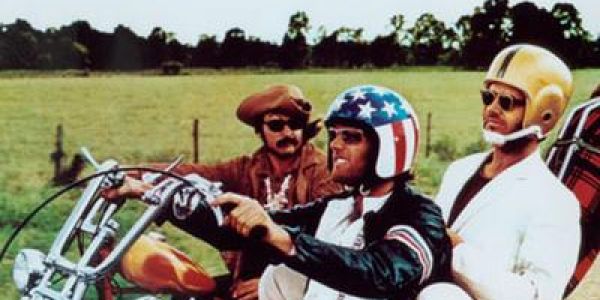 “Easy Rider” is considered a landmark counterculture movie and it ushered in a new style and method of filmmaking. It received several Oscar nominations and even today it’s listed as The American Film Institute’s 84th greatest movie of all time. Well, I have to disagree. Not only did I find “Easy Rider” flat and muddled but also annoying at times. It’s the hippie movement’s self-portrait that features more pot smoking and free spirit babbling than entertainment and enjoyment. Jack Nicholson is fun to watch and there is some good camera work and locations. But to be honest, I never connected with “Easy Rider”. It feels dated and features one of the most annoying movie scenes I have ever seen (the drug trip in cemetery). I know many love this movie. I’m not one of them.

I don’t have room to list all of the accolades, honors, and positive reviews that Francis Ford Coppola’s “Apocalypse Now” has received. It was nominated for around 8 Academy Awards winning two. It hauled in three Golden Globe Awards and sits at #28 on AFI’s 100 Greatest Movies list. Almost every prominent film critic has praised the movie. Roger Ebert even goes as far as to call it “one of the greatest of all films”. For me, “Apocalypse Now” is a mixed bag. It’s starts off well enough before really getting good when Robert Duvall hits the screen. The Air Calvary helicopter attack while “Ride of the Valkyries” blares from loud speakers is fantastic and Duvall’s nuttiness is a blast. But the movie flies off the rails with one of the most off-the-wall and numbing endings you’ll find. Look, I understand Coppola is saying a lot under the surface, but at some point I want to be entertained when watching a film. The hallucinogenic jungle cult, severed heads, and philosophical mumblings made “Apocalypse Now” a difficult movie for me to finish. I know that the film broke new ground in terms of filmmaking. It also tries to be too clever for it’s own good. 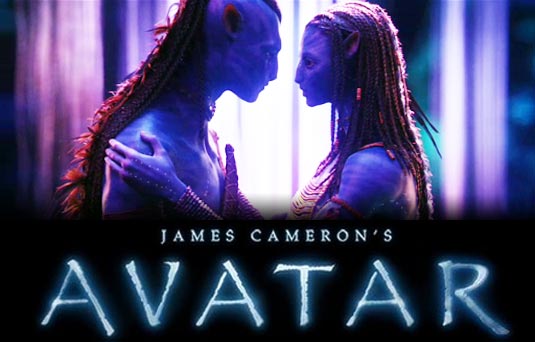 James Cameron’s box office juggernaut “Avatar” was an unequivocal critical and commercial success. It was nominated for 9 Academy Awards and at the time became the highest grossing movie of all time. Even fellow filmmakers like Steve Spielberg praised the movie comparing it to “Star Wars”. Through all the hype, I sat stunned at all of the obvious flaws that were overlooked and the passes that the movie was given for it’s shortcomings. To start out let me give it a little credit. Technically, “Avatar” is a stunner. It was the first movie to really show 3D as a powerful cinematic storytelling device. The motion capture technology was marvelous and the CGI action sequences were unlike anything I had seen before. But for me that’s all “Avatar” offers. First there’s nothing all that original about the story. It’s basically a sci-fi “Dances with Wolves”. It’s completely predictable and you know exactly how things are going to play out in the first 15 minutes. Then there’s the script. It features some of the silliest, cheesiest  lines particularly from the poorly portrayed military and the evil corporate head. Stephen Lang is laughably bad as the stereotypical soldier gone bad in what may be the worst performance of the decade. The movie also bludgeon’s the audience to death with Cameron’s forced environmental and political preachiness. He slams the military. He slams big corporations. He force feeds us his concepts of planet worship. And all of it is incredibly heavy-handed. Yes, “Avatar” is a technical milestone but you must have a good story to match. Instead, “Avatar” has a crappy story covered with a shiny coat of paint. That’s not enough for me.

So there you have them. 5 movies that have received plenty of praise but that I feel are overrated. I’m sure many disagree with my takes on these films. Please leave you comments about these movies or other popular films that you feel are overrated. 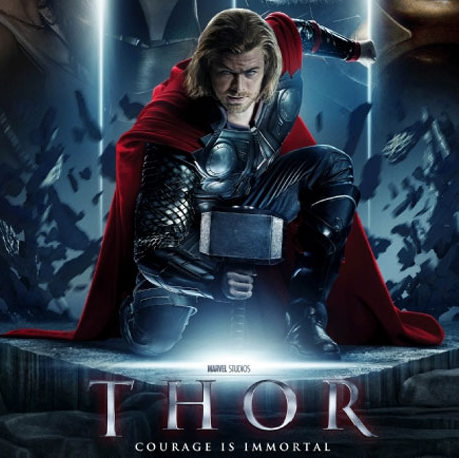 The summer of 2011 was all about superheroes. The summer movie season started with “Thor”, the first of four superhero film’s that were released between May and July of 2011. The idea of a Thor movie changed hands multiple times but Marvel Studios would finally green-light the project after the strong success of the Iron Man film. “Thor” was another movie that led to this week’s much-anticipated Avengers movie.

Of the four big superhero releases that year, I always felt “Thor” had the biggest chance fir failure. While I understood how a great picture could be made considering the wealth of quality source material available, I couldn’t help but question how it would look on-screen. I was thrilled to see that it’s a cleverly crafted film and Marvel Studios did a nice job placing it in the hands of director Kenneth Branagh. Now Branagh wasn’t the first name that I thought of when it comes to directing superhero movies. He’s better known for his Shakespeare movie adaptations but don’t let that scare you away. He does a great job here with some tricky material. 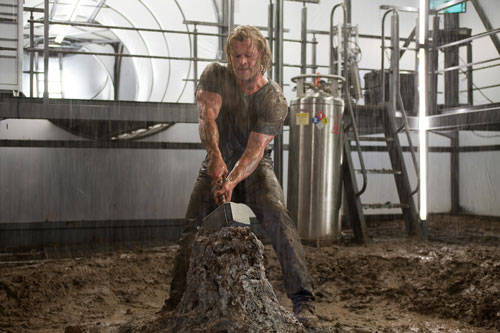 Australian actor Chris Hemsworth plays Thor, the tough but brash god of thunder and heir to the throne of Asgard who is banished to earth after bringing war to his home and losing favor with his father, Odin (Anthony Hopkins). Thor’s banishment opens the door for his brother Loki (wonderfully played by Tom Hiddleston), also known as the god of mischief, to rise to power. Upon crashing down to earth, Thor is found by a group of scientists led by Jane Foster (Natalie Portman) who can’t determine whether Thor is from another “realm” or truly insane. To make things worse, Thor finds himself to be without  Mjolnir, his mystical hammer and ultimate power source, making his ability to return to Asgard virtually impossible.

Perhaps the greatest thing about Thor is that it’s just so much fun. For me personally, it was a fantastic movie theater experience. The cast is having fun and easily passes it on to us. Of course it’s filled with spectacular action sequences and special effects but also the perfect amount of humor that never goes too far. The movie never takes itself too seriously and that’s a key to it’s success. “Thor” sticks close enough to the comic book source material to satisfy any fanboy like me but also has a strong mass appeal that anyone could easily appreciate. I also loved the portrayals of Thor’s great assortment of side characters such as Heimdall, Volstagg, and Sif. Almost everything works well. There are moments that had me wanting to clap and others that had me laughing out loud. It’s that well done.

Hemsworth really brings it with his performance. He proves to be a great casting choice and his bulked up, Norse warrior look combined with a genuinely funny, self-deprecating humor does Thor justice. Portman, fresh off of her Academy Award win, is also very good as Jane Foster. She has a nice, believable chemistry with Hemsworth that’s pretty easy to buy into. Hiddleston’s Loki was one of the trickiest roles (no pun intended) but he pulls it off masterfully and Hopkins is as strong as always. I also enjoyed Jaimie Alexander’s Sif. Unfortunately she isn’t given much to do and I would have loved to have seen more of her in the picture. 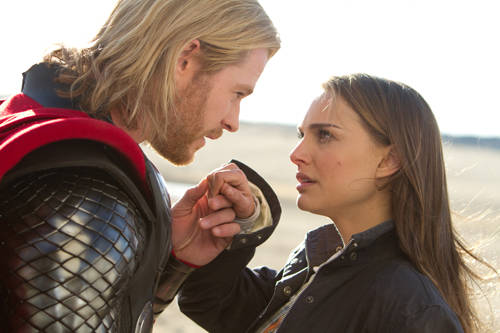 There isn’t a lot to say negatively about the film but I do have to mention the 3-D. There are very few scenes that really stand out and at the end of the day the 3-D seems tacked on and pointless. As is the case with many conversions, it adds a darker look to the screen and I could have done without it completely. I also wasn’t really taken Kat Dennings’ Darcy Lewis character. She’s mainly in there for comic relief and honestly some of her lines are pretty funny. But I could think of a few better ways to use that screen time. But these things do nothing to ruin what’s a really good film.

“Thor” was a great start to the summer season and a true accomplishment for fans of the comic book movie genre. It’s strong cast is complimented by a well written story and sharp direction. As I mentioned, it never takes itself too seriously but does have enough drama to draw you in. It trips up in a few small places but as a whole “Thor” was a joy. As a comic book fan it met nearly every expectation I had. It’s an obvious attempt to start yet another Marvel movie franchise and ties in nicely to the upcoming Avengers film. It moves at a perfect pace and maintains a great balance between it’s parallel stories. It a fun, exciting, and often hilarious popcorn picture that I’m ready to see again.