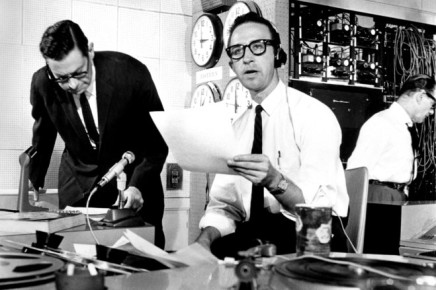 For me one of the key ingredients to the success “Night of the Living Dead” is the fantastic sound design and choice of music. In many ways it’s key in developing the movie’s overall creepy tone and feel. It may surprise some to know but much of the music was purchased and previously used in a variety of other shows and movies. Subtle but effective alterations were made to some of the tracks to make them feel more connected to the film. The live sound effects were recorded by Richard Lococo and they are amazing. Echos and distortions are used to make things all the more eerie and I love the little sound choices which add to the tense atmosphere. For example the emergency television newscast that we hear in the background of much of the film. It and all of the sound design lends much to the film’s disturbing feel. 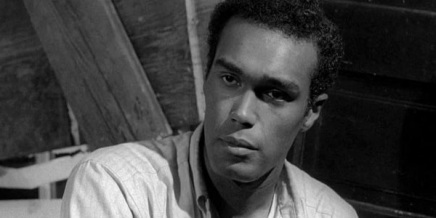 He was a relatively unknown stage actor when George Romero hired him to star in “Night of the Living Dead”. But Duane Jones was stepping into what would become an iconic role particularly in the horror genre. His performance as the composed and resourceful Ben is a real strength of the picture. We don’t learn a lot about his character’s story but we learn a lot about who he is. He’s cool, calm, and collective and without him things would have fallen apart quicker. Jones’ casting was significant because at the time (1968) African Americans weren’t known as leading men and women in movies particularly with an otherwise all-white cast. But he fits perfectly into his role and without his rock-solid performance “Night of the Living Dead” just wouldn’t be the same.

I still remember the first time I watched “Night of the Living Dead”. My uncle brought it and a rented VCR to our house and my parents let me stay up and watch it with them. I’ve loved it ever since. One of the main things that has stuck with me from that very first viewing all the way to today is the film’s setting. The whole idea and concept of basically being cornered in an isolated farmhouse while hordes of the undead collect outside was terrifying to me as a child and still creepy today. The survivalist elements mixed with the simple “we have nowhere to go” angle is very effective here and of course it would go on to influence a large number of other movies that followed. I’ve seen “Night of the Living Dead” more times than I can count, yet with each new viewing I still find myself completely immersed in that Pennsylvania farmhouse.

“Night of the Living Dead” is known for several firsts and for paving new ways. Perhaps most notable is that this was the feature film directorial debut for George Romero. He was the real mastermind behind the project and in retrospect what he was able to accomplish is astonishing. First, the film was made with a miniscule budget of only $114,000. This seriously limited many things but also called for a much more creative sense. Romero certainly had that creativity. Intelligent uses of sound, the camera, and the limited special effects all fell into place under his direction. He also chose to shoot the film in 35mm black-and-white. Initially this was a budget constraint but he uses it like a master. Now it’s the only way the movie should be viewed. Again, what Romero does here is astonishing and it’s a true testament to the creativity of good filmmakers.

Zombies are all the rage aren’t they? The undead have found permanent homes in all sorts of media including comics, video games, movies, and television. So many people have been inspired to offer their own vision of zombies and the term ‘zombie apocalypse’ is known by everyone. And to think it all started with Romero’s vision. “Night of the Living Dead” wasn’t the first film to deal with the dead coming back to life, but it was the first film to truly develop zombies as they have come to be known today. It would be impossible to number all of movies whose inspiration could be traced back to “Night of the Living Dead”. It’s influence can be seen not only in cinema but in the culture as a whole – something I know Romero couldn’t have imagined at the time. So the next time you see a zombie movie, watch an episode of “The Walking Dead”, or play “Plants verses Zombies” just remember that it can all be traced back to the classic “Night of the Living Dead”.

So there you have it – 5 phenomenal things about what I consider to be the greatest horror picture ever made. What do you think of the film? What’s something you love about it? Do you even like the movie? I’d love to hear your thoughts. Please comment below and share your thoughts.

SPOILER: THESE ARE 5 FILMS WHERE THE MAIN HERO DIES. BE FOREWARNED!

Everyone loves a great hero. In fact, entire movies can stand or fall on how good the main hero of the story is. We’ve all seen the “ride off into the sunset” endings where everything is happy and uplifting. The boy gets the girl (or vice versa) and all is right with the world. But then there are the movies where the good guy may win, but dies in the process. If you think about it, there are several films that feature their hero dying. I’ve chosen five fantastic deaths that are worth some praise. Now there are many I had to leave off so this certainly isn’t the definitive list. But there’s no denying that these five movie hero deaths are absolutely phenomenal.

Sam Mendes’ “Road to Perdition” may have one of the saddest hero deaths in cinema. Tom Hanks plays Michael Sullivan, a mob hitman who gets revenge on his bosses who turn on him and kill his wife and younger son. The mob higher-ups seek to silence him and he escapes to a small town on Lake Michigan called Perdition. Sullivan stands by a window of a beach house looking out over the lake waters when two bullets hit him from behind. Jude Law walks out of the shadows as Sullivan falls to the ground. Sullivan kills his killer then dies in the arm of his crying son. It’s a devastating scene involving a young boy losing his father and even though Sullivan isn’t the most upright hero, we still root for him.

Jean Reno stars as Leon, the most loveable movie hitman who befriends and shelters a troubled young girl named Matilda (Natalie Portman) who has witnessed the murder of her family at the hands of Standfield, a corrupt DEA agent played by Gary Oldman. Stansfield brings his forces for a big final showdown in Leon’s apartment building. He gets Matilda to safety before sneaking out after a massive gun battle. He makes it out of the building and while hobbling down an alley Stansfield shows up and shoots him. Leon hands him a grenade pin that he says is “from Matilda”. Standfield rips open Leon’s jacket to expose a number of live grenades. BOOM! Leon take Stansfield with him. A hero going out with a bang.

While young Ofelia isn’t your typical hero especially for this type of list, I had to put her on here. Fleeing from her brutal stepfather, Ofelia carries her infant brother into a garden labyrinth. She puts her life on the line to save her brother but her stepfather soon catches up with her and shoots her dead. He gets his when he reaches the exit of the labyrinth and plenty of people are waiting. But one of the most devastating scenes is when they discover Ofelia. What makes her death so powerful is the sad life she was confined to throughout the movie. In her fantasy world she went on to rule. But in our world she died a true hero’s death. 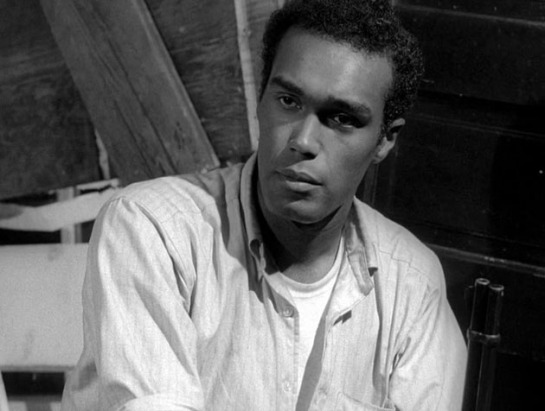 After all Ben had been through the night before, to be killed the way he was just stinks. Zombies corner up seven people in a Pennsylvania farm house and only Ben (Duane Jones) survives the night. After barricading himself in the cellar, he comes up after all seems quiet upstairs. It’s daylight outside and Ben hears dogs barking. He sneaks up to a window and peaks out. At that second he gets shot in the head by a group of men who mistake him for a zombie. Just like that. Ben was cool and calm and managed to survive the zombies. It’s too bad he was later mistaken for one.

Russell Crowe’s performance as Maximus in Ridley Scott’s “Gladiator” was exceptional and his death was certainly that of a hero. After being stabbed while chained up by the sniveling Emperor Joaquin Phoenix, the wounded Maximus is then brought out to fight the Emperor and die in front of the huge crowd in the Coliseum. But just like a true hero, Maximus prevails and kills the Emperor just before passing out. He dies there in the Coliseum and we see him being reunited with his wife and son through a dying vision. Maximus is carried off while the Emperor is left laying in the dirt. It’s a poignant and moving ending and it still gets to me no matter how often I see it.

There ya go – 5 Phenomenal Movie Hero Deaths. Now I could easily have done a top 20 so I know I’ve left some good ones out. What’s your favorite movie hero death?