Lost in the corpulent backlot of 2013 movies is “Broken City”, a political/crime thriller that features a fine cast and a common but still interesting idea. The film marks the solo directorial debut of Allen Hughes who is known for his past works with his brother including “The Book of Eli” and “Menace II Society”. An underperformer at the box office and generally panned by critics, “Broken City” is looked at as a movie that squanders its potential. But is that a fair criticism? In a nutshell, yes it is.

For me, the biggest problem with “Broken City” reveals itself early and persists through the entire picture. There is practically no fire or energy shown in any facet of movie. In a story that should generate plenty of emotional spark, all we get are dry characters, dry scenarios, and a dry ending. There is rarely a charge of life anywhere to be found and the movie seems to wallow in lethargy. It’s hard to pinpoint the exact blame. Is it the direction from Hughes? Is it Brian Tucker’s script? Could it be the actors who seemingly have no interest in what they’re doing? 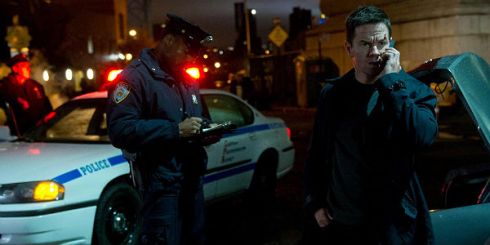 Mark Wahlberg stars as a former New York police detective named Billy Taggert. Seven years after being forced to leave the department following a controversy and PR nightmare, he works as a struggling private detective. Things get complicated when the New York City Mayor Nicholas Hostetler (Russell Crowe) hires him to find out who his wife (played by Catherine Zeta-Jones) is having an affair with. Little does Billy know that by taking the case he would be catapulted into a complex political web involving the mayor, his opponent for the upcoming elections (Barry Pepper), and the police commissioner (Jeffrey Wright).

There is a pretty familiar formula that the movie uses while still trying to do a few things of its own. Unfortunately a lot of time is wasted on superfluous side stories that are never fleshed out to the point of being interesting. The best example of that involves Billy’s aspiring actress girlfriend (played by Natalie Martinez). Her character and their struggling relationship seems shoehorned in to try and add some humanity to Billy. She is present for a short time and then completely drops off the map. It’s also one of those movies littered with lucky timing and all sorts of conveniences. Whether Billy is pulling up just as someone throws out a suspicious bag of garbage or whether he is never spotted while supposedly hiding in plain site.

While the characters are mostly flat and dormant, there are moments where that approach really works. Crowe and Wright have some great back-and-forths generated from the internal rivalry of their characters. Their verbal jabs are stinging and these two great actors have a lot of fun with the animosity. Wahlberg doesn’t get those types of moments. He spends the entire movie stone-faced and rarely shows one ounce of emotion. I’m not sure if it is how he is written or how he was directed, but his character could have been so much better with just an ounce of charisma or personality. That toned down approach turns out to be a problem for every character.

“Broken City” does featuring some great cinematography that captures a variety of New York City flavors. And again, there are a few moments of good crisp dialogue particularly between Crowe and Wright. Unfortunately the lack of zest and the wasted time spent on half-cooked characters doesn’t elevate the film past its already formulaic structure. It’s really a shame because a movie with this strong of a cast could have been better. Instead it’s a forgettable, below-average thriller that deserves its spot in the backlot of the 2013 movies.

With the NFL and college football underway I thought I might as well do the exact same thing I did at the start of the baseball season. This week’s Phenomenal 5 will be looking at football movies. This was an interesting list to put together and when the final cut was made, I was surprised to see the variety (something I aim for with these lists). So here they are, five football movies that I thoroughly enjoyed. Now I know there are a few popular ones that didn’t make it therefore I wouldn’t call this the definitive list. But there’s no questioning that these five football films are certainly phenomenal. 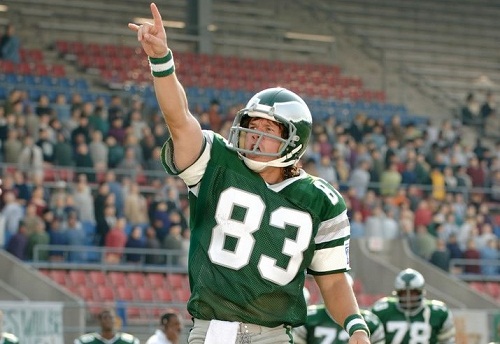 This 2006 football picture is based on the unlikely true story of Vince Papale, a down-on-his-luck bartender who is encouraged to participate in an open tryout for the Philadelphia Eagles. Mark Wahlberg plays Vince who catches the attention of Eagles coach Dick Vermeil (Greg Kinnear). Obviously he makes the team or we wouldn’t have a story but at its heart this is a fun movie for football fans. While Kinnear doesn’t quite make me think of Dick Vermeil, Wahlberg is a lot of fun and “Invincible” is a movie I still enjoy. 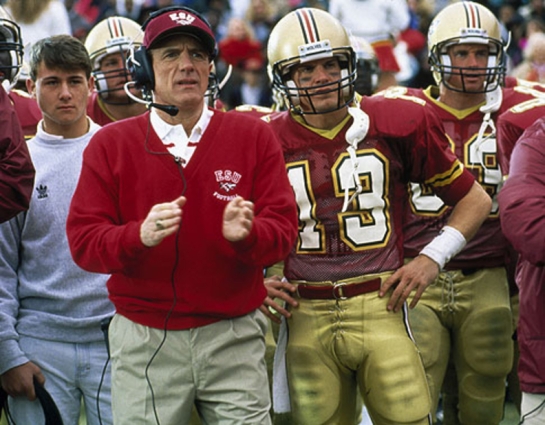 “The Program” is certainly a movie with its share of flaws but it’s still one that strikes a chord with many football fans. This movie takes an edgy look at college football through the fictional ESU Timberwolves. It looks at academic fraud, steroids, Heisman pressures, and even ventures into troubled kids dealing with split families and alcoholic fathers. I completely admit that “The Program” tries to do too many things and the writing is sometimes silly. But this is a compelling look at the NCAA program and James Caan is excellent as the head coach trying to balance it all. “The Program” is just a solid football movie, flaws and all.

“Rudy” is one sports movie that almost everyone is familiar with. It’s the story of Rudy Ruettiger (Sean Astin), a college kid who is small in size but with a huge heart. He has a dream of playing football for the University of Notre Dame. He first has to overcome the hurdle of being admitted to the university and then he has to make his way onto the practice squad by impressing his coach with his determination and effort. Against all odds, Rudy finds himself not only dressing out for the final home game of the season, but playing to the chants of “Rudy, Rudy”. It’s an utter feel good movie but it’s also a classic football film.. 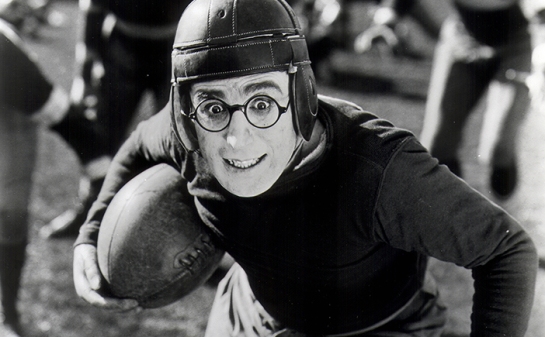 If you haven’t seen this 1925 silent movie gem you’re missing a real treasure. The great Harold Lloyd plays an enthusiastic but clueless young man who is entering his freshman year at Tate College. To gain popularity with the college crowd and with a young girl that’s caught his eye, Harold decides to join the university’s football team. He goes from being the team’s tackling dummy (literally) to water boy to football hero. It’s a charming and often times hilarious story. Lloyd is great and I’ll never forget the little jig he does as a greeting. Watch the movie and you’ll know exactly what I mean. 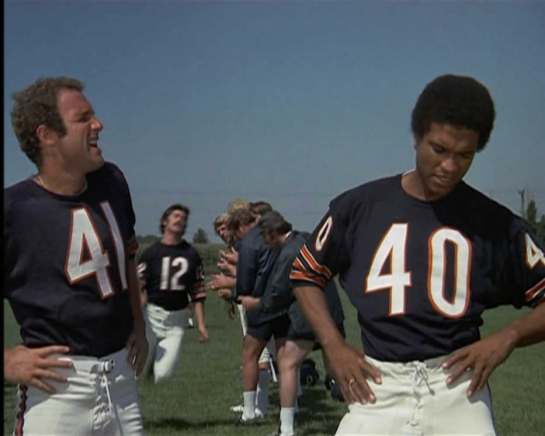 “Brian’s Song” is amazing for several reasons. First, it wasn’t initially a theatrical release. This ABC Movie of the Week from 1971 tells the story of the friendship between the chatty, wise-cracking Joe Piccolo (James Caan) and the shy, reserved Gale Sayers (Billy Dee Williams). Both are competitors for the same position on the Chicago Bears and their unlikely friendship grows even amid racial tensions and career threatening injuries. Things do turn weepy at the end but it works thanks to the wonderful relationship we watch unfold both on and off the football field. Caan and Williams give really good performances and that helps make this a great football film.

There you go – 5 Phenomenal Football Movies. I know of several that I’m sure some would put on their list. So what about you? What’s your favorite football film?