I’m fairly certain that by now everyone knows about this Friday’s release of Marvel’s “The Avengers”. All week I’ve looked at all things superheroes from special Phenomenal 5 lists to flashback reviews. I think it’s also safe to say that most people know that “The Avengers” is based on a comic book superhero team. The characters were first introduced years ago through Marvel Comics. As a comic book nerd, I thought it would be fun to introduce moviegoers to the movie’s characters from a comic book perspective. Each of these characters have a full and rich comic book history. With that in mind, let me introduce you to The Avengers that I grew up reading and loving. 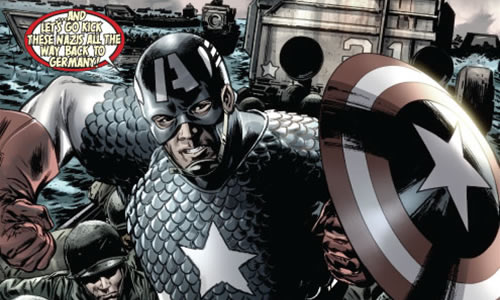 Steve Rogers experienced a lot of hardship at a young age. He grew up during The Great Depression and both of his parents died while he was still a teenager. A key moment in Steve’s life was when he saw news reports of the atrocities being carried out during World War 2. He enlisted in the U.S. Army but was rejected due to his physical frailty. Steve was given a second chance by Dr. Abraham Erskine, creator of the Super Soldier Serum. Steve was the experiment’s first and only success. Erskine was murdered before sharing his formula. As a result of the experiment, Steve gained body muscle and mass along with lightning reflexes. Through training he became the ultimate super soldier.

Steve fought in World War 2 and became known as Captain America. He served as an inspiration to a war-weary country. It was there he met his sidekick and dear friend Bucky Barnes. They fought through several memorable campaigns with troops and with other superheroes (known as the Invaders). But as the war’s end drew closer, Cap and Bucky were on a mission to destroy a drone rigged with explosives that had been launched by Baron Zemo. The two were on the drone as it exploded in air and both were believed to be killed. Cap had actually plunged into the icy waters below but was saved by the super soldier serum. His body went into a state of suspended animation. It wasn’t until years later that Steve was found by Namor still frozen. The newly formed team called “The Avengers” took Steve, thawed him, and he eventually became their first recruit.

After joining The Avengers, Cap immediately was recognized for his leadership skills. He led the team in epic battles against the likes of Kang the Conqueror, Ultron, The Masters of Evil, and many more. He also found himself up against old enemies like Baron Zemo and his arch-nemesis The Red Skull. But one of the biggest moments in the history of Captain America came at the end of what was known as The Civil War. Following an incident that killed hundreds of civilians, the American government issued The Super-Human Registration Act which required anyone with super-human powers to register with the government. This act split the superhero community in half. Iron Man led the pro-registration group while Captain American led the underground anti-registration group. The conflict was solved when Cap turned himself in. On the steps of the federal courthouse where Steve Rogers was to be indicted, he was assassinated in an elaborate plot orchestrated by The Red Skull.

But as with all good superheroes, you can’t keep him down. Over a year later it was learned that Steve Rogers wasn’t dead. He returned where he continues to lead a group of Avengers and is currently involved in the intense “Avengers vs X-Men” storyline. Steve Rogers has always been my favorite Marvel superhero and this only touches on his history. He’s a much more layered and complex character than you may believe and so far the movie’s are doing him justice. 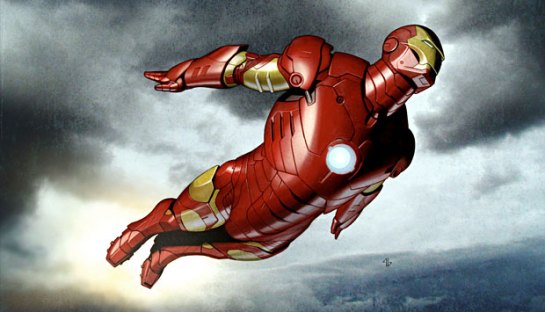 Anthony “Tony” Stark is the son of the wealthy industrialist Howard Stark. Tony showed himself to be a creative genius at an early age, excelling in everything from engineering to mathematics to physics while still in his teens. But Tony’s relationship with his father wasn’t a perfect one. He eventually inherited his father’s company, Stark Industries, at a very early age. He turned the company into the foremost weapons manufacturers in the world and quickly became a multi-billionaire. His big moment came when he was overseeing the testing of a new weapon for the head of a Communist regime. But there was an accident and Tony was seriously injured. A sharp piece of shrapnel was lodged in his heart. The Communists agreed to save Tony’s life but only if he built them a secret weapon. Tony agreed but instead used the time to create a device that was keep his heart beating as well as a suit of heavily armed armor which he used to escape.

Upon returning home (with the help of James “Rhodie” Rhodes who would become a life long friend), Tony began tinkering with the armored suit idea. Tony was still arrogant and self-absorbed and he saw the suit as another opportunity to make more money and gain more power in the weapons manufacturing business. But soon he found that the suit could serve a greater good. He maintained that the “Iron Man” was his bodyguard but secretly he used the suit to battle all sorts of threats. Only a trusted few knew that Tony was Iron Man, including his trusted secretary Pepper Potts. Tony and Pepper always had an “interesting” relationship. Her dedication to him, even through trying times, could never be questioned.

Tony was instrumental in forming the superhero group called The Avengers. Not only was he a founding member, but it was his mansion in New York that later became Avenger’s Mansion. His vision for The Avengers was to be a force for good. To protect against all threats global or intergalactic. But Tony private life sometimes conflicted with the image The Avengers wanted to project. He was known for his womanizing and became a self-destructive alcoholic. There were also issues with him being on a team protecting the great good while also being a manufacturer of weapons for all sorts of bad people. It took time but Tony really evolved as a person. He eventually controlled his drinking (although it remains a personal demon of his and has reared it’s ugly head once again) and stopped the manufacturing of weapons.

Stark has fought a wide assortment of enemies individually and as an Avenger. He’s battled those wishing to overthrow and take control of his company as well as more global threats. He was a key player in the destructive superhero Civil War and was viewed by many as the man behind many of the problems that caused it. Tony saw many friends turn against him during that period. But time heals all wounds in comic book land and bigger threats require pasts to be forgotten. Tony Stark has patched up his relationships with Thor and Captain America and they continue to fight all kinds of evil as members of The Avengers. Tony Stark is a character with a great Avengers history but with a lot of humanity as well. His real life struggles were pretty bold when first introduced into comics and the fact that he is an imperfect person makes him all the more intriguing. 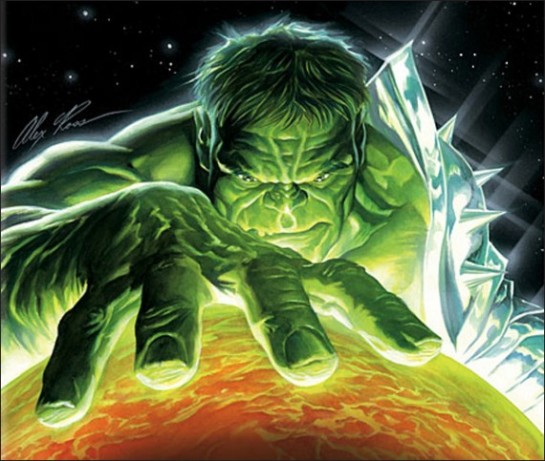 The story of Bruce Banner may be one of the saddest in the Marvel universe. He grew up in a dysfunctional home. While he had a loving mother, his father, an accomplished physicist hated him. His father was an unhinged alcoholic who was eventually institutionalized after murdering Bruce’s mother. This left Bruce very closed off as he grew up. He kept all of his pain to himself and didn’t have a social life. This would later play an important role in Banner’s transformation. Bruce was still a brilliant young man and excelled in nuclear physics. He got a job working for the U.S. government. This is also where he first met Betty Ross. The two quickly fell in love. It was also here where Bruce was working on a secret weapon known as the Gamma Bomb. It was during a Gamma Bomb test that Bruce was showered with high levels of radiation. The radiation is what caused him to transform into the large, extremely powerful monster which would become known as Hulk.

Banner’s transformation into Hulk was linked to the release of adrenaline into his system. Whenever he became excited or angered he would turn into the powerful creature. While as Hulk, he would gain body mass, strength, and agility. But he would also lose the brilliance of Banner cause him to be more of a wrecking ball than a tactical fighter. The military immediately fought to contain Hulk. Led by Thunderbolt Ross, Betty’s father, they chased and fought Hulk to no avail. Hulk went into hiding but found time to fight a wide assortment of enemies. He turned from grey to green and evolved into a popular Marvel hero.

Hulk’s association with The Avengers is a strange one. He was a founding member of the team and fought the team’s first real threat, Dr. Doom. But Hulk and The Avengers had a falling out and he quit the team shortly after they were founded. Hulk found himself at odds with both them and The Fantastic Four causing him to once again go his own way. Hulk found himself on the run from everyone. Recognizing his immense power, he was often the object of manipulation making it harder for him to trust people. Banner constantly looked for ways to “cure” himself just wanting a normal life where he could be with Betty. But his attempts resulted in more failure. The Hulk did find a home for a while with The Defenders, but his story is mostly one of loneliness and pain.

More recently, Hulk was jettisoned to an uninhabited planet by a superhero group known as The Illuminati (Iron Man served on the group of higher minds). The group thought sending Hulk there would get rid of the threat he posed once and for all. But their plan went wrong and he landed on a gladiator alien planet called Sakaar. Here he fought until ultimately overthrowing the planet’s leadership. He placed himself as King of Sakaar, even falling in love and having a child. But his family was killed when the shuttle that brought him to the planet exploded. Enraged, Hulk assembled a team and headed to earth where he engaged in a brutal revenge-fueled war against earth’s superheroes. Hulk’s rage was eventually quenched but not without causing more stress in his relationships with the other heroes. There have been several incarnations of the Hulk and a Hulk family in comics. For me the Hulk isn’t as good these days as he once was but he still has a history of great but sad storylines.