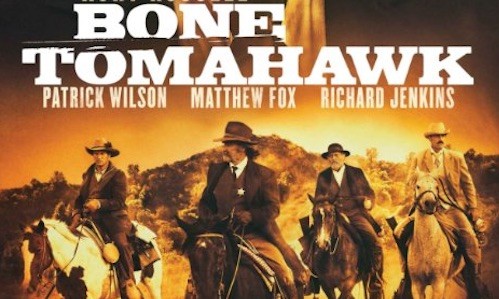 Some movies are beyond categorizing. They simply can’t be kept within the bounds of a single genre. It is a tricky thing to do well and I have always enjoyed it when a movie pulls it off. The bizarrely titled “Bone Tomahawk” may be this year’s biggest example of that. This unique genre-jumping concoction could best be described as an action, horror, comedy, western, thriller. To fail to emphasize any of those components would be to fail in accurately describing this wild movie.

Is 2015 the year of the subversive western? Earlier this year we had “Slow West” and “The Salvation”, two well made films that dared to do unique and different things in the western sandbox. “Bone Tomahawk” blows the sandbox to smithereens. Writer and director S. Craig Zahler (perhaps better known for his novels and heavy metal music) makes an impressive directorial debut as he juggles genre and tone to give us a film we can never quite figure out. Every time I felt I had figured out what it was, “Bone Tomahawk” would pull the rug out from under me. 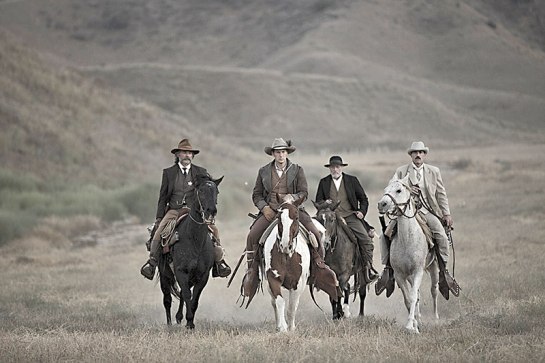 While fleeing a posse, two murderous and thieving scoundrels (amusingly played by David Arquette and Sid Haig) stumble across a mysterious burial ground. Only Arquette’s character survives and he flees to the small town of Bright Hope. Unbeknownst to him, savages from a clan of hill-dwelling cannibals follow him to the town. They butcher a stable boy and kidnap three people. Among those taken is Samantha O’Dwyer (Lili Simmons) wife of Arthur O’Dwyer (Patrick Wilson).

Kurt Russell ventures back into the wild west playing Sheriff Hunt. He and his insistent and loyal deputy Chicory (played with humorous precision by Richard Jenkins) prepare a rescue. Arthur joins their venture as does John Brooder (Matthew Fox), the town’s dapper dandy with his own violent baggage. This ragtag posse of sorts begin the three day trek to find their people unaware of the horrors that may lie ahead.

Zahler’s vision for his film is fed to us in small parts. In one moment it will feel like a traditional western. In another moment it is a suspenseful thriller. Then a subtle yet hysterical bit of dry or dark humor makes it seem like something else altogether. Also the film will occasionally hit you with a scene of gruesome horror, something akin to a B-movie cult film. Fortunately all of these work within the bounds of Zahler’s vision. 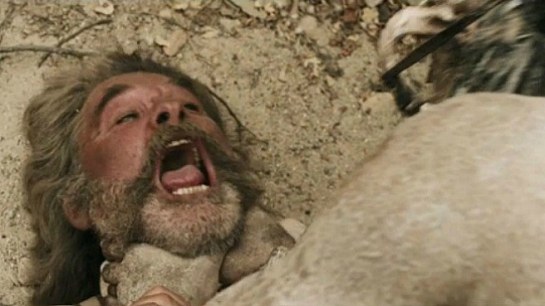 The film also surprises with its patient, slow-burning storytelling. The intensity ratchets up in the final act, but prior to that there is a surprising amount of quality character development. For Zahler his characters are clearly a main focus and he smartly anchors them with a small but impressive cast. Kurt Russell is effortlessly superb and obviously comfortable with this type of role. Richard Jenkins is an absolute treat – a pleasant mix of humor and humanity. The underappreciated Patrick Wilson is very good in what is in many ways the main character. And Matthew Fox really impresses. At first he looks a bit too stiff for his character, but over time as layers are peeled back, Fox shows a noteworthy range. He is a lot of fun.

I’m not sure how big of an audience there is for a movie like “Bone Tomahawk”. In no ways does it bow to convention or crowd pleasing. It is far from formulaic. It certainly doesn’t follow any familiar blueprint. It does meander a bit in the middle which does make it a tad longer than it needs to be, but it still manages to be something absorbing and strikingly unique. Just go into it expecting the unexpected because that is exactly what you are going to get.