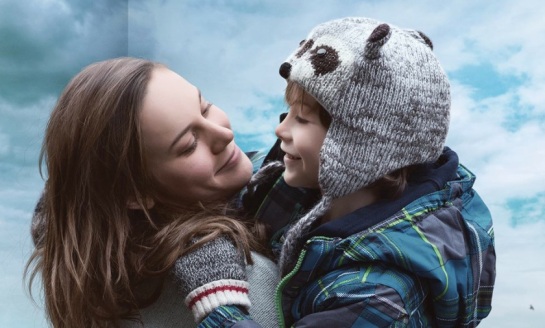 Each year a handful of movies come along, movies I was completely unaware of, and they absolutely blow me away. It’s one of the real treats of the movie year – being blindsided by a high quality film. More often than not these are smaller independent pictures that unfortunately don’t get the same press or push offered to many lesser big budget films. The succinctly titled “Room” leads this year’s small but admired group of fantastic cinematic surprises.

Irish director Lenny Abrahamson’s “Room” is based on Emma Donoghue’s 2010 award-winning novel of the same name. Donoghue was hired to handle the screenplay of what is essentially two stories. The first half is an entrancing mystery thriller while the second half deals directly with the emotional aftermath. But the core thread that runs from start to finish and the true centerpiece of the picture is the relationship between a mother and her son.

Brie Larson plays a young woman named Joy. At age 17 she was kidnapped by a man we only know as “Old Nick” (Sean Bridgers). Repeatedly raped over a seven year period, she is kept locked up in a semi-furnished garden shed. During that time she became pregnant and gave birth to Jack (played with startling authenticity by Jacob Tremblay). The two call their 10 x 10 home ‘Room’. Everything in it has meaning to young Jack (he often starts the day saying good morning to their few possessions). They have a bed, sink, toilet, bathtub, TV, a makeshift kitchen, and a skylight. They are never allowed outside. This is literally 5 year-old Jack’s interpretation of the world.

The first half of the film shows us life inside Room. Over the years Joy has created a fabricated sense of normalcy for her son. Room is the world and TV represents make-believe. Joy does everything she can to protect Jack from the reality of their situation. But sensing she can’t take anymore, Joy begins breaking down the pretend walls she created to protect her son and puts together a risky plan of escape.

The second half of the picture deals with a young boy’s discovery of the real world and a mother coming to terms with a truly horrible ordeal. We are introduced to Joy’s parents who have split up in the seven years their daughter has been missing. William H. Macy plays Joy’s father who still can’t cope with his guilt and grief. Joan Allen is fabulous as Joy’s mom, a much more stabilizing and supportive force.

Much of the film is seen from Jack’s perspective. Abrahamson does a strong job capturing the amazement of hearing a telephone or seeing a skyline for the first time. We also witness the anxiety and fears of talking to other people or even walking down a set of stairs. Everything is new to Jack (when hearing a knock on the door for the first time he warns “The door is ticking.” Even the camera works to relay these feelings, often subtly dropping to Jack’s height to observe a conversation or move from one place to another.

Young Tremblay’s performance is astonishingly genuine and the amount of emotional detail he gives is beyond his young age. And his chemistry with Larson is warm, truthful, and without a hint of artifice. Larson proved herself to be a strong dramatic actress in 2013’s “Short Term 12”. Here we see her taking on a much more complicated and demanding role. Here she does work so rich with feeling and nuance. It’s a career defining performance.

“Room” plays with so many compelling ideas – child rearing, media manipulation, maternal bonding, post-traumatic stress, and isolation just to name a few. It pulls you through a range of emotions, breaking your heart multiple times along the way. But there is an underlying hope to “Room” that is even present during the most grim moments. And ultimately this is a story of the power and saving quality of love. It’s not always easy to watch, but that beautiful theme shines brightly through the film’s uncomfortable and harrowing exterior.