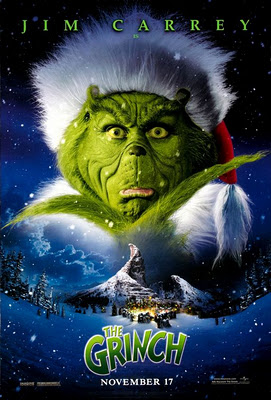 As audacious as filmmakers can sometimes be, their finished products don’t always match their ambition. Such is the case with the normally reliable Ron Howard’s “How the Grinch Stole Christmas”. When I first saw this film, I left the theater with a pretty gnarly opinion of it. My dislike has eased up after a recent viewing, this time in the presence of my two children. They thoroughly enjoyed the picture and watching their pleasure naturally impacted my experience. But while I have a slightly more favorable opinion now, it can only go so far, and I still can’t go as call this a good movie.

Howard certainly had his work cut out for him. First, making a feature-length film out of a 26 minute animated short was a challenge. The script makes some required additions, some that work but more that don’t, and gives its star Jim Carrey many scenes to just do his thing, this time in full green furry Grinch attire. When first seeing him, you’ll wonder how you’ll ever take the Grinch getup seriously. But the truth is it’s a pretty amazing transformation (Rick Baker and Gail Ryan won the Oscar for Best Makeup). Yet his shtick grows tiresome after a while and you almost feel like you’re watching a standup routine instead of a full-length movie. The film also creates storylines involving the Whos to try to stretch things out. But honestly, other than the expansion of the ‘cute as a button’ Cindy Lou character (played nicely by current hard rocker Taylor Momsen), the Whoville stuff falls pretty flat.

The second big challenge was visually capturing this unique world created by the pen of Dr. Suess in 1957 and the classic animation of Chuck Jones in 1966. I have to say the film looks pretty incredible. The scenery and background environments are gorgeous and they certainly capture the location created in the original material. Whoville is a busy and colorful place full of visual splendor which makes watching these Christmas-loving locals go about their frantic lives a bit easier in spite of Howard’s roughshod directing. On the other hand, I didn’t remember the Whos looking quite so freakish. They’re protruding front teeth, wolf-like noses, and peculiar hairdos more closely resembled small woodland rodents. To be honest, they were pretty silly looking and a bit distracting. 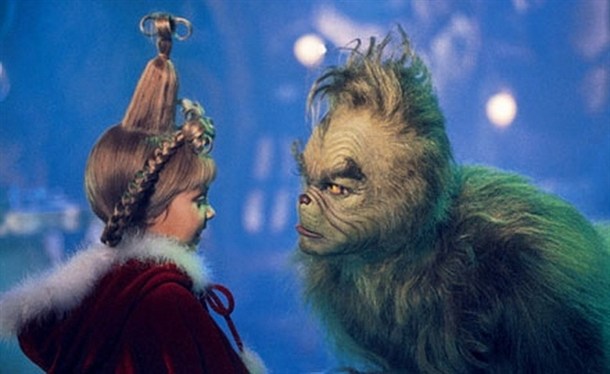 But for me this movie’s biggest transgression lies in its overall lack of charm that made the original short so great. Now to be fair, Howard does try to inject some feeling into the storyline. He does try to give it some heart. But these few instances of emotion are smothered by the film’s overall dependency on in-your-face slapstick and bathroom humor which sometimes makes it feel more like a dark comedy rather than a spirited Christmas film. The main story of the original is still intact and there are several clever nods that fans will appreciate. But unfortunately it’s missing too much of the key component that made 1966 short so special – heart and soul. Carrey gives it his all, but Howard pushes too far.

“How the Grinch Stole Christmas” would be tough for any filmmaker to transform into a feature-length film. But here Ron Howard shows us enough to know that it can be done. But he, along with a sometimes grinding script, undermine everything they get right. Yet I still have to say that my reaction to the film now isn’t as negative as it initially was. In fact, I can appreciate what the film does well a lot more especially after watching it with my kiddos. But even with all of its aspirations and risk-taking, it still falls short of being the fun movie it could have been. With a little more polish and a lot more restraint, this could have been a holiday treat. Instead it’s a repetitive and sometimes laborious exercise that just doesn’t pack the emotional punch that it should. That’s a shame.

8 thoughts on “REVIEW: “How the Grinch Stole Christmas””