Yesterday I started my reflection on my favorite acting performances of 2018. The ladies started strong and now it’s the men’s turn. The Supporting Actor category was equally good with several true stand-outs. This was a bruising category and cutting some from the list really stung. But those are the rules so here are my choices for Best Supporting Actor.

I know, I know. Nicholas Hoult over some real heavy hitters like Elliot, Ali, and Chalamet sounds ludicrous. So be it. Hoult was one of the few things I truly loved about “The Favourite”. His hilariously off-kilter performance was something I wasn’t expecting. He and his preposterous wigs stole every scene they were in.

If you have seen Hugh Grant in “Paddington 2” you know precisely why he’s on this list. Talk about a hysterical turn from a great actor who in some ways is riffing on his own career. Of course he takes it to absurd levels which makes it all the better. Oh, and his mid-credits musical number – magical!

Why on earth aren’t more people talking about Russell Hornsby’s brilliant work in “The Hate U Give”? I’m guessing a lot of people gave the film a pass which is a real shame. Hornsby offers up a powerful portrait of a loving father bruised by his past. He gives us a real-world character who has a lot to say.

Remember back in February when everyone was talking about Michael B. Jordan’s riveting performance in “Black Panther”? That talk seems to have died down during awards season and it’s really a shame. His Erik “Killmonger” Stevens is a fascinating villain who is both menacing and sympathetic. 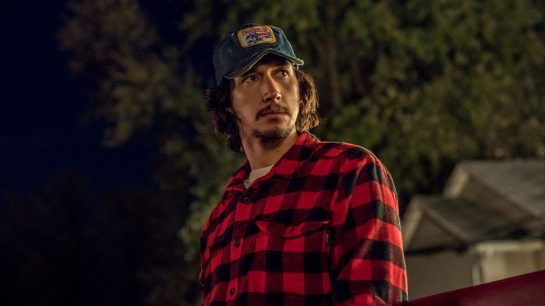 It’s good to see Adam Driver getting so many nominations this season. I would love to see him finally get a win. Driver has turned into one of my favorite actors and director Spike Lee taps into why. He’s so low-key yet never does he feel false. And his dry sense of humor is a great fit for this particular character. It’s such a perfectly well-rounded performance. I love it.

So there you have the supporting fellows. What do you think? Tell me what I got right and where I went wrong in the comments section below. Tomorrow it’s the Lead Actress category.