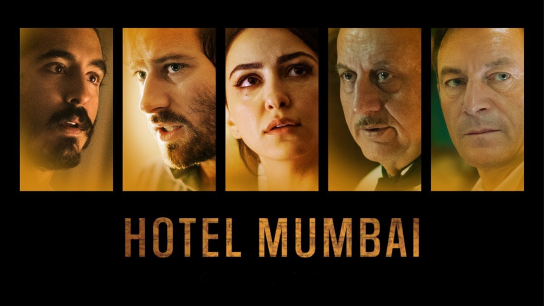 In November of 2008 ten Pakistani terrorists unleashed a series of attacks across Mumbai, the most populous city in India. Among their targets was a historical train station, a popular cafe, a Jewish community center, and two of the city’s signature hotels. 166 people were killed in the attacks and over 300 were injured.

“Hotel Mumbai” is the feature film debut for its director Anthony Maras. It’s a fictionalized account based on a 2009 documentary short “Surviving Mumbai” and specifically the attack on the Taj Mahal Palace Hotel. The timing of the film’s release is unfortunate considering the still raw and painful emotions following the recent mosque mass shootings in New Zealand. This is certain to effect some perspectives. 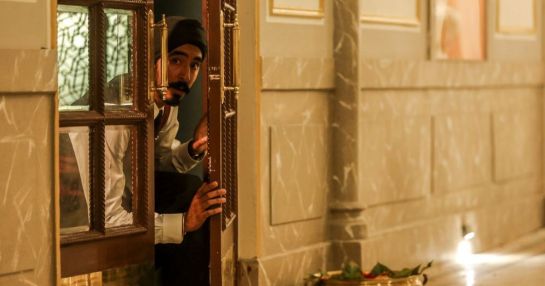 Dev Patel serves as our entry point into a story filled with a wide assortment of characters. He plays Arjun, a waiter at the Taj Mahal Palace Hotel with a wife at home expecting their second child. So instantly we have our first of several rooting interests.

Most surprising is the depth Maras gives to the young Pakistani terrorists. We first see them as they arrive by small boat and quickly disperse across the city to their assigned targets. The movie hints at things such as socioeconomic conditions that could have pushed them to such violence but it never goes as far as to make them overtly sympathetic. Just the opposite. They kill without the slightest tinge of conscience. Their demeanors are cold and calloused, their faces blank and emotionless. No theatrics, just a businesslike approach to slaughter. It’s unsettling and chilling to watch.

Maras does challenge the audience to look into the face of radicalization. He shows us twenty-somethings from impoverished backgrounds driven by extremism to hate non-Muslim cultures and any semblance of wealth. They are instructed by the disturbing voice in their earbuds coming from a puppet-master known only as “The Bull”. He fuels their hate and wants “the screams of the victims to be heard by the world”. These young men are fanatics who have been weaponized by their handlers to coldly carry out their well-planned atrocities. And they follow with little to no resistance.

Of course most of this is brought to light within the enormous Taj Hotel where terrified staff and guests scramble for safety among the chaos and carnage. Hope is hard to come by especially when we learn how ill-equipped the city was to respond (Mumbai had no tactical units to counter such an attack). But Maras shows amazing acts of kindness and bravery born from the human spirit in the face of such disturbing inhumanity. There is no single hero and thankfully no puffy-chested machismo. Just true-to-life characters with personal stakes trying to survive. We occasionally lose track of some of them, but ultimately Maras does a good job putting us in their shoes. 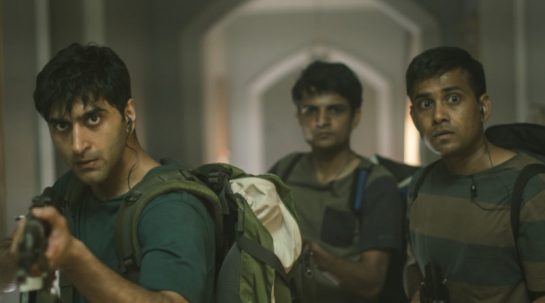 There are many instances where “Hotel Mumbai” subverts your expectations whether it’s the disciplined use of the score or its ability to stay true to the horrific violence without always showing the bloodiest results. But there are a couple of times where you can almost see the Hollywood influence creep its way in. The worst is a cringe-inducing scene meant to speak to racial profiling but that comes across as ridiculously scripted and completely false. It literally yanked me out of the otherwise relentless white-knuckle tension.

Predictably some have been quick to dismiss “Hotel Mumbai” as ill-advised and exploitative. I didn’t see it that way. Unflinching and uncomfortably relevant, perhaps. Ill-advised and exploitative, no. Maras and co-writer John Collee did hours of interviews with survivors and witnesses. Much of that is what shaped their story and characters. This is no sanitized account. It’s gritty and admittedly tough to watch. But it could also be one of the more authentic portrayals of its kind. It certainly left me rattled.