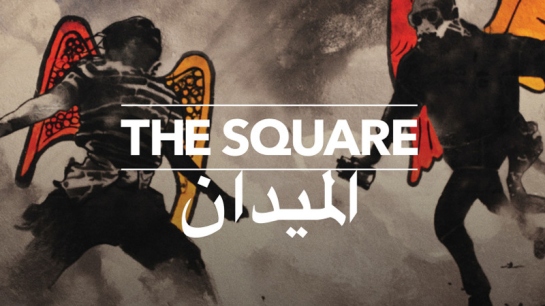 2013 was an interesting year for documentaries. It gave us gripping and unsettling exposés, intriguing characters studies, and attention-getting activist films. But perhaps my favorite documentary of the year was the Egyptian-American film “The Square”. It comes from Jehane Noujaim and focuses on the recent Arab Spring specifically the Egyptian Revolution and the events surrounding it. “The Square” is an enthralling film told with a discerning eye and it has rightly earned an Academy Award nomination for Best Documentary.

“The Square” refers to Cairo’s Tahrir Square. It’s a location that became the central hub for a revolution. The film picks up in the spring of 2011 as the Egyptian people, tired of the corrupt and oppressive Mubarak controlled government, rise up and let their voices be heard. These people are from every Egyptian walk of life, each sharing the common desire to be free from the regime’s grasp. Change comes but it is accompanied by lies, defections, violence, and the realization that change isn’t always for the better. 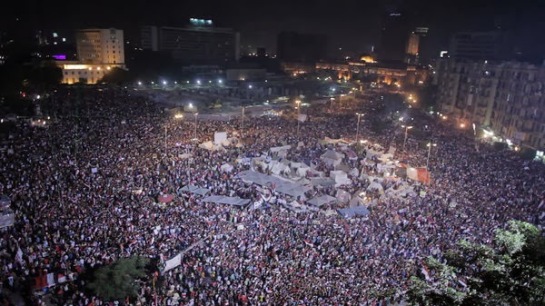 What makes “The Square” so absorbing is that it’s told from the ground. Noujaim chronicles the events starting with the initial protests that led to the military overthrow of Mubarak. From there if shows the military’s dictatorial stranglehold of the Egyptian people and their violent responses to the next wave of revolutionary protests. Then there is the presence of the Muslim Brotherhood which adds more layers of complexities to the already volatile landscape. And it’s all visualized through the cameras of those present at the time. It’s vividly documented and some of the raw footage we see is incredible.

While telling this story, Noujaim introduces us to several fascinating individuals from different backgrounds who form a united bond. One young man has known nothing but Mubarak’s rule. He uses his passion to give speeches at protests and rallies in hopes of growing the revolution. Another man is a popular actor who follows his convictions and leaves his comforts to join his people in their stands against the government. And then another man who is a member of the Muslim Brotherhood and ends up torn between them and his revolutionary friends. These and several other people help put faces to this fluid and intense three years. 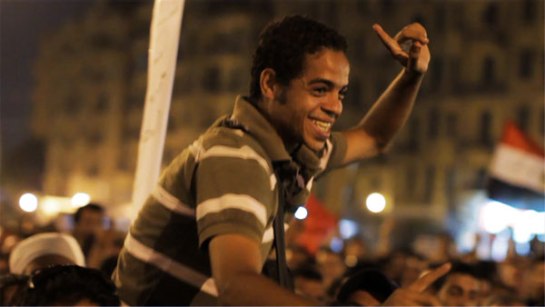 Noujaim chronologically lays out everything from the mindsets to the events and she does it by putting us there. But the magnificence of the film isn’t just found in the capturing of shocking scenes of military violence. We listen in on spontaneous street debates which reveal the confusion, frustration, optimism, and in some instances naïveté of the people. We also hear private discussions about tactics and organization. All of these things develop an amazing sense of place and give us an unprecedented look at the true heroes behind the revolution.

“The Square” is a remarkable piece of documentary filmmaking that is both riveting and eye-opening. It educated me from a perspective that was missing from the news articles and reports I had seen. Jehane Noujaim deserves a ton of credit for bringing this together through a style that required great skill. This could have been just another political documentary but instead it’s a gripping experience that is sure to draw you to the cause of these passionate and hungry people.