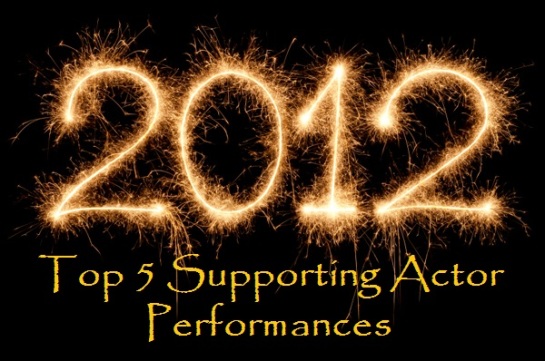 Yesterday it was the ladies, today it’s the men. Today I’m listing the Top 5 Supporting Actor Performances from 2012. This category was a very strong one and I had a tougher time narrowing this field to five than any other. I think you’ll notice that there is such a wide range of performances on this list. There are good guys, bad guys, and some guys you just can’t figure out. But everyone gives a wonderful performance and deserve the recognition. So enough rambling. Here are the 5 Best Supporting Actor Performances (according to me)… 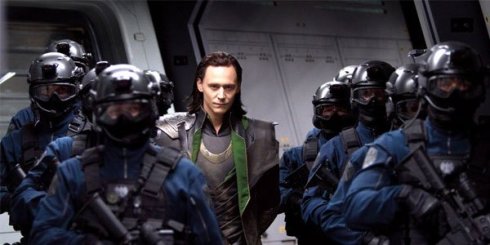 This is certainly not an Academy-like pick but it’s a worthy one. I love Tom Hiddleston and he could easily appear in two spots on this list. He was fabulous in “The Deep Blue Sea” but I’m going with the flashier and definitely more explosive performance from “The Avengers“. When Hiddleston is on screen as the mischievous villain Loki you can’t take your eyes off him. His conniving smiles, his devilish arrogance, and his way with words make the character one of the most entrancing villain you’ll see. I love the performance and I’m making up for where the Academy dropped the ball. 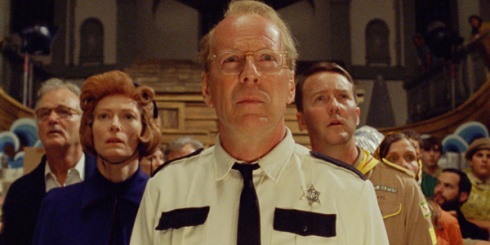 Writer and director extraordinaire Wes Anderson quite possibly writes some of the most quirkiest characters in cinema history and I love them. “Moonrise Kingdom” has a couple of great characters and performances that could have made this list but I’m going with Bruce Willis. He plays a small community police captain with his own bit of baggage. Willis melds perfectly into Anderson’s accentuated world. He brings some great laughs as well as some pretty heartfelt moments. Willis gets it all right and even his funky blonde hairpiece works to perfection. 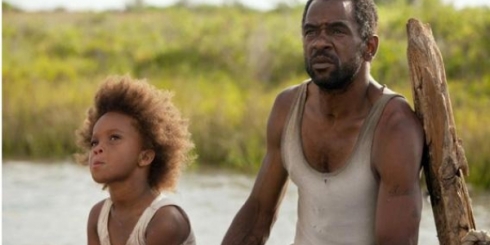 It’s hard to believe that this was Dwight Henry’s first real acting gig. His performance as an ill-equipped and ill-tempered father in the poverty-stricken New Orleans delta was outstanding. Henry owned a bakery before landing this role but you would never know it. He brings such a boisterousness and volatility to the character that is essential to making everything work. At times you want to punch him in the face. Other times you want to cry for him. Henry has made a big splash with his first role and hopefully more people will now get to experience it in “Beasts of the Southern Wild“. 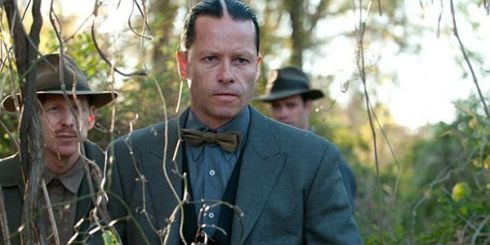 I don’t think there is a role that Guy Pearce can’t handle. In “Lawless” he plays a rather twisted special deputy sent to the hills of Franklin County, Virginia to put a kink in the moonshiner rings. Pearce has an absolute blast with the role and shows it through his creepy appearance and violent temperment. Several of his scenes stand out including his initial face-off with Tom Hardy. Pearce gives us a true villain and you hate him without any question. I loved this performance and it was one of my favorite bits of supporting work of the year. 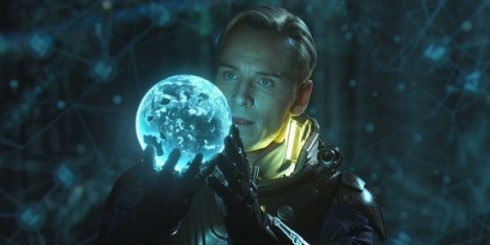 Michael Fassbender has become one of cinema’s best actors and I knew from the opening moments of “Prometheus” that I was in for a real treat. In the movie he plays an android named David and throughout the film we are trying to figure him out. Fassbender’s emotionless demeanor and cryptic forms of speech make him impossible to read and I loved watching him slither in the background of many of the scenes. This was a unique and pivotal role in the movie and Fassbender handles it with ease. I know some have had issues with “Prometheus” but how can you not love his performance.

So there are the 5 Top Supporting Actor Performances for 2012. What are your thoughts on the category? Where did I go wrong? Tommorow it’s back to the ladies as I unveil my Top 5 Lead Actress Performances.