One of my favorite movie actors of all time is the great Jimmy Stewart. Throughout his career which spanned almost 60 years, Stewart compiled an incredible resume full of some truly classic movies. Known as an everyday man, Stewart had a great charisma and a wonderful likability on-screen. But his greatness wasn’t just restricted to the movies. He had an impressive military career serving his country during World War 2 and the Vietnam War. But keeping with his movies, I thought I would show this great actor some love by looking at five phenomenal movies of his. Now it’s hard to call this the definitive list. But I have no problems saying that these five Jimmy Stewart films are simple phenomenal. 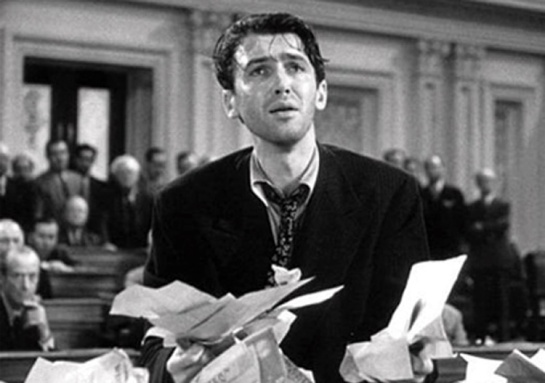 This is the movie that made Jimmy Stewart into a big time movie star. “Mr Smith Goes to Washington” is the story of a simple but honest man who is sent to Washington to fill the position of a recently deceased Senator. Supposedly Stewart’s character would be easy to control and corrupt but that doesn’t turn out to be the case. This gem from Frank Capra caused a huge stir in Washington with several Senators and other government officials slamming it for daring to address possible corruption in our system. Regardless, Stewart is fantastic and his performance earned him a much deserved Oscar nomination.

Heralded by many (including the new Sight and Sound Magazine’s Greatest Movies list) as the best film of all time, this Hitchcock and Stewart collaboration has reached an iconic status. Personally, I don’t see it as the best movie of all time or even the best Hitchcock film but there’s no denying how wonderful Stewart is in the picture. The story is intriguing and suspenseful although at times slow and with a unfullfilling conclusion. But watching Stewart handle the material is a joy and I still say that his performance is the best thing about the film.

In 1940, Jimmy Stewart played in one of my favorite romantic comedies of all time – “The Philadelphia Story”. Teaming up with greats Cary Grant and Katharine Hepburn, Stewart still shines as a reporter who ends up in a tangled and sometimes hilarious web of love with Hepburn in the center. Grant and Hepburn are just as good as you would expect but I love Stewart’s performance. This is a great film and Stewart won his only Best Actor Academy Award for this role. 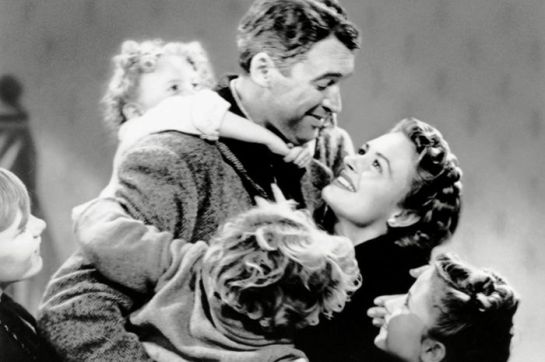 By now everyone knows “It’s a Wonderful Life” because of its status as a Christmas classic and I certainly wouldn’t take anything away from that. But it’s also a brilliant movie that’s driven by Jimmy Stewart’s fantastic work as George Bailey. From his onscreen chemistry with the gorgeous Donna Reed to his believable fall and eventual rise, Stewart owns every scene. He’s surrounded by a superb supporting cast and Capra’s direction is spot-on. But “It’s a Wonderful Life” wouldn’t be the classic it is without Jimmy Stewart. 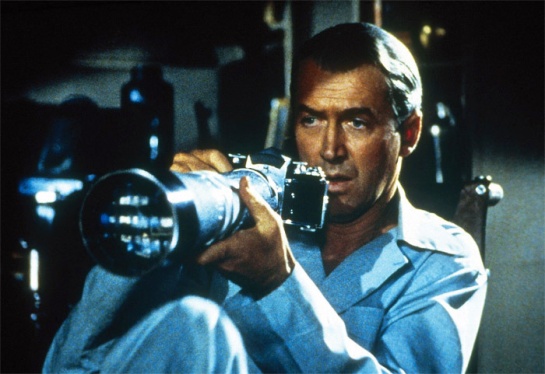 While “Vertigo” gets most of the love between Stewart’s collaborations with Alfred Hitchcock, “Rear Window” is my personal favorite movie from Stewart as well as my favorite Hitchcock film. Elaborately staged and at times incredibly tense, “Rear Window” confines Stewart to one room where he becomes a voyeur, peeping into the lives of his numerous neighbors. He soon suspects one neighbor of foul play and as the story unfolds we wonder if he’s right or if he’s allowed his snooping to manufacture something that’s really not there. Stewart has a tricky role but he nails it and this is one of those movies that I can sit down and watch at any time. Stewart and Hitchcock at their best.

There ya go folks. My 5 phenomenal Jimmy Stewart movies. So what are your thoughts on this tremendous actor? Are you a fan or is he not your cup of tea? Please share your thoughts.